Why Are Central Americans Fleeing Their Homes?

Thousands of Central American children and adults are arriving at the U.S.-Mexico border seeking asylum. The monthslong migration event has been making headlines across the nation and has spotlighted the countries of El Salvador, Guatemala, and Honduras —where most of these migrants are from. In this conversation and live Q&A, Matthew Rooney, Bush Institute-SMU Economic Growth Initiative Managing Director, discusses with representatives from each country why there is an increase in people fleeing their homes and making the dangerous trek to the U.S. Claudia Umaña, FUSADES Vice President from El Salvador; Maria Kaltschmitt, Zen Interactive Media Managing Partner and Board Member of FUNDESA from Guatemala; and Guillermo Peña, Fundación Eléutera Chairman from Honduras, also offer insights into how the region can create a path to sustained economic growth and what the U.S. can do to mitigate future surges.

A Digital Strategy for Competitiveness and Integration in the Northern Triangle

Central America Prosperity Project: The Northern Triangle Is Ready for a Digital Trade Agreement with the United States 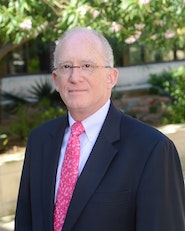 Matthew Rooney joined the Bush Center in June 2015 following a career as a Foreign Service Officer with the U.S. Department of State. As head of the Bush Institute-SMU Economic Growth Initiative, Mr. Rooney has focused on analyzing the impacts of NAFTA on the growth, job creation and competitiveness of the economies of the United States, Canada, and Mexico. His work has also focused on building a network of thought leaders in Central America committed to promoting economic policy reforms to put that region on a sustained and broad-based growth track. The Bush Institute-SMU Economic Growth Initiative has produced a significant body of work analyzing the benefits of immigration for U.S. economic growth and promoted common-sense reform at the federal level. Under his leadership, the Bush Institute has developed a partnership with the SMU Department of Economics to produce analysis and advocacy on domestic policy constraints on growth. 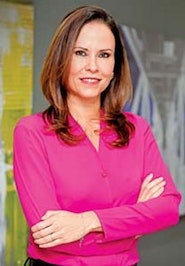 Claudia Umaña Araujo is a lawyer, activist and legal researcher born in San Salvador, El Salvador. While studying for her law degree from the University Dr. Jose Matías Delgado, the country went through one of its most convulsive times. These circumstances had a great impact on her life and is what has lead her to devote most of her career to the pursuit of modernization of the State, search of opportunities through trade and the promotion of the importance of transparency and rule of law as the path to prosperity and peace. 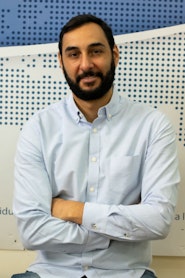 Guillermo Peña is a political economist working both in the non profit sector as President of Fundación Eléutera since 2013, and in the private sector as CEO of Blackbeard Media Group, a brand strategy and business intelligence firm.  He is an Active board member in Asociación de Zonas Francas de las Americas (AZFA) and Asociación Nacional de Industriales (ANDI).

María Kaltschmitt co-founded Zen Interactive Media with the vision of creating a new, dynamic and boutique digital agency in Guatemala. At Zen, Ms. Kaltschmitt is leading a women only team to differentiate the agency by giving clients a more personalized service tailored to digital industry trends. Ms. Kaltschmitt has several years of experience in the advertising and digital industry in Guatemala and the Central American region, and has worked with lists of clients, including several multinational companies and large local business conglomerates.