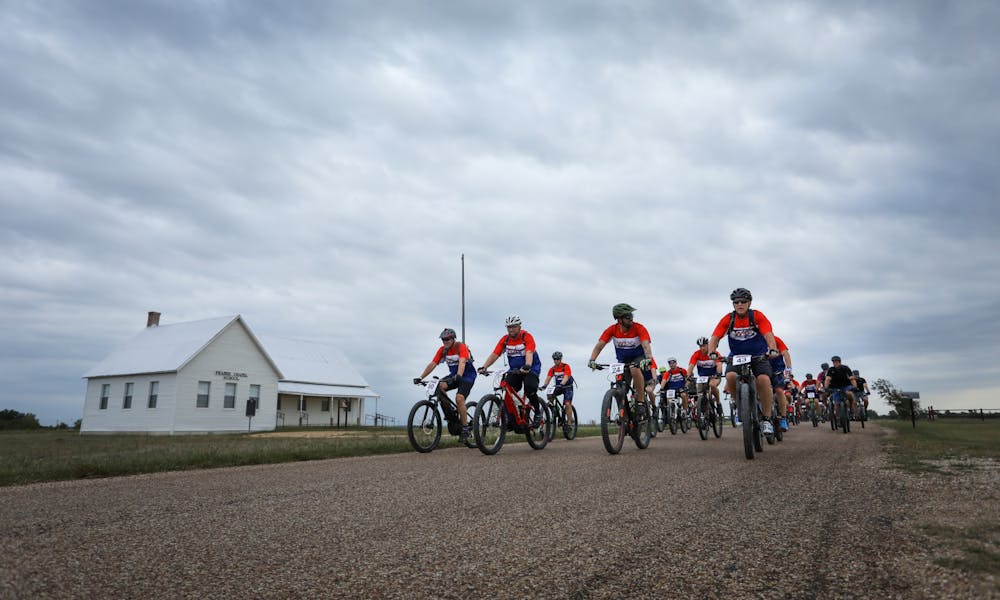 The W100K, part of the Bush Institute's Military Service Initiative, showcases the courage, commitment, and resilience of these warriors and underscores the importance of sports as part of the rehabilitation process for our men and women injured on the front lines. This year’s bike ride honors alumni of Team 43 who have participated in previous W100K rides and highlight the work of the Bush Institute’s Warrior Wellness Alliance.

Many of the riders in this year's event are featured in President Bush’s book and corresponding exhibit currently at the George W. Bush Presidential Center, Portraits of Courage: A Commander-in-Chief’s Tribute to America’s Warriors.

President Bush and the Team 43 warriors take off for the final day of the #W100K pic.twitter.com/1TpxsVj2vZ

That's a wrap! Another great #W100K honoring the service and sacrifice of our warriors. #KnowOurVets

Mrs. Bush welcomes the caregivers and spouses of the 2017 W100K warriors for a conversation about the important role they play. #KnowOurVets

'Like a family reunion': Veterans join Bush for bike ride at his Texas ranch https://t.co/adXoAoO3oe via @dallasnews & @claireballor

Special Thanks to Our Sponsors