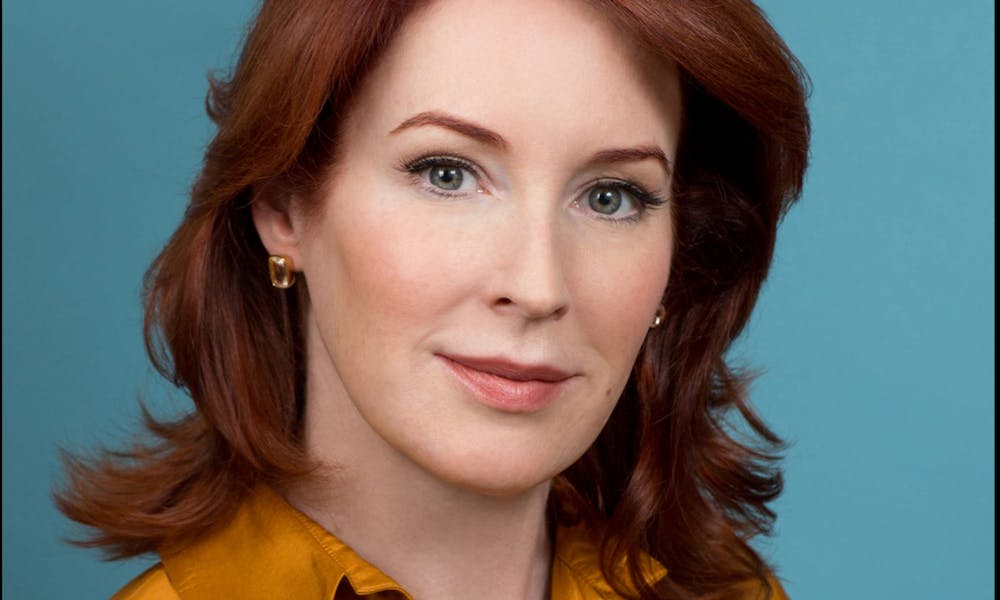 Former Deputy National Security Advisor Meghan O'Sullivan will signing her book, Windfall: How the New Energy Abundance Upends Global Politics and Strengthens America's Power on Saturday, September 9 at 11 a.m. in the Museum bookstore. Museum admission is not required to attend the free event.

In this bold, new book, Harvard professor and former Washington policymaker Meghan L. O’Sullivan offers us a compelling, alternative explanation for why world events are unfolding as they are. Based on travel to over two dozen countries and hundreds of interviews, Windfall vividly portrays how energy is – and has been – a much more important driver of foreign affairs than so many other factors given much more attention. This book provides its readers a fascinating and forceful new lens through which to view both the past and the future.

O’Sullivan unpacks an energy world that is complex and technical in a way that will captivate both novice and expert readers. Telling stories about people and historical events, she explains the dynamics behind the dramatic energy revolution of the last decade and provides insights into where this on-going phenomenon is headed. Bringing together two worlds that are too rarely connected, O’Sullivan demonstrates how the move from global energy scarcity to energy abundance is shaping the interests and strategies of governments around the world. The implications for the United States – the source of the technology and innovation that launched the energy revolution – are as profound as they will be surprising to many. From bolstering America’s economic prowess to offering the United States more options to lead internationally, recent energy developments are truly a boon to U.S. power. But America is not the only country or region transformed by the new energy abundance. O’Sullivan describes how Europe, Russia, China, and the Middle East also are grappling with the impact of a transformed energy landscape – and how these struggles have collectively reordered the way the world works. O’Sullivan offers readers astute analysis and entertaining anecdotes. Drawing on her experience as a former policymaker, she also sounds an urgent call to Washington to embrace a fresh mindset, one which sees America’s energy situation as an asset, not a vulnerability. She provides a wide-ranging set of ideas to policymakers in the United States and elsewhere about how to capitalize on, or adapt to, the new energy realities. In the words of former World Bank president Robert Zoellick, Windfall is “an insightful, modern companion to Dan Yergin’s Pulitzer Prize winning book, The Prize.” It unveils how energy abundance is transforming the fates and fortunes of the world’s most powerful countries and companies – making it a readable and engrossing guide for leaders in business and government who need to how, where, and why these new energy realities matter.

Meghan L. O’Sullivan is the Jeane Kirkpatrick Professor of the Practice of International Affairs and the Director of the Geopolitics of Energy Project at Harvard University’s Kennedy School. Her expertise includes the geopolitics of energy, American foreign policy, decision making in foreign policy, nation-building, and the Middle East. Her third book, Windfall: How the New Energy Abundance Upends Global Politics and Strengthens America’s Power, will be published by Simon & Schuster in September 2017.

At Harvard, Professor O’Sullivan runs the Geopolitics of Energy Project at the Belfer Center at Harvard University’s Kennedy School. The project brings together experts from the realms of academia, industry, and government to explore the complex interactions between energy markets and international affairs. Dr. O’Sullivan also has extensive experience in policy formulation and in negotiation. Between 2004 and 2007, she was special assistant to President George W. Bush and Deputy National Security Advisor for Iraq and Afghanistan during the last two years of her tenure. There, she helped run two strategic policy reviews: one on Afghanistan in the summer of 2006 and one on Iraq in late 2006 and early 2007, which led to the “surge” strategy. In her job at the National Security Council, Dr. O’Sullivan was responsible for building consensus around new policy directions in Iraq and Afghanistan, as well as overseeing their execution. Dr. O’Sullivan spent two years from 2003-2008 in Iraq, most recently in the fall of 2008 to help negotiate and conclude the Status of Forces Agreement (SOFA) and strategic framework agreement between the United States and Iraq. During an earlier posting in Baghdad, O’Sullivan also helped negotiate the Transitional Administrative Law, which was the interim constitution of Iraq from 2004-2006.

From July 2013 to December 2013, Professor O’Sullivan was the Vice Chair of the All Party Talks in Northern Ireland. These negotiations sought to resolve issues that have been persistent obstacles to achieving a more durable peace in Northern Ireland since the 1998 Good Friday Agreement. Other positions held by Dr. O’Sullivan was also include senior director for strategic planning and Southwest Asia in the NSC in 2004; political advisor to the Coalition Provisional Authority administrator and deputy director for governance in Baghdad; chief advisor to the presidential envoy to the Northern Ireland peace process; and a fellow at the Brookings Institution. Dr. O’Sullivan is an adjunct senior fellow at the Council of Foreign Relations, a columnist for Bloomberg View, and a consultant to Hess Corporation, and a member of the International Advisory Group for the British law firm, Linklaters. She is a trustee of both the German Marshall Fund and the Friends of Inter Mediate, a UK-based non-profit focused on the most complex and dangerous world conflicts. She is on the Executive Committee of The Trilateral Commission and a member of the board of The Mission Continues, a non-profit organization to help veterans. She is also a member of the Aspen Strategy Group and on the advisory committee for the Women’s Initiative at the George W. Bush Institute. She was a Henry Crown Fellow from 2015-2017 and a Henry Luce Fellow from 1991-1992.

Professor O’Sullivan has been awarded the Defense Department's highest honor for civilians, the Distinguished Public Service Medal, and three times been awarded the State Department's Superior Honor Award. In 2008, Esquire Magazine named her one of the most influential people of the century. O’Sullivan earned a bachelor’s degree from Georgetown University, a masters of science in economics and doctorate in politics from Oxford University.