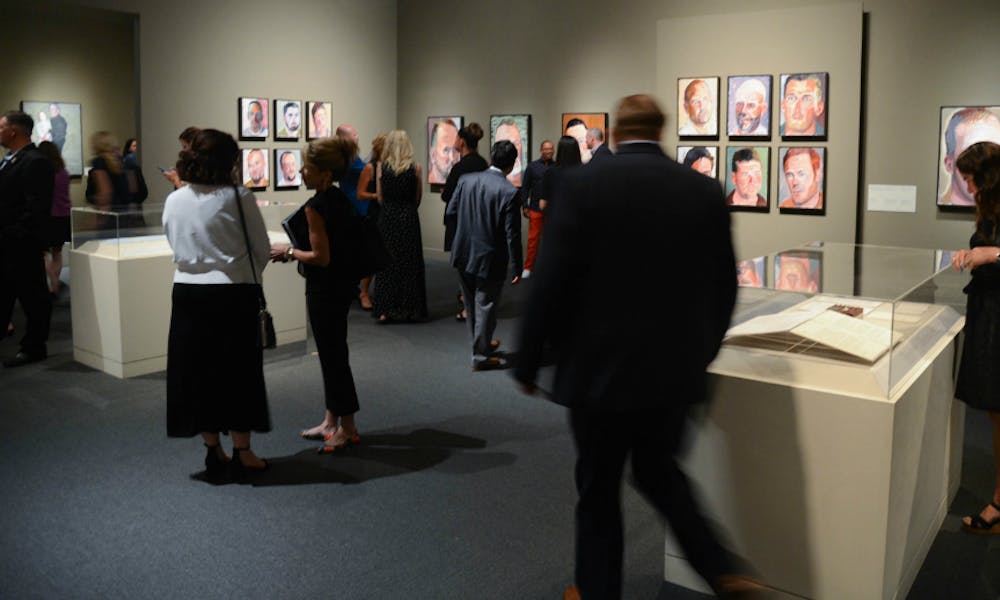 This event is sold out.

President Bush has dedicated much of his post-presidency to honoring our nation’s post-9/11 veterans and helping them make a smooth transition to civilian life, including addressing the invisible wounds of war.

Growing out of President Bush’s own outreach, and the ongoing work through the Bush Institute’s Military Service Initiative, Portraits of Courage brings together sixty-six full-color portraits and a four-panel mural painted by President Bush. Each portrait features a post-9/11 warrior, most of whom are members of Team 43, a group of alumni from the Bush Center’s Warrior Open and W100K.

There will NOT be an opportunity to take photographs during the signing.