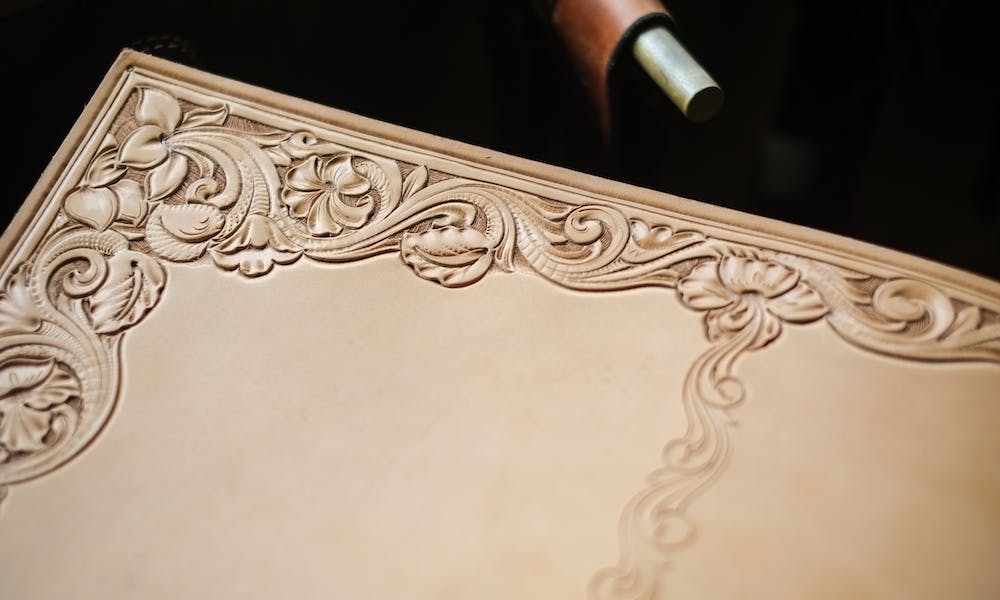 Wyman Meinzer and Henry Chappell have collaborated on the new book, Horses to Ride, Cattle to Cut: The San Antonio Viejo Ranch of Texas. They signed copies at the Bush Center Store atop a hand-tooled leather-topped writing desk that is a collaboration between Bell & Oak Leather Goods and Pastrana Studio, and commissioned by the Bush Center Store.

Wyman Meinzer is the only official State Photographer of Texas, named so in 1997 by the Texas State Legislature and then-Governor George W. Bush, an honor he still holds today. Wyman has photographed and/or written 26 large format books and his images have appeared on more than 250 magazine covers.

David Baxter, former editor of Texas Parks & Wildlife Magazine, described Meinzer best when he called him “a man with the eye of a nineteenth-century impressionist painter and the soul of a buffalo hunter.”

Clint Wilkinson is the founder of Bell & Oak, creating fine leather goods for the Bush Center Store. While his keychains and coasters are top selling items, his breathtaking hand-tooled leather-work is the real showstopper. His grandfather, who opened Weldon’s Saddle Shop in Denton in 1957, is a member of the Texas Rodeo Cowboy Hall of Fame. Carrying on the family tradition, Clint makes all Bell & Oak products inside Weldon's using his grandfather's original tools.

Kate and Julian Pastrana create custom furniture that appears to grow straight out of nature. Texas native woods, live edges, and hand shaped curves provide an at once rustic and mod-ern aesthetic. They live and work in a home studio set in the country outside of Denton, Texas. Ryan Polly of Maker Table summed them up best, “Pastrana Studio’s work is like a Danish mid-century modern furniture designer took a vacation in Texas and never left.”