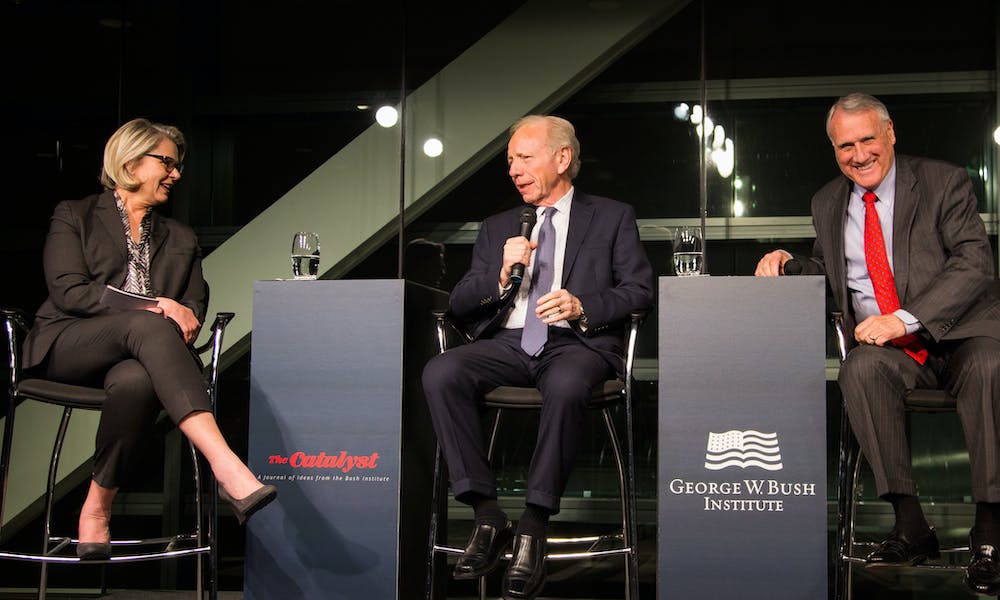 The Catalyst: A Journal of Ideas from the Bush Institute is a quarterly digital publication that presents compelling essays that address a central policy question or theme.

The Bush Institute launched its new digital publication, The Catalyst: A Journal of Ideas from the Bush Institute, with an event this week at the Newseum in Washington, D.C. Participants at the gathering included Senators Jon Kyl and Joe Lieberman, who co-authored an essay in the inaugural issue of The Catalyst. Their piece, "The Case for American Internationalism," was one of several essays that focused on the role that America should play over the next four years. Other articles looked at challenges that need leadership here at home.