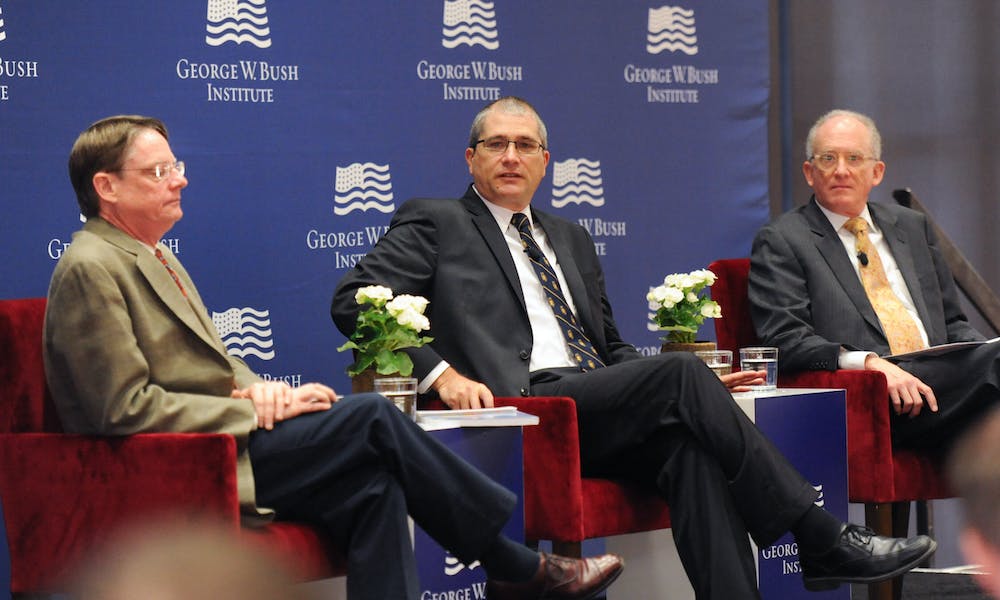 On Wednesday, November 4, 2015, the Bush Institute launched a “North America Scorecard” to compare the competitive positions of the U.S., Canada, and Mexico in the global economy.  The Scorecard benchmarks North America’s performance in international rankings on issues like business climate, innovation, openness to trade and good governance against the performance of other major countries and trade groupings.

The official Scorecard unveiling took place at the Bush Institute with President Bush delivering remarks.  The event consisted of two-panel sessions, a presentation and demonstration of the Scorecard with a brief Q&A followed by a discussion of North American competitiveness. A keynote address of North America as the key to U.S. competitiveness concluded the morning session. The Dallas Morning News co-hosted the event.

This project is a part of the Bush Institute’s Economic Growth program, which is focused on advocating free market policies to strengthen economic integration in North America.  A stronger North America will bolster U.S. competitiveness in the global economy.  The Scorecard uses data collected from third party sources to assess North America relative to other major regional economies and countries with large economies.