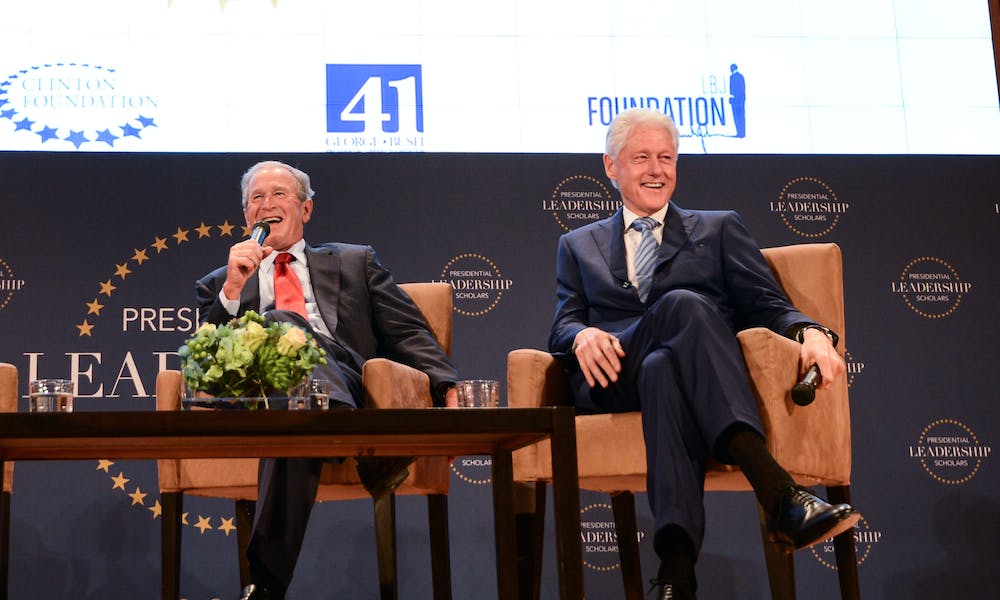 President George W. Bush and President Bill Clinton spoke at the graduation of the inaugural class of the Presidential Leadership Scholars program, a partnership between the presidential centers of George W. Bush, William J. Clinton, George H.W. Bush, and Lyndon B. Johnson. The 60 scholars include individuals from diverse backgrounds and geographies from a variety of sectors, including private, public, non-profit, military, and academia, who were selected because of their desire and capacity to strengthen their leadership skills.

Since February 2015, the scholars have traveled once a month to a participating presidential center to learn from former presidents, key administration officials, and leading academics. They studied and put into practice varying approaches to leadership, developed a network of peers, and exchanged ideas with mentors and others. They also developed a personal leadership project, intended to make a significant difference in their communities, across the country, or around the globe.

Presidents Bush and Clinton participated in a moderated conversation at the graduation ceremony. The event also included a conversation with entrepreneur Mark Cuban.  For more information, visit: www.presidentialleadershipscholars.org.

Highlights of the Event