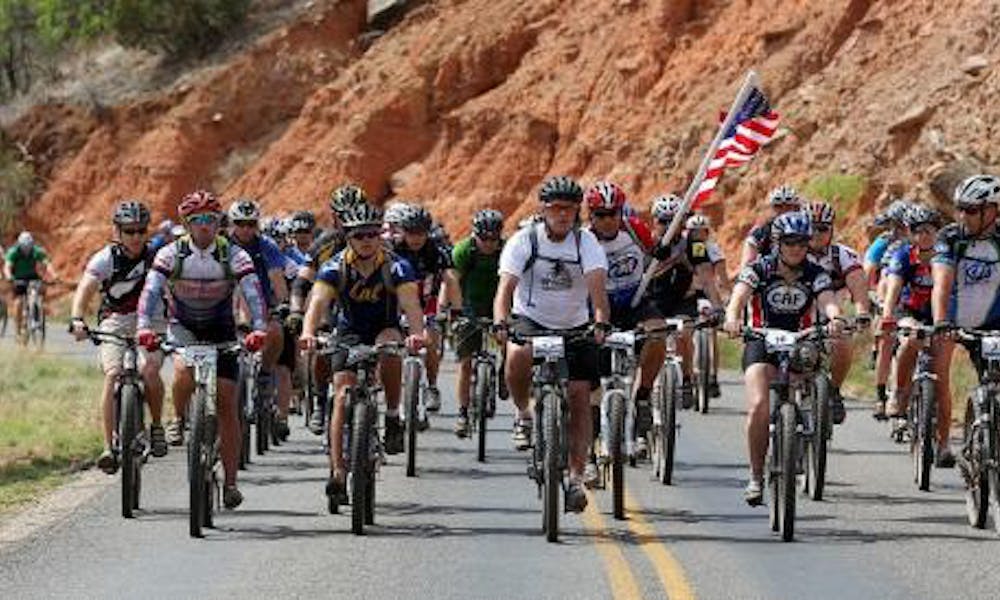 On April 26-28, 2012, nineteen servicemen and women wounded in Iraq or Afghanistan joined President George W. Bush for a 100 kilometer mountain bike ride in Palo Duro Canyon State Park. As part of the George W. Bush Presidential Center’s Military Service Initiative, the W100 highlights the bravery and sacrifice of the warriors wounded in the global war on terror, as well as those organizations that have made continuing commitments to supporting America’s heroes.

The three-day event provides an opportunity to highlight the good work of military support organizations and is sponsored by several companies and individuals that have generously contributed their time and resources to support America’s servicemen and women. The 2011 W100 was the first event for the Military Service Initiative of the Bush Center.