Technology Can Bring Neighbors Together, but Don't Forget the Baked Goods

Social media has changed the way local communities function, but technology used the right way can bring neighbors together and begin restoring trust in community.

When we moved into our house in Florida in 2011, a neighbor welcomed us to the block by sending over a plate of delicious chocolate chip cookies. We were pleasantly surprised by their old-school act of kindness. Within a day or two, our kids went over to deliver a thank you note. No one answered, so they left the note on the door.

In the five years we lived there, we never had another interaction with them, and in fact never actually saw the people who sent the cookies.

This lack of contact with the people right down the block is commonplace according to surveys by the Pew Research Center. They show each year that Americans know less and less about their neighbors. The Boston Globe reports that trust levels are down and loneliness is up.

Technology has had a profound impact on the weakening of our community relationships. We no longer need to ask a neighbor for a recommendation for a good house painter, landscaper, or plumber. There are apps for that. There is no need to ask a neighbor to borrow a cup of sugar when Amazon Fresh will deliver groceries to your door in a few hours. Our new virtual friends Alexa and Siri provide us with all kinds of information.

Technology has had a profound impact on the weakening of our community relationships. We no longer need to ask a neighbor for a recommendation for a good house painter, landscaper, or plumber.

Looking for a lost dog? A post on the Nextdoor app in many communities is more efficient than hanging signs on telephone poles or knocking on doors.

According to Joe Cortright of City Observatory, technology has been “a mixed blessing” in our communities. It facilitates networking, which is helpful and efficient, but first television, then the internet, then smartphones, social media, podcasts, and streaming services like Netflix “enable people to cocoon themselves in their own audio environments.” Harvard Public Policy Professor Robert Putnam calls it “individualizing” our leisure time, “thus cracking the traditional social bonds that held society together.”

Even in the age of “social” media, Pew reports, Americans have become more disconnected from one another in many aspects of daily life. Unless you have a dog to walk, you may rarely see your neighbors, much less get to know them.

Even in the age of “social” media, Pew reports, Americans have become more disconnected from one another in many aspects of daily life.

Joshua Foust, a national security fellow at the Foreign Policy Research Institute, says the traditional small town America social contract has been inverted. Once upon a time we knew our neighbors well while the government and big corporations were “a distant presence that rarely intrudes into daily life.” Today, we are less likely to trust our neighbors while the government and big corporations know everything about us. Another tech-related indication of fear in our neighborhoods is surging sales of smart doorbells and security cameras.

Nextdoor, which has been around since 2011, is a private social network that covers 75 percent of U.S. neighborhoods. It has a reported 4 million posts per day by people using their real names who are verified residents of a defined neighborhood.

Like on all social media platforms, there are some on Nextdoor whose conduct and tone pull people apart. At times the “neighborhood watch” element of Nextdoor can bring out the worst in people. The entertaining Twitter account, @BestofNextdoor, posts some doozies, from 911 being called on a person’s granddaughter who was helpfully retrieving a package off the porch to the vague-but-ominous alert, “Group of young people up to no good.”

Cortright illuminates just how important it is for us to find the right mix of privacy and interpersonal contact with our neighbors. “A divided, disconnected and often balkanized populace is likely to make it more difficult to address and solve national problems. We have less in common, both in the form of a shared base of knowledge and belief about the nature of the challenges we face, and also a weaker sense of mutual interests. Restoring the civic commons may be an essential step to making progress on a wide range of challenges.”

At its best, a platform like Nextdoor can be that civic commons and play a valuable role in bringing people together.

At its best, a platform like Nextdoor can be that civic commons and play a valuable role in bringing people together.

Recently a Lakewood, Colorado, resident named Matt wrote a curious post asking for someone to make him meatloaf and banana cream pie. According to the Nextdoor blog, following quite a bit of chatter on the app, a group of residents organized a meatloaf and banana cream pie contest. More than 100 neighbors – most of whom had never met each other – attended the “Meet Loaf” event held at a local church hall with live music, face painters, games, and prizes donated by local businesses.

The solution is clear: We must combine the power of technology with a personal touch.

The solution is clear: We must combine the power of technology with a personal touch.

There are many reasons why a Facebook request or LinkedIn invitation is a good next step after the first meeting with a new neighbor. For starters, you don’t have to comb your hair to do it. It’s low-risk, non-invasive, and doesn’t take much time. It may be impersonal, but the goal isn’t necessarily to become best friends – it’s simply to become good neighbors who might one day be able to help each other in a pinch.

To make our communities stronger, the connection is what matters and technology can be used as a helpful supplement to personal interaction. Participating in invitation-only neighborhood Facebook pages, Yahoo Mail lists, and verified Nextdoor groups can all incrementally and comfortably advance relationships and forge a connection with our neighbors.

To make our communities stronger, the connection is what matters and technology can be used as a helpful supplement to personal interaction.

The chocolate chip cookie diplomacy of our neighbor in Florida didn’t lead to a meaningful connection, but we had a much different experience in November 2017. A week after we moved into a new community in Dallas, a couple moved in next door. Our daughter brought them a spare pumpkin pie (and Cool Whip) we had from Thanksgiving. Matt and Justin sent over a thank you note and quickly followed up to connect on Facebook. Soon cell phone numbers were exchanged, we’ve chatted over the backyard fence, stop to chat while out walking, and send occasional texts. They look out for us while we’re out of town.

While we don’t have or need a close personal relationship, we do feel a meaningful connection, which demonstrates that baked goods plus technology is more powerful than baked goods alone. 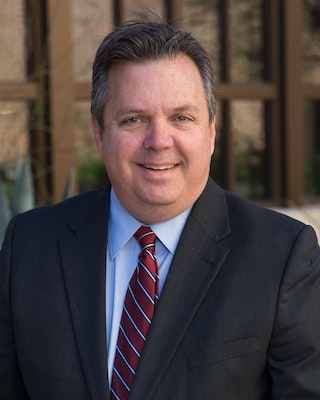