Going Local in a Troubled Time

An Essay by Yuval Levin, Editor of National Affairs and Senior Editor of The New Atlantis

Finding local solutions to national problems offers an approach better fitting of the diversity of American communities. While not every issue can be resolved locally, starting closer to home helps dodge identity politics and hostility and leads to solutions unique to local concerns.

Supporters of President Donald Trump at a rally in Denver in March 2017. (Shutterstock)

We Americans are living through a complicated social crisis, and are having trouble seeing our way to renewal.

One facet of the crisis is a breakdown of our public life. Our politics is torn by bitter divisions, intractable frustrations, and an explosion of populist anger that crosses many demographic and partisan categories. In the culture, too, frustration and hostility predominate, and this seems to be a time of breakdown or confrontation.

Our ability to simply carry on honest conversations has been degraded lately by a loss of trust and common ground, and some basic norms of mutual respect and free expression are under threat as a result. Various forms of identity politics, of both the Left and the Right, undermine the foundations of unity. Social media have come to feel increasingly anti-social, feeding confrontation or at least aggravation.

Various forms of identity politics, of both the Left and the Right, undermine the foundations of unity.

Symptoms of our crisis

But it’s worse than that. The crisis is evident not just in our political and cultural interactions but in the personal lives of countless Americans, for whom hopelessness or alienation descend into outright despair. In many communities, an epidemic of opioid abuse has laid bare an underlying scourge of isolation, desperation, and misery. More than 42,000 Americans died from overdoses of opioids in 2016. Final numbers for last year aren’t out yet but they are likely to be even higher. Many more live each day under the burden of addiction to these drugs.

These different symptoms are deeply connected. The fragmentation of our culture, the enervation of key institutions, and the growing isolation of large numbers of Americans leave too many feeling disrespected and robbed of place, dignity, and hope.

The fragmentation of our culture, the enervation of key institutions, and the growing isolation of large numbers of Americans leave too many feeling disrespected and robbed of place, dignity, and hope.

How can our society respond to this kind of challenge? We have made some attempts to get at the worst of the symptoms. Congress has devoted funds to the treatment and prevention of opioid abuse. There are some well-meaning activists and social entrepreneurs working to unite Americans across political and social divides. But promising national solutions are few and far between.

Look Closer to Home if You Want to Restore Trust in Government
Polls and surveys show that Americans trust their local governments more than they do Washington.

It should not surprise us that it has been difficult to find appropriate and meaningful national responses. While the crisis we confront has shown itself in some deformations of our national politics and common culture, it is most fundamentally a crisis of the interpersonal, and therefore is more local than national.

While the crisis we confront has shown itself in some deformations of our national politics and common culture, it is most fundamentally a crisis of the interpersonal, and therefore is more local than national.

This should be particularly evident to conservatives in our politics. Conservatives tend to understand society as an organic whole — a set of social arrangements and institutions that begin in loving family attachments, spread outward into personal commitments and relationships in civil society and local communities, reach further out toward broader state and regional affinities, and conclude in a national identity that among its foremost attributes is dedicated to the principle of the equality of the entire human race.

Society is thus like a set of concentric rings, beginning with the most concrete and personal of human connections and reaching out to the most abstract and philosophical of human commitments. Each ring, starting from the innermost sanctum of the family and the individuals who compose it, anchors and enables the next and is in turn protected by it and given the room to thrive. The outermost ring of society is guarded and sustained by the national government, which is charged with protecting the space in which the entire society can thrive — the middle layers between the individual and the nation as a whole. The national government thus plays a crucial role, but it cannot answer every purpose.

The crisis we now confront is fundamentally a crisis of the middle layers, and especially those in which truly interpersonal relationships take shape. It is a crisis of isolation, loneliness, alienation, and institutional breakdown. And these can most effectively be answered at the local level — where people see each other face to face.

An emphasis on the local is not only an alternative to an excessively centralized politics and culture which are too cold and distant to speak to people soul by soul. It is also an alternative to radical individualism and isolation, which leave people feeling alienated and abandoned. In fact, given the challenges we now face, the prospect of more local political and civic action may well be most promising for its potential to draw people out of their narrow cocoons and into relationships with those around them.

Obviously, not every political issue is properly at home at the local level. But some of those that most directly touch on the challenges posed by the weakening of family, community, and social institutions do belong closer to the interpersonal, and would be better served by being handled more locally.

Decisions about welfare, drug treatment, education, worker training, housing, transportation, and a range of similar issues should be made as close to the people they affect as reasonably possible. Given the nature and intensity of the social crisis we now confront, moreover, and given the relative weakness and ineptitude of our national governing institutions, we would be wise to empower many problem-solvers across our country rather than hoping that one in Washington will get things right.

But seeking solutions at the local level does not just mean devolving political power to local government, even if that would be part of the answer. It also means empowering civil society, the private economy, and religious and civic and educational institutions to play more of a role in bringing people together to address common problems where they’re found.

Solutions that arise closer to the problems they are meant to address are more likely to be well adapted to them, and to be delivered with a human touch. A more interpersonal and local politics is also likely to be more civil more of the time — lowering the temperature of our public life and enabling more accommodation than could be possible on the vast and impersonal scale of national political debates.

Solutions that arise closer to the problems they are meant to address are more likely to be well adapted to them, and to be delivered with a human touch.

Local solutions can also be better tailored to the character of local communities, and so more representative of both the diversity of our society and the differing priorities that prevail in different places. And by putting more meaningful authority and power nearer to level of the community, we also stand a better chance of drawing more citizens into the public arena, and so helping to mitigate the isolation that afflicts so many Americans.

A demonstrator in New York City on January 20, 2018. (Shutterstock)

This doesn’t mean that localism could solve every problem. And it doesn’t mean that putting power closer to the public won’t come with some costs of its own. But panaceas are not among the options we have. The question is how to do better in addressing a complex and dangerous social crisis.

To do better, we need to find means of addressing problems that combine material want and moral emptiness. We need to help people both meet their needs and be more needed. We need to combat despair and disillusionment by reviving some genuine sources of moral authority and reaffirming the case for both personal and mutual responsibility. We need to fight alienation by making the social order seem a little less distant. We need to pursue greater unity by means suited to the particular forms of our diversity — and to seek after the broad solidarity of a great nation and not the narrow solidarity of a tight silo.

To do better, we need to find means of addressing problems that combine material want and moral emptiness. We need to help people both meet their needs and be more needed.

A greater emphasis on local solutions would help. It would mean bringing to public policy the kind of dispersed, incremental, bottom-up approach to progress that increasingly pervades every other part of American life — an approach that lets authority flow through our mediating institutions, and that solves problems by giving people options and letting their choices drive the process.

This more distributed, decentralized vision of problem solving is how the modern, post-industrial economy works. But it is also the logic of federalism embodied in America’s constitutional order, and the logic of subsidiarity articulated by the best traditions of our civilization.

Our country is badly in need of renewal. And given our strengths and weaknesses just now, such renewal certainly seems more likely to start at the bottom. This is a time to go local. 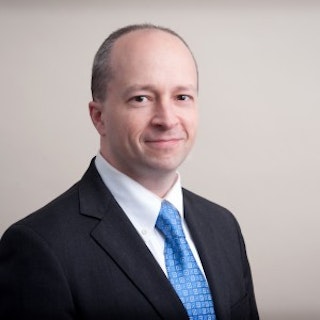