Lessons from Ohio about Making Globalism Work for More People

Jobs are available, yet people remain unemployed. Why? Available workers don't always have the skills needed for the available jobs. Closing this skills gap can contribute to economic growth.

As our economy and other economies around the world have changed, many Americans feel like they’ve been left behind. Lots of folks feel like they’ve been counted out or ignored by political leaders. The middle class squeeze is being felt by more and more families as stagnant wages and higher expenses make it tougher to get ahead.

This is a complicated problem and it doesn’t have an easy solution. But I think there are ways that we can help people achieve their God-given potential and make our economy work for them, too.

Growing the economy and empowering people

First and foremost, after eight years of a failed government-centered approach to the economy from the White House, we need to get the economy moving by putting pro-growth policies in place. We should finally fix our broken tax code, replace the costly Affordable Care Act, provide regulatory relief for small businesses, and sell more Made in America products overseas.

This is a full agenda, and, working with the Trump administration, I am hopeful that we can finally make progress on these reforms to grow an underperforming economy.

But we also need to invest in people and empower them — especially those who are the most vulnerable. We can do that in a number of ways. One is ensuring that they have the skills that are in demand for the jobs that are available today and into the future.

Right now, there are more than 117,000 jobs available in Ohio, and yet there are still about 278,000 Ohioans unemployed. Why aren’t these jobs being filled? Partly because there’s a mismatch — often called the “skills gap” — between the jobs that are available and the workers who have the skills to fill them.

Closing the skills gap will require addressing both sides of that mismatch. On the one hand, we should help people get more skills. On the other, we must do better on connecting employers with available workers.

On the one hand, we should help people get more skills. On the other, we must do better on connecting employers with available workers.

That’s why I co-founded the bipartisan Senate Career and Technical Education (CTE) Caucus with Democratic Sen. Tim Kaine of Virginia. CTE, once known as vocational school, helps make high schoolers job-ready on graduation day by equipping them with skills that are in high demand.

With leading edge schools like Max Hayes High School in Cleveland and Butler Technology and Career Development Schools — both programs I’ve visited — Ohio is a leader in CTE.

Learning from Ohio successes like these, I co-authored legislation last year that would provide funding for our schools to partner with local businesses on apprenticeships, internships, and even curricula. It would make college more affordable by reducing the number of credits participating students need to graduate. That will get them off to a better start on their careers by leaving them with valuable skills and less debt.

The next step in skills training is better use of our community colleges and the federal worker retraining programs. The CAREER Act I authored with Democratic Sen. Mike Bennett of Colorado will help. I’m also the co-author of a federal law that reformed school counseling programs and helps states keep track of career readiness in school districts. This law gets information on the needs of the local workforce to our school guidance counselors to steer our students toward in-demand skills and ultimately to good careers.

One major economic problem in our economy today is the record number of men who have left the workforce altogether. For men and women combined, you would have to go back to the 1970s to see workforce participation so low.

Those on the economic sidelines right now also include a growing number of formerly incarcerated individuals and the millions of people who are now struggling with addiction. Many of them just want a second chance at a good life.

In the 1990s, I authored a law called the Second Chance Act, which gives former criminal offenders an opportunity to turn their lives around through drug treatment, mental health programs, and job training. Second Chance takes a small part of the funds we spend locking people up and invests it in helping them live productive lives.

Since it became law, the Second Chance Act has supported hundreds of nonprofits, community-based, and faith-based organizations that help inmates make that transition back into their communities with the support they need to break the grip of addiction, get real-world work experience, and stay away from crime.

In part because of this law, we've seen the rate of recidivism in Ohio drop by 11 percent over the last decade, saving taxpayers millions of dollars, keeping families together, and making our streets safer by preventing new crimes.

I’m working to reauthorize Second Chance now so that it can continue to bring people off of the sidelines to participate in our economy. We should also build on Second Chance with other alternatives to incarceration that are more constructive than just keeping someone stuck behind bars.

One way we’ve increased access to these better alternatives is a law Congress passed last summer called the Comprehensive Addiction and Recovery Act, or CARA. I co-authored the legislation with Democratic Sen. Sheldon Whitehouse of Rhode Island and President Barack Obama signed it into law in July.

It’s the single biggest step Congress has taken to fighting the growing epidemic of drug addiction in 20 years. The act will expand our prevention efforts, increase access to drug treatment, and — for the first time in any federal law — support recovery over the long term.

CARA offers specialty courts for veterans discharged for drug use, giving them a supportive environment in which to overcome their addiction. It also authorizes $181 million in new funding for federal drug programs, and I believe that it will save lives, prevent new addictions from ruining lives, and help the millions of Americans struggling with an addiction right now to go back to work and to healthier, productive lives.

As Congress begins a new session with a new administration, we can’t let anyone we represent feel like we’ve forgotten them.

As Congress begins a new session with a new administration, we can’t let anyone we represent feel like we’ve forgotten them. No one should fall between the cracks. Our priority should be to put in place pro-growth policies to create opportunities for everyone, and to address specific obstacles to success, like the heroin epidemic, job skills that don’t match what the local economy needs, and the growing population of formerly incarcerated individuals.  If we do that, we can help more Americans fulfill their God-given potential. 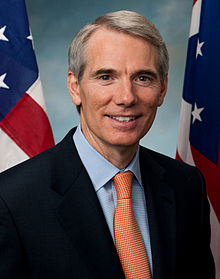