We Have a Shared Identity - Let's Strengthen It

While our individual experiences may stir debate and lead to strongly-held opinions, our shared values as Americans remain a source of unity.

In his Farewell Address back in 1799, George Washington poetically reminded our young nation: “The name of American, which belongs to you in your national capacity, must always exalt the just pride of patriotism more than any appellation derived from local discriminations.”

Fast forward to today, and President Washington’s words still ring true. The “name of American” continues to unite us, even when we are having fierce debates over how to grow our economy and provide fundamental freedoms for Americans.

Some may use the election results to claim their ideals are more valid than others, but we have a shared identity that rests in our longstanding values. They allow differing perceptions and experiences to co-exist. In a profound way, this ability to stand as one in spite of our differences adds validity and relevance to American leadership at home and abroad.

The values that make us American

This is not a plea for anyone to abandon their personal ideals — this is a reminder that we each have a stake in promoting values that connect all Americans. Values such as freedom of speech, freedom from tyranny, and majority rule are as important now as they were when the founders crafted and fought for them in our early days.

Values such as freedom of speech, freedom from tyranny, and majority rule are as important now as they were when the founders crafted and fought for them in our early days.

The brave Americans that challenged colonial rule and sacrificed their lives are tested examples of our strength. They include such people as Crispus Attucks, a man whom some may have considered less than American because he was of mixed descent and, according to the Boston Historical Society, a fugitive slave.

Variation of the famous engraving of the Boston Massacre by Paul Revere. This image emphasizes Crispus Attucks, who had become a symbol for abolitionists. (NARA)

Immigrants such as Attucks were among the first to answer the call of revolutionaries like Samuel Adams to achieve independence.  Attucks’ death in the Boston Massacre of 1770 helped spark the revolutionary fire that led to our search for independence and liberty, even though those concepts have not always been applied perfectly.

Unfortunately, another 100 years would pass before a man like Crispus Attucks would be granted freedom under the 13th Amendment. And it would take nearly 200 years before Congress would protect the right of his descendants to exist free of segregation and guarantee their right to vote. Still, he was one of the first martyrs in America’s struggle to control its destiny.

The values that he and so many others fought for have cemented our common identity. Over time, those values have led to greater access and opportunity for more Americans. Our experiment is certainly not finished, but the sacrifices of individuals of all backgrounds and races have both given legitimacy to these rights and strengthened them. They have ensured that Americans today would possess core values that have lasted more than two centuries.

The last decade has taught us plenty about our shared identity. As a result of the Great Recession, we confronted the fear of losing our homes, jobs, and way of life. We could not blame any other nation for our predicament. At the precipice of disaster, we had to find a unique American solution to a problem of our own creation.

Fortunately, we have moved out of that recession. Still, we need to grow our middle class so we can strengthen our common bonds. This is not an easy task as we face important challenges that stem from the rise of automation and digitization. When combined with globalization, they expose our nation to a new threat: A lack of access to the education necessary to keep Americans competitive in the 21st century.

The question is: How do we identify and prepare Americans for the skills needed for today and tomorrow?

Since some workers have applicable skills and others don’t, we need to identify traditional and non-traditional education programs that help workers succeed. And we need to know the skills in demand, while working with private-sector partners to track how well initiatives work after an employee finishes their postsecondary education and enters the workforce.

At the same time, the government and private sector must together establish a long-term plan to connect the workforce to job opportunities and keep it as well-trained as possible.

At the same time, the government and private sector must together establish a long-term plan to connect the workforce to job opportunities and keep it as well-trained as possible.

This means leading the way in innovative education and training programs. We especially should concentrate on local programs that work, and expand them to other cities. If possible, we must consider investing in them at the federal level.

Similarly, we need to expand work-based learning through Career and Technical Education programs. The New York City Small Schools of Choice and other career academies have raised earnings over the long-term for at-risk individuals by over 20 percent.

States also need to give colleges incentives to select more than just higher-performing students. Students in many states increasingly come from economically disadvantaged homes. The prosperity of those states and our nation depends upon turning more of those students into our future teachers, innovators, and leaders.

We likewise must reach the many immigrants who are here legally but who are unable to access the best jobs. They often lack information about how their skills may be best positioned for these roles. We can and should strike the right balance between protecting jobs for American workers and protecting the economic well-being of the lawful immigrants that are already living here.

We can and should strike the right balance between protecting jobs for American workers and protecting the economic well-being of the lawful immigrants that are already living here.

Together, these strategies, along with investing in the infrastructure that can help grow the economy and providing decent wages, can help expand our middle class. This task is part of the thirst for justice that has defined our identity over time and through many struggles. 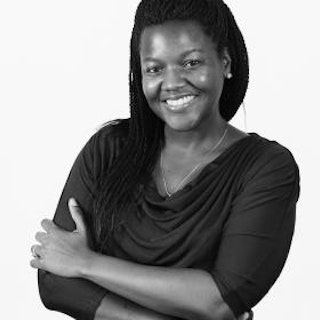