Liberalism, Not Orbanism, Should Prevail

Essay by Christopher Walsh, Deputy of Director of Freedom and Democracy at the Bush Institute

Some Americans see Viktor Orban as a new leader of the West. But there are ample reasons why Orban – or any illiberal leader – should not be seen as the ascendant leader of Western democracy.

Orban – a champion of illiberal “Christian democracy” – just won reelection to a fourth consecutive term. He remains a popular figure in Hungary despite policies over the last decade that have eroded the independence of government institutions like the judiciary, hampered freedom of the press and civil society, and curbed the rights of minority groups.

For these reasons, Orban shouldn’t be considered the ascendant leader of Western democracy. Still, a vocal minority on the American right view illiberal strongmen, and even authoritarian ones like Vladimir Putin, as needed bulwarks of traditional religious values against progressive “wokeism.” They admire the use of political power to promote a Christian national identity (though defining that concept is fuzzy), restrict immigration, and fight the left on culture war issues like gender identity.

Intellectuals like Sohrab Amari argue that liberalism has failed conservatives. He believes that enforcing a Christian conception of the “common good” through a post-liberal order would restore American society. This flawed position is potentially dangerous. Classical liberal values at America’s core have allowed our nation to prosper and maintain a diverse, transcontinental democracy. Moreover, these ideals are vital to winning the intensifying global conflict between democracy and authoritarianism.

Classical liberal values at America’s core have allowed our nation to prosper and maintain a diverse, transcontinental democracy.

American democratic principles are based on an inherent human dignity that draws upon biblical tradition. The culture that developed around them has produced institutions and norms like the rule of law, due process, free and fair elections, the peaceful transfer of power, representative and accountable government, and the separation of powers.

These things have enshrined freedom of expression, freedom of association, freedom of religion, freedom of the press, and free enterprise into our daily lives. Moreover, this culture has allowed Americans to enjoy relative prosperity and freedom or pursue equality and justice when they haven’t.

No, this system isn’t perfect, but you’d be hard pressed to find a better one that provides space for different communities to flourish while maintaining social peace.

No, [democracy] isn’t perfect, but you’d be hard pressed to find a better one that provides space for different communities to flourish while maintaining social peace.

Such blessings would seem impossible to preserve under an Orban- or Putin-inspired model that we have seen metastasize into illiberalism, xenophobia, and power-worship (or outright dictatorship under Putin) in Hungary and Russia.

In March, 2022, Virgen Frometa, sister of Cuban national Luis Frometa, cries as she shows a picture of her brother who was sentenced to 25 years of prison for his participation in anti-government protests. (Yamil Lage/AFP via Getty Images)

On the domestic side, what would happen if something resembling Orbanism takes root in the United States? Yes, there might be policies appealing to those of us who share the Christian faith. However, there’s a dangerous long-term trajectory that proponents of such a system don’t (or don’t want to) acknowledge.

For instance, would an American Orbanist government be so wildly popular in a big, decentralized, pluralistic country that most local, state, and national elections would secure their rule perpetually? If not, what happens when their political opponents gain power and liberal democratic norms and safeguards have been eroded? What excesses of government power would be normalized or escalated for those opponents to enforce their policies? And where does it end?

Or is the answer more sinister? Does using government power to pursue the “common good” justify manipulating or dismissing democratic institutions and norms to ensure continued rule?

On the international side, Putin’s invasion of Ukraine has placed a spotlight on democratic nations’ struggle against authoritarian powers in Beijing, Moscow, Tehran, and elsewhere. As crackdowns on Russian anti-war protestors and Hong Kong democracy activists have shown, tyrants view classical liberal values as an existential threat because they empower people against oppression. So much so, that they reach beyond their borders to silence dissidents (including American citizens) living in free societies.

And in this struggle, authoritarians have not hesitated to infuse support from American influencers into their propaganda.

Believers in classical liberal democracy need to be committed to winning this battle of ideas at home and abroad. In doing so, we must persuade – not cancel – fellow Americans being seduced by illiberal or authoritarian ideas. When partisan blinders and passions are diffused, it becomes clear that illiberalism is a losing vision for human flourishing. 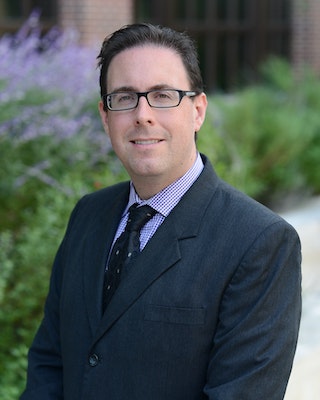