Friendship With Limits: Putin's War and the China-Russia Partnership

Essay by Bobo Lo, Non-Resident Fellow at the Lowy Institute in Australia

Vladimir Putin and Xi Jinping have solidified a Sino-Russian partnership. But is this friendship as strong as they say?

On the face of things, Sino-Russian relations have never been better. At their Beijing summit in February 2022, Xi Jinping and Vladimir Putin announced a “friendship without limits.” There were “no forbidden areas” of cooperation, and the Sino-Russian strategic partnership was “superior” even to the alliances of the Cold War era.

The Russian invasion of Ukraine appears to confirm the strength of these bonds. Notwithstanding protestations of neutrality, Beijing has fallen in line with the Kremlin’s narrative of a “special military operation.” It has accused the West of “provoking” Russia. Its much-vaunted commitment to the sovereignty and territorial integrity of states has been invisible. And it has ignored abundant evidence of Russian war crimes. It would be natural in the circumstances to see China as complicit in Putin’s war, especially as the invasion began only days after the end of the Beijing Winter Olympics.

Yet appearances are deceptive. The Chinese response to Putin’s war has shown that there are real limits to their supposedly “no limits” friendship. And fundamental questions have been raised over the future direction and character of the Sino-Russian partnership.

The Chinese response to Putin’s war has shown that there are real limits to their supposedly “no limits” friendship.

Putin most likely gave Xi prior notice of Russia’s invasion. Not to have done so would have demonstrated an unforgivable lack of trust and contradicted the warm sentiments expressed at the summit three weeks earlier.

However, there is no evidence that Putin briefed Xi in detail. The failure of the Chinese government to make provision for evacuating some 6,000 nationals from Ukraine, and its chaotic public affairs response in the first days of the invasion, suggests that it was caught on the hop.

One explanation for Beijing’s unpreparedness may be that Putin told Xi that the “special military operation” would be over quickly. The Ukrainians would not offer serious resistance, while the Western response would be as ineffectual as it had been in 2014, when Russia annexed Crimea and occupied parts of the Donbas. There would be a new reality that everyone would have to accept, whatever their feelings.

The Chinese president may or may not have believed Putin. But, in any case, the question is moot. For Beijing and Moscow, foreign policy is a sovereign affair – and especially when it concerns core or vital interests. Just as Xi would hardly seek Putin’s opinion about how to manage the issue of Taiwan, so he would not expect to influence Russian decision-making on Ukraine.

Had the war proceeded according to Putin’s expectations, Beijing might well have emerged as a beneficiary. China would no longer have been public enemy number one in Washington. The Europeans would have been too distracted to offer meaningful support to America in the Indo-Pacific. The Biden administration would have been further humiliated, following the chaotic withdrawal from Afghanistan. And the very notion of a U.S.-led international order would have lacked credibility.

Except things turned out very differently. From Beijing’s perspective, the war has gone about as badly as it could have gone. The Russian military has performed abysmally. Putin, Xi’s “best friend,” has been exposed as barbaric and inept. Western unity is stronger than in two decades. America has shown that it is willing and able to lead.

What’s more, China has been tainted by association with an international delinquent. Russian actions have squeezed Beijing’s options on Taiwan, while the knock-on effects on the global economy – including soaring energy and food prices and the disruption of supply chains – have harmed Chinese interests.

From Beijing’s perspective, the war has gone about as badly as it could have gone. The Russian military has performed abysmally. Putin, Xi’s “best friend,” has been exposed as barbaric and inept.

Beijing is in a jam. Xi must balance countervailing geopolitical and economic imperatives. On the one hand, he wants to preserve the strategic partnership with Russia. On the other hand, Chinese growth – and regime legitimacy – remains hugely dependent on the U.S.-dominated global economy and easy access to markets, resources, and technology.

Thus far, the Chinese response to the war has been heavy on rhetoric but light on substance. It is predicated on the hope that Putin will be content with moral and political support, and that the lack of material assistance to Russia will protect China from possible Western sanctions.

But the longer the war goes on, the harder it will be to sustain this balancing act. If the Russian military continues to struggle, Putin may ratchet up the pressure on Beijing to deliver certain types of weapons, such as drones, or ask it to facilitate sanctions-busting. Such assistance, however, would trigger the very sanctions that China is striving to avoid.

The best outcome from Beijing’s perspective would be a Putin victory under his own steam. That way, the limits of Sino-Russian partnership would not be strained, the United States would be defeated, and the liberal construct of a rules-based international order would be undermined.

Chinese thinking here reflects a zero-sum instinct – what is bad for America is good for China, and vice-versa. But it is also informed by practical considerations. Beijing knows that once the war in Ukraine is over, it will again become the primary focus of Washington’s attention. Best, then, to have a still powerful Russia in play, so that China will not be left isolated in its strategic confrontation with America.

Chinese thinking here reflects a zero-sum instinct – what is bad for America is good for China, and vice-versa. But it is also informed by practical considerations. Beijing knows that once the war in Ukraine is over, it will again become the primary focus of Washington’s attention.

Conversely, a Russian defeat and Putin’s consequent humiliation would be a disaster. The Kremlin might blame Beijing for not providing more help in its time of need. China could be left to pick up the pieces of their partnership. A beaten Russia would be more a burden than an asset in the face of a buoyant America and united West.

Whatever happens in Ukraine, the Sino-Russian partnership will continue to exist in some form. It is too important to both sides to be allowed to fail. The downsides of associating with a delinquent regime may be obvious, including to some Chinese commentators, but what choice does Beijing have? Where can Xi go if he cuts off Putin? U.S.-China confrontation is set to intensify. The Europeans are increasingly suspicious of Beijing’s intentions. And many of China’s Indo-Pacific neighbors view it principally as a threat.

Russia’s choices are even more constrained. It is now more dependent on China, geopolitically and economically, than at any time in the history of the relationship. Any prospect of pursuing a strategically flexible, less Sino-centric approach has gone out the window. Relations with Europe will be damaged for decades.

It might theoretically be possible to expand cooperation with other non-Western countries such as India. But the reality is that China will be indispensable to Russia for the foreseeable future. However unpalatable this prospect may be to some in Moscow, there is no other game in town.

The Sino-Russian partnership, then, finds itself at a curious juncture. At one level it has never been tighter or more resilient. There are virtually no circumstances in which Beijing or Moscow would abandon the other.

Even if Putin were to deploy non-conventional (chemical, biological, and even nuclear) weapons against Ukrainian targets, Beijing’s default response would still be to blame America and call for dialogue and a diplomatic resolution. And it would respond similarly if the war spread beyond Ukraine’s borders and became a more generalized conflict between Russia and NATO.

China and Russia are trapped in a vortex of mutual dependency. Beijing may have been appalled by Putin’s invasion – not because of its disregard of international law, but because it demonstrated terrible judgment and harmed Chinese interests. However, such disapproval does not transcend the necessity of partnership in an increasingly challenging international environment.

But if Sino-Russian partnership is likely to hold firm, its quality is set to deteriorate. An already unbalanced relationship will tilt further towards Beijing. In time, it may begin to resemble China’s interaction with North Korea. Beijing may look to leverage Russia’s growing dependence, while Moscow will exploit Chinese fears of regime failure in Russia. The “strategic partnership of coordination for a new era” would be defined principally by its limits and anxieties.

Time for the West to get real

In meeting the challenges of the Sino-Russian partnership, Western decision-makers should recognize several realities.

First, China and Russia are not a conjoined entity – an “axis of authoritarians” or “arc of autocracy.” Theirs is a relationship of strategic convenience, founded in geopolitical calculus. And Ukraine has shown that Chinese and Russian interests are not the same.

China and Russia are not a conjoined entity – an “axis of authoritarians” or “arc of autocracy.” Theirs is a relationship of strategic convenience, founded in geopolitical calculus.

Second, Russia represents a far greater threat to the international order than China. Paradoxically, it is Russia’s weakness that makes it so dangerous. Unlike China, it has few means of projecting serious power and influence on the international stage. That makes it more, not less, disposed to use force to achieve its aims. Whereas China remains a system-player, Russia has a vested interest in disorder.

Third, the capacity of the West to directly influence the Sino-Russian partnership is negligible. No amount of flattery, incentives, or threats will persuade Beijing and Moscow to distance themselves from each other. On the contrary, such efforts merely encourage them to play Western leaders for suckers.

In the end, the best way for Western governments to meet the challenges posed by China and Russia is to raise their own game. The remarkable resistance of the Ukrainian people has reminded democracies of what is at stake – the very future of liberal norms, values, and institutions. It has also bought us time. The task now is to seize this historical moment to revitalize an international order based on humane, enlightened principles. 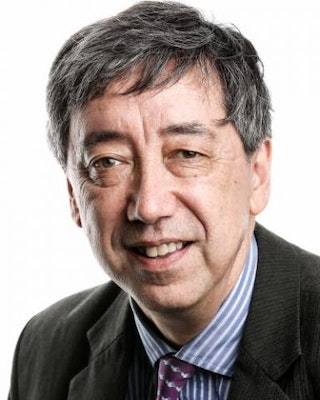