Vladimir Putin and his forces have learned a painful lesson from underestimating Ukrainians and their will to fight. In a different sense, so has the United States.

The U.S. intelligence community certainly got it right when it predicted Vladimir Putin would invade Ukraine for the second time, the first being back in 2014. The community got it very wrong, however, as did many others, when it anticipated that the renewed war would be over quickly with the fall of Kyiv, the capital, within days, and Ukraine’s subjugation to Russia.

Of course, Putin, his generals, and Russia’s own intelligence services thought the same thing. They expected the invasion of Ukraine would be a cakewalk, with Ukrainians welcoming them with open arms.

In fact, the war has gone very badly for Putin and his forces because of the tremendous courage and determination of the Ukrainian people and their leader, Volodymyr Zelenskyy, in defending their country and their freedom. Western military assistance, albeit tragically delayed, has also helped considerably. The toll on Ukraine has been horrible, with thousands of Ukrainians injured and killed, millions displaced from their homes, and billions of dollars in damage to Ukraine’s infrastructure.

Secretary Mattis on how he would approach the crisis in Ukraine 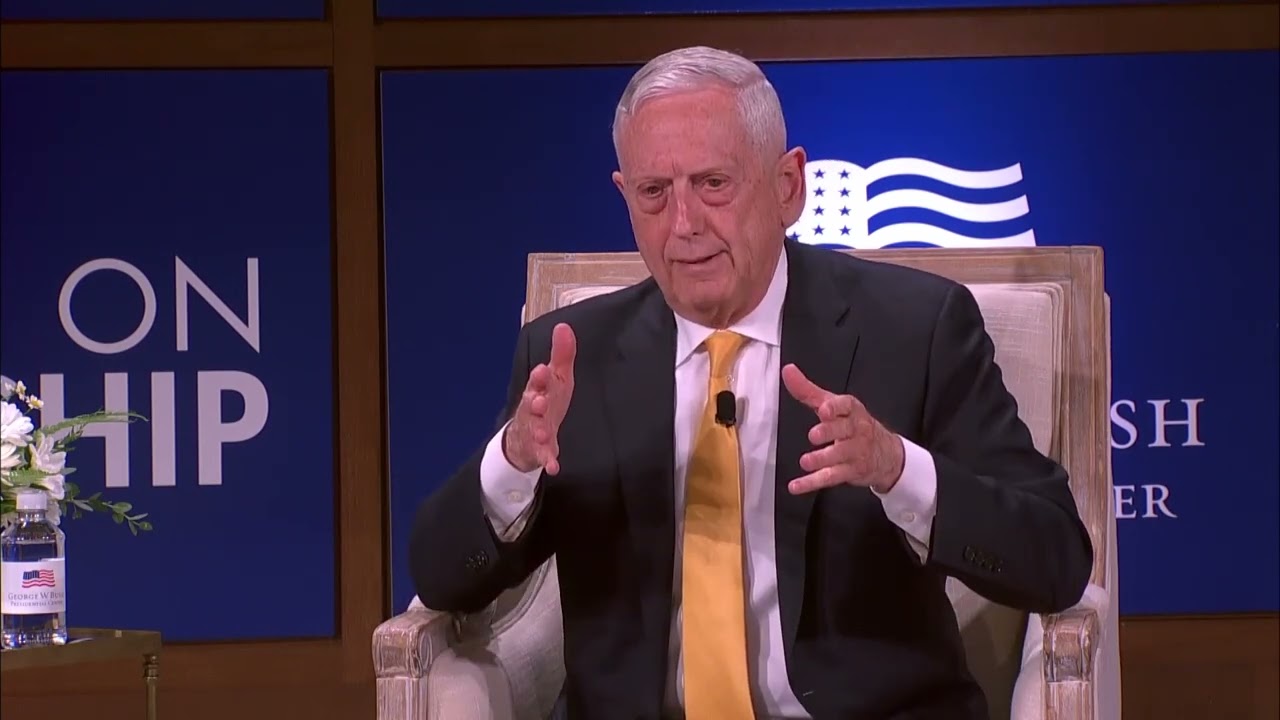 But Ukrainians have inflicted real losses on Russian forces, with Ukraine counting more than 26,000 Russians killed in action, more than 10 percent of the force that was mobilized for the invasion. Estimates that nearly a dozen Russian generals have been killed in the fighting in two-plus months in Ukraine are vastly more than in the decade of fighting by Soviet forces in Afghanistan.

The Kremlin also was forced to withdraw its plans to capture Kyiv and redeployed troops to Ukraine’s east and south, where they are struggling to make inroads. Morale among Russian troops appears very low, whereas morale among the Ukrainians remains extremely high.

People driving back into Kyiv stop to take photographs of a destroyed Russia battle tank on May 20, 2022. (Photo by Christopher Furlong/Getty Images)

In a recent survey by the International Republican Institute (disclosure: this author is an IRI board member), 97% of Ukrainians are confident their country will prevail in the war, despite the barbaric attacks and war crimes being committed by Putin’s forces. 83% believe that the war will end before the close of 2022. Putin’s underestimation of Ukrainians’ readiness and determination to fight and defend their land and freedom has proven very costly for Russia.

Putin’s underestimation of Ukrainians’ readiness and determination to fight and defend their land and freedom has proven very costly for Russia.

We underestimated Ukraine, too

And yet many experts in and out of the U.S. government underestimated Ukraine, too.  They grossly overestimated Russia’s military capabilities and grossly misjudged Ukraine’s capabilities. Before the invasion, the Biden administration was publicly criticizing Zelenskyy for not taking U.S. warnings about an imminent invasion seriously enough. It turns out Zelenskyy and his military, along with the entire citizenry, were preparing; Zelenskyy simply didn’t want to cause undue panic among the population and exacerbate the harm already being done to Ukraine’s economy.

The failures of the U.S. intelligence community were on display in a recent Senate Armed Services Committee hearing.  Senator Angus King, Independent from Maine, grilled Defense Intelligence Agency (DIA) Director Lt. Gen. Scott Berrier on whether the intel community failed to predict and understand Ukraine’s will to fight. Here is part of that exchange:

King: “The assessment was Ukraine would be overrun in a matter of weeks. That was grossly wrong.”

Berrier: “Grossly wrong. But not a question of will to fight…we assessed their capacity to face the size of the Russian forces that were massed on their border was going to be very difficult for them.”

King: “Well, all I’m saying is the intelligence community needs to do a better job on this issue.”

Berrier: “I think the intelligence community did a great job on this issue, Senator.”

King: “General, how can you possibly say that when we were told explicitly Kyiv would fall in three days and Ukraine would would fall in two weeks, you’re telling me that was accurate?”

Berrier: “I look at the totality of the of the entire operation. I think the enormity rests on the predictions of what the Russians were going to do versus whether or not the [Ukrainians] were going to be successful.”

The failure to appreciate Ukrainians’ determination to defend their land and freedom ferociously had major policy implications. Some analysts argued against providing Ukraine with military assistance because it “wouldn’t make any difference” in helping Ukraine fend off a Russian invasion. Too many people in the Biden administration initially bought into this capitulationist line of argument that the war would be over quickly and that American military aid wouldn’t make a difference.

Their unwillingness to provide massive military assistance to Ukraine in the lead-up to Putin’s invasion out of fear such a move would be seen as provocative in Moscow cost untold numbers of Ukrainian lives. They believed accurately that Putin was going to invade anyway and yet they somehow concluded that helping Ukraine prepare for such an invasion would provoke Putin into acting. That simply makes no sense.

Ukraine is the only country in the world to stage two popular, revolutionary movements within the span of a decade – 2004 with the Orange Revolution and 2013-14 with the Revolution of Dignity – in support of democracy, a Euro–Atlantic orientation, an end to corruption, and an escape from being under the Russian thumb.

Ukraine is the only country in the world to stage two popular, revolutionary movements within the span of a decade … in support of democracy, a Euro-Atlantic orientation, an end to corruption and an escape from being under the Russian thumb.

Without doubt, Ukrainians have been plagued by massive corruption and their leaders often have been a disappointment. Viktor Yushchenko, who represented hope for change following the Orange Revolution, was rejected soundly by voters in 2010 when he ran for re-election as president. Viktor Yanukovych, the winner in that year’s election, adopted an unambiguous pro-Russian line and fled to Russia in February 2014 after ordering a brutal crackdown on peaceful protestors in downtown Kyiv.

Petro Poroshenko, who was elected president following the Revolution of Dignity in 2014, was trounced at the polls in 2019. His successor, Zelensky, won 72 percent of the vote, as many Ukrainians wanted a real break from the past and elected a popular television personality with no political experience.

Before Russia’s invasion, Zelensky’s approval ratings were dropping significantly as many Ukrainians felt he was not living up to his campaign promises to root out corruption, among other complaints. But Zelensky has stepped into the role of wartime president like few could – President Bush has compared him to Winston Churchill – and has rallied his country against the invading Russian forces. His leadership and the bravery and determination of the Ukrainian people were not anticipated by the intelligence community and many analysts.

Ukrainian officials had pleaded with their counterparts in the Biden administration for a major ramp-up in military assistance in the lead-up to the war. Those pleas largely fell on deaf ears, just as they did back in 2014 when Ukrainian officials asked those in the Obama administration for military assistance after Putin’s first invasion of the country. Many in Obama’s administration believed this was the right and smart thing to do – but President Obama refused out of fear that doing so would risk escalation with Moscow.

The Trump administration reversed this position and agreed to provide lethal military assistance to Ukraine in late 2017. But Trump then tried to drag Zelenskyy, newly elected at that point, into American politics, leading to Trump’s first impeachment. Trump wasted the critical opportunity to engage constructively with the new Ukrainian leadership. As a result, from 2019 until the arrival of the Biden administration in Washington, U.S.-Ukrainian relations were in bad shape.

Bilateral ties improved significantly once Biden entered office, though even he took longer than Zelensky had hoped to host the Ukrainian president in the Oval Office. Biden and his administration deserve enormous credit for rallying allies in support of an unprecedented and lightning-fast sanctions regime on Russia and Putin’s cronies. It also has done well in beefing up the U.S. military presence in NATO member states bordering Russia and/or Ukraine.

Equally important, the administration has ramped up military assistance significantly, providing vital anti-tank, anti-aircraft and anti-ship missiles and other weapons, including drones and long-range artillery, that have had a huge impact on levelling the battlefield. Other countries have also provided much-needed assistance, including tanks. This assistance has made a world of difference and sent an important morale boost to the Ukrainian side.

But the reluctance to provide much of this lethal aid in the lead-up to the war, based, it seems, on the faulty premise either that it wouldn’t matter or that the fighting would be over quickly with Ukraine’s defeat and the removal of Zelenskyy from power, proved costly for many Ukrainians. Putin and his forces have learned a painful lesson from underestimating Ukrainians and their will to fight. In a different sense, so have we. We should never again underestimate Ukrainians, who are fighting for their land and their freedom. They earned our support long ago and have made an even stronger case for it in the past few months.

We should never again underestimate Ukrainians, who are fighting for their land and their freedom. They earned our support long ago and have made an even stronger case for it in the past few months. 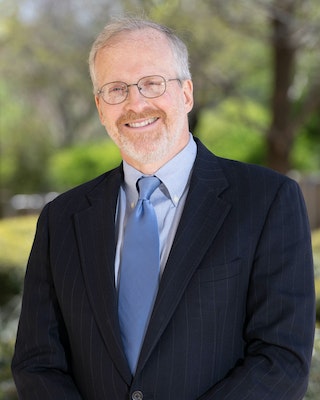