The Rule of Law Must Triumph

Russia’s invasion of Ukraine is a violation for which it must be held accountable.

The ruins of a destroyed shopping center in Bucha, Ukraine, on May 15, 2022. (Christopher Furlong/Getty Images)

There must be something beyond slaughter and barbarism to support the existence of mankind and we must all help search for it.  —Carlos Fuentes

Sadly, we once again are witnessing the history of mankind play out. This time, we are seeing it in Russia’s brutal invasion of Ukraine. The atrocities committed in towns like Bucha are now well-chronicled and known around the world.

The laws of armed conflict

Of course, mankind long has attempted to control the effects of warfare. A centuries-long attempt to reign in the “dogs of war” has resulted in a body of international treaties, protocols, and accords that protect those found on the battlefield and control the means and methods of warfare.

Called the laws of armed conflict, the international community stepped forward after World War II and enshrined these protections into law. The laws of armed conflict ensure that humanity governs the actions of combatants on the battlefield. The Geneva Conventions of 1949 lay out norms for combatants in protecting the wounded and sick, prisoners of war, and civilians found on the battlefield. The Hague Rules of 1907 and subsequent treaties and protocols control the use of weapons systems and what objects may be targeted.

Armed forces around the world are held to these standards. Any violations of these laws are considered war crimes.  Commanders are required to ensure that members of their units are trained and follow the law. The commanders also are required to investigate and take corrective action against anyone who does violate the laws of armed conflict. Under the doctrine of command responsibility, failure to do so makes commanders individually criminally responsible for any and all acts by their units.

President Taylor was indicted for and convicted of aiding and abetting war crimes and crimes against humanity. One of the theories of the liability was command responsibility. Prosecutor v. Taylor stands for the jurisprudential proposition that a sitting head of state is not immune from international crimes committed during that person’s tenure in office. Head of state immunity, a centuries-old legal doctrine, no longer shields that head of state from these crimes.

Make no mistake, Russian Federation forces are bound by international law. Their barbaric acts across the battlefield are not only war crimes, but crimes against humanity, which is a separate international crime. Russian forces are conducting a widespread and systematic attack on civilians in complete disregard of any law.  It is medieval warfare of rape, pillage, and plunder.

Lyudmyla Kizilova, 67, stands next to the grave of her late husband Valerii Kizilov, 70, outside their house in the town of Bucha near Kyiv on April 27, 2022 from which the body was recently exhumed. (Photo by Sergi Supinsky/AFP via Getty Images)

The commanders leading Russian Federation forces are also liable for these crimes. What’s more, President Vladimir Putin is individually criminally responsible for each and every act by his forces in Ukraine. He is not immune for these acts and will ultimately be held accountable.

The gravamen of Russian armed forces offenses in Ukraine is the intentional attack on civilians and civilian targets that have no military reason to be targeted.

The gravamen of Russian armed forces offenses in Ukraine is the intentional attack on civilians and civilian targets that have no military reason to be targeted. The wholesale destruction of towns, villages, and cities are clear violations of the laws of armed conflict. Russian military tactics of terror and fear have not been seen since World War II when the Soviet Union began to march west toward Berlin. They did not follow the laws of armed conflict then and are not doing so several decades later.

For these egregious tactics, various justice mechanisms will hold President Vladimir Putin and his commanders accountable for war crimes, crimes against humanity, and aggression. There is even consideration of investigating President Putin for incitement to genocide. The prosecutor of the International Criminal Court has opened a preliminary investigation regarding war crimes and crimes against humanity. The United Nations General Assembly is considering creating a hybrid international war crimes tribunal for the crime of aggression, similar to the hybrid court the United Nations created for Sierra Leone. Indictments will be issued, and accountability will be had.

There is a concern around the world that the Russian Federation has tactical and strategic nuclear weapons and that there should be great caution in going too far in investigating the Russian Federation for violating international law. Otherwise, the investigation may cause President Putin to use those weapons. This concern is a challenge for those who are seeking accountability for Russian international and domestic crimes, as diplomats may refrain from that accountability because of the threat of the use of nuclear weapons.

The concern is valid, yet the international community must move forward with its investigations and eventual indictments. We cannot give any country that commits war crimes, crimes against humanity, aggression, or genocide a pass just because that country has nuclear weapons.  It would be a terrible precedent.  No country is above the law.

Letting these international criminal acts go unpunished would create a world without the international rule of law that nations put in place after World War II. The United Nations paradigm has provided relative stability in the modern era.

The wholesale destruction of towns, villages, and cities are clear violations of the laws of armed conflict.

We would live in a dark time indeed if nothing is done about the Russian Federation’s crimes. Strongmen, dictators, and thugs are watching what the United Nations does to President Putin.  Should little or nothing happen, these strongmen would be emboldened to act on their own agendas. This would leave the world in turmoil with a disrupted international community in its wake. The rule of law must be seen to be more powerful than the rule of the gun. 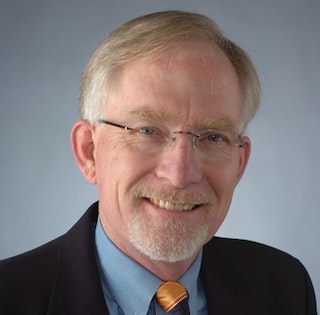