Violence and persecution, especially by authoritarians, are driving people around the world to leave their homes. Free nations should step up their willingness to welcome those displaced.

Refugees walk a bridge at the Ukraine/Poland border on March 6, 2022. (Photo by Daniel LEAL / AFP) (DANIEL LEAL/AFP via Getty Images)

The return of Taliban control in Afghanistan and the Russian invasion of Ukraine brought the world’s attention to the role that authoritarian governments play in displacing people from their homes. This is sadly not a unique situation.

Over 82 million people worldwide are displaced,  many as a result of persecution and violence at the hands of authoritarians. The free world rightly has opened its doors to Ukrainians, and, to a much more limited extent, Afghans. But millions of other refugees are left with few options, long periods of uncertainty in camps, and tiny odds of ever being permanently resettled somewhere safer.

The European response to the Ukrainian refugee crisis has been a rare bright spot in migration policy.

The European Union’s (EU) relatively liberal migration policies for many Europeans, including Ukrainians, have undoubtedly helped. Ukrainians can travel visa-free throughout much of the EU. They don’t have to wait for government bureaucracy to approve a visa application or deem them deserving of asylum protections. This ease of movement eliminates the bottlenecks that can create insurmountable hurdles to escaping tyranny.

This has not been perfect, of course. Reports from early in the war demonstrated the limits of welcome to non-white Ukrainians. Many were either unjustly delayed or outright denied entry upon presenting themselves at border checkpoints with their countrymen.

But, overall, the response to the Ukrainian refugee crisis has been a feel-good story. Few of us will forget the images of baby strollers left on train platforms in Poland to help Ukrainian moms who carried their babies to safety. Nor are we likely to forget the ordinary Germans who greeted Ukrainian refugees at train stations with homemade signs and offers of a meal and a safe place to stay. These stories represent the best of humanity and remind us all how powerful even small gestures of welcome can be.

While Ukraine’s neighbors have shouldered most of the burden — Poland alone is hosting over 3.2 million Ukrainians, and tiny Moldova is sheltering nearly a half million — other allies are helping. The United States has pledged to bring in around 100,000 Ukrainians via a private sponsorship model. The United Kingdom launched its own private sponsorship model, Homes for Ukraine,  providing Ukrainians three years to stay, the right to work, and access to public benefits. And Ukrainians will have the right to stay and work for up to three years in any of the 27 EU member states.

The millions of other refugees worldwide are still waiting for their welcome. This includes tens of thousands of Afghans who were displaced when the Taliban came back to power.

The plight of the Afghans is particularly disappointing. Hundreds of thousands were evacuated by the combined effort of the NATO allies who had had a presence in the country over the last 20 years. Tens of thousands have been resettled across the globe. But thousands remain in limbo.

They are stuck in third countries while they wait for news on whether they qualify for the smaller and more restrictive visa and resettlement programs available to them. While many of them are safe, their situation is untenable. Most are not allowed to work while they wait. For some, schooling for their children is limited. Access to health care can also be uncertain.

And while many will be able to remain indefinitely in their host country, others live from temporary visa to temporary visa, fearful they may be deported back to Afghanistan.

These Afghans cannot begin to rebuild their lives when they have so little control over where they will put down roots in the future.

Many other displaced people have it much worse. Only about one percent of refugees will be permanently resettled, a shamefully low number made worse when the freest and richest countries in the world are unwilling to welcome them. Eighty-six percent of refugees are hosted by nations with developing economies.

The Syrian civil war continues to drive the world’s largest refugee crisis. Since 2011, nearly 7 million Syrians have sought refuge around the world. Europe has hosted over 1 million Syrians, but Germany and Sweden account for a full 70 percent of the refugees. Countries like Norway host fewer than 2 percent.

A Syrian refugee family in a tent village in Sanliurfa, Turkey on October 25, 2015. (Shutterstock)

These are just three examples of the events driving displacement. While many are fleeing authoritarian regimes, others are driven out by war, violence, and persecution on the basis of race, gender, or religion. Some leave home because the economic situation does not provide them opportunities to support their families. In some places, it’s climate — droughts, floods, or other natural disasters make an already tough living situation impossible.

Which of these reasons make refugees deserving in the eyes of the governments that can afford to welcome them? Is it only an invading military? Is brutal persecution of women enough? Or does cultural similarity make some refugees preferable to others?

To be certain, authoritarian regimes drive these refugee crises. Authoritarians rarely do their part to help displaced people. Criticism of free nations is not an endorsement of tyranny.

To be certain, authoritarian regimes drive these refugee crises. Authoritarians rarely do their part to help displaced people. Criticism of free nations is not an endorsement of tyranny.

But the freest and richest countries in the world are not doing enough. All people deserve to live in a country that respects their rights and dignity as people. Unfortunately, too often these countries make arbitrary choices about which refugees are more deserving to live in freedom and prosperity than others.

Citizens of these nations have an obligation as free people to make sure our countries lead. And we should all be asking ourselves how we can do our part to ensure that every displaced person is seen as deserving. 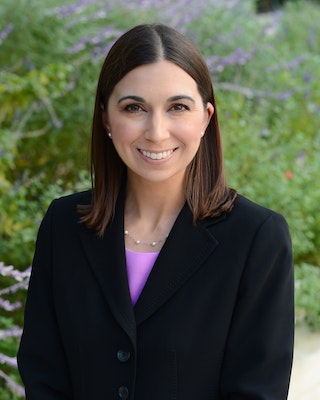