The Resilience of Immigrants is Rebuilding America

An Essay by Rebecca Shi, Executive Director of the American Business Immigration Coalition

Immigrants, both documented and undocumented, contribute to the American way of life.  During the COVID-19 pandemic, their contributions have been critical to keeping America moving — and will be critical to helping rebuild.

Rebecca Shi's mother (left) at her naturalization ceremony, with the immigration officer who read her oath. (Courtesy Rebecca Shi)

The single word that sums up this past year living in a global pandemic is “resilience.” Resilience allows us to bounce back from obstacles and difficulties. Toughness. What Angela Duckworth called “grit” in her best-seller, Grit: The Power of Passion and Perseverance, kicking off a national, near maniacal drive to help kids cultivate this indicator of success. Undocumented immigrants are powerful examples of resilience and grit. Grit built from years, even decades, of plowing through setbacks, disappointments, and hurt. Now they are steadily, quietly, and unglamorously powering our economy back to life. Their resilience is rebuilding America, and they deserve citizenship from a grateful nation.

I came to the United States when I was 10 years old from China. My parents came of age toward the end of the Cultural Revolution. They were urban kids exiled to remote parts of the country — farmlands and rural areas — with the purpose of developing a proletariat sensibility by planting rice and potatoes. The good fortunes of their birth (they were on the younger end) meant the Revolution wrapped up by the time they were in their late teens. The government reinstated the college entrance exam. They applied. My father became a heart surgeon, my mother a pathologist.

Now [undocumented immigrants] are steadily, quietly, and unglamorously powering our economy back to life. Their resilience is rebuilding America, and they deserve citizenship from a grateful nation.

Economic policies in the early ’90s opened China to the West, and my father entered a postdoctoral program at the Harvard School of Public Health. A few years later, my mother and I joined him in Boston. My father and I got green cards and later citizenship. Bad immigration legal advice resulted in my mother losing her legal status and put in deportation proceedings. As a now undocumented worker with a deportation order, my mother worked in Chinese restaurants, and the tips she made put me through the University of Chicago. I remember waking to the door unlocking at midnight followed by Ma counting tips for the day. I remember our monthly trip to Payless to buy another pair of shoes because she had walked her soles down.

One day my Ma called me while I was walking to class. She was rear-ended on her way to work. The cops came. She was terrified of deportation. Nothing came of the accident, but I nixed my plan to accept a consulting job at Morningstar and tried to figure out how to help my Ma. After the 10th immigration attorney turned us down, telling us “Post 9/11, she should do nothing. She might get deported, she is safer in the shadows,” I decided to become an immigration organizer. I joined a movement of advocates trying to change the law and protect my mother.

In my work I was fortunate to meet former Congressman Luis Gutiérrez, who together with Senator Bob Menendez, stopped my Ma’s deportation. Because of a review of old deportation orders under the Obama Administration, she got a green card and, five years later, citizenship after living 23 years in this country. Both of her parents had passed away while she could not visit them, and her brothers and sister had become strangers. The immigration officer who read her oath of naturalization was a Muslim American woman in a full head scarf. That July, Ma insisted on attending the Fourth of July Independence parade in Skokie, a suburb of Chicago. She was decked out in an American flag T-shirt and American flag scarf and waved two American flags.

Rebecca Shi with her mother on the Fourth of July. (Courtesy Rebecca Shi)

At the age of 63, Ma returned to the medical profession where she examined biopsy specimens to diagnose a range of illnesses like tumors and ulcers. My Ma’s example shows that when you legalize people who are working and contributing, you unleash their economic potential. And our country needs it.

I share my Ma’s story because I see her and other immigrants, particularly undocumented immigrants, contributing to our country every day. In their relentless pursuit of the American dream, they strengthen that dream for every American. And Americans agree — American support for immigration has soared to historic highs.  For the first time since such polls were conducted in 1965, Americans want more, not less, immigration.

This sentiment is likely attributable to the fact that for the past 10 months, COVID-19 has forced Americans apart but brought them closer to immigrants and the enormous contributions they make every day. Seventy percent of immigrants work in a field classified as essential. Refugees and immigrants risk their lives processing and packaging meat in factories that spread COVID-19 at alarming rates. Undocumented workers pick the crops we eat, sauté the food at our favorite restaurants, and deliver them safely to our doors.

Farm laborers working with an H-2A visa line up to get lunch on April 27, 2020, in Greenfield, California. (Brent Stirton/Getty Images)

They work as frontline medical workers and in supermarkets. Over half of the technology gadgets we use have at least one immigrant inventor. Immigrants or their children played key roles in developing two highly effective vaccines. From the technology we rely on, to caring for the sick, the food we eat, and vaccines distributed across the country, immigrants do the lion’s share of the work to keep Americans well fed and alive and may eventually restore us to some semblance of normalcy.

From the technology we rely on, to caring for the sick, the food we eat, and vaccines distributed across the country, immigrants do the lion’s share of the work to keep Americans well fed and alive and may eventually restore us to some semblance of normalcy.

2021 will be the year for immigration solutions. Immigrants are the frontline of our pandemic recovery. They are the foot soldiers. They put one foot in front of another, again and again and again, even when in fear, in pain, and while sick. Resilience. Grit. Toughness. They will become U.S. citizens one day. I have no doubt. But I hope sooner rather than later, not necessarily for their benefit, but because America will be stronger, wiser, and more prosperous for it. 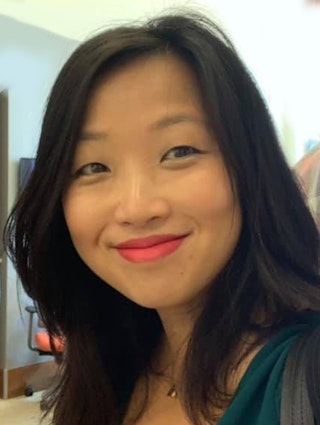