The American Dream is Also About Generosity and Respect

An Essay by Joseph Kim, North Korean Refugee and Expert in Residence in the Human Freedom Initiative at the Bush Institute

The American dream is centered around the idea that if you work hard, you can "make it" in the United States. But hard work alone isn't always enough — sometimes you just need the help of kind strangers.

In The Epic of America, James Truslow Adams defined the American dream as "a land in which life should be better and richer and fuller for everyone, with opportunity for each according to his ability or achievement."

I have studied political systems, but more uniquely, I have lived in both North Korea and the United States, so the differences between having freedom and opportunity, and not, are clear to me. 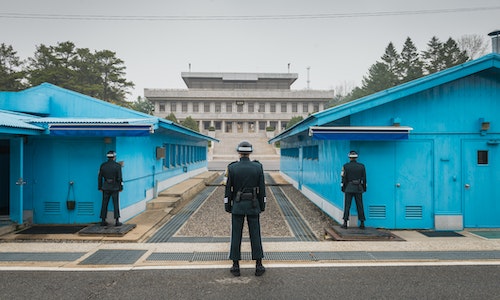 I believe that democracy and a market-based economy are the best means of creating the kind of land Adams described, one in which there is equal opportunity and a fair distribution of wealth. Liberal democracy ensures equal opportunity to participate in a larger society by rewarding people with talents, skills, and competence, not based on perceived loyalty toward those in power. Similarly, a market-based economy warrants fairer access to wealth based on merit, not based on one’s connection to power.

Let me clear, though: I did not achieve the American dream solely upon my merits. The American dream I have experienced was not just about meritocracy but also about the generosity and grace of strangers.

The American dream also means different things for different people. For some people, it is about getting a high-paying salary, having a great family, and becoming a lawyer or doctor.

For me, I dreamed of going to a college in the United States. My father always encouraged me to get a good education, although I never was a good student. In fact, I failed many classes. But since he literally sacrificed his life for my family by giving us what little food he had, I decided to honor his death by pursuing a college degree once I got to America.

Hannah Song, CEO of Liberty in North Korea, joined Joseph Kim on The Strategerist podcast, where they discussed the situation in North Korea and how Joseph was able to escape -- with LiNK's help.

Achieving that dream was not easy, as I came to the United States from a humble background in North Korea, where I was left homeless and orphaned. Nor did I reach my dream because of my effort and ability alone.

I came to America thanks to the work of an organization called Liberty in North Korea (LINK), which helps to ensure refugees safe and free passage out of China to South Korea and the United States.

Liberty in North Korea celebrated its 15th anniversary in 2019. (via Instagram @libertyinnorthkorea)

Once here, I grew up in a foster family, where I had the opportunity to finish high school and pursue higher education. Along the way, I also had friends, mentors, and family who helped me rise when I fell.

I went to a four-year college with a generous scholarship. And it was possible because of generous people who helped me with my college application, revising essays, and writing recommendation letters.

I recently reconnected via email with a person who wrote my recommendation letter. He wrote back and said, “It was a pleasure to connect you to Bard College and I am so happy that they offered you a full scholarship. My family was poor, and I could not have had the education I did without full scholarships, so I know what a difference it can make.”

This person grew up in South Carolina with no heritage or cultural connection to Korea. All he knew was that I, too, could benefit from scholarships and the opportunity to pursue higher education.,

Of course, others are not as fortunate as I have been. For some people, the American dream remains an illusion. In its "Economic Mobility: Is the American Dream Alive and Well?" report, The Pew Charitable Trusts Initiative describes how access to equal opportunity is constrained by economic mobility, which is defined by "personal or family incomes."

In other words, the gap between the rich and poor too often shapes whether people actually can participate in the dream that Adams described nearly a century ago. Depending upon one’s economic circumstances, an individual's hard work, effort, and merit may not always lead to success.

To me, the American dream is more than an economic dream, though. Generosity, respect, and recognition of others are part of this dream, too. And rich or poor, educated or not educated, each one of us has the capacity and the responsibility to protect this dream for the good of others.

Rich or poor, educated or not educated, each one of us has the capacity and the responsibility to protect this dream for the good of others. 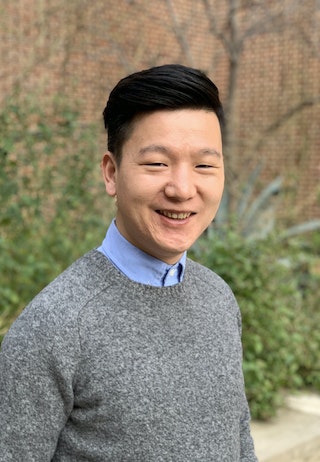