Grit and Community are Key to Reaching Full Potential

An Essay by Dionne Gumbs, CEO and Founder of GenEQTY and 2018 Presidential Leadership Scholar

The American dream isn't equally accessible to all. Dionne Gumbs shares her story and how it has inspired her to work to help build meaningful wealth for women and multicultural business owners.

"The matriarchs" — Dionne Gumbs' grandmother and great aunt, who laid the foundation for the family's life in America. (Courtesy Dionne Gumbs)

I was 5 years old when I boarded that Pan Am flight. My small feet labored underneath me to carry an oversized backpack not meant for my frame.  It was filled to the zippers with items that we could only get from “back home.”

To this day, I’m still not sure if those images are engrained in my brain from memory or because I have heard the story being told so many times.  “Back home” was Guyana, a country on the northern tip of South America with a rich Caribbean culture.  And that fateful flight was bringing me to my new home Brooklyn, New York, the place that would become the anchor of our family.  Brooklyn, where my grandmother and great aunt bought the house that would raise and shelter grandchildren, cousins, and friends for decades.

My grandmother was an educator, my great aunt was a nurse, and together they created an impenetrable force field around our new home.  Steeped in an unshakable belief in God, education, and the possibility of America, two matriarchs laid the foundation there for what I should expect from myself and the world around me.  Their sacrifices gave us the keys to a kingdom they had not known, yet still believed in. Etched into our home was the ethos of hard work, faith, family, community, and service; and if I dutifully lived by those tenets, it was understood that America, the one I saw on TV “back home” with its tall buildings, limousines, and Michael Jackson moonwalking, would have me as its very own.

Their sacrifices gave us the keys to a kingdom they had not known, yet still believed in.

And so, it was settled. I would work, learn, and earn my way into gifted and talented programs and ultimately, one of them would change the course of my life forever. When I was 10 years old, a teacher told my mother about Prep for Prep. After an IQ test, rounds of interviews, reading, writing, math, and other exams, I was selected out of hundreds of gifted children across New York City to participate in the program.

For two summers, instead of playing outside with friends, I traveled from Brooklyn to the Upper West Side to learn advanced science, Latin, and to devour literary works like The Diary of Anne Frank, To Kill a Mockingbird, Invictus, and Black Boy. For one entire school year, I attended Prep on Wednesdays and Saturdays, balancing its rigorous curriculum with my public-school assignments. Prep's motto of “Excellence, Integrity, Commitment, and Courage” layered into those of my family matriarchs, and with every tear, test, page turned, and late night, I knew I was inching closer to meet the expectations of sacrifices that were made for me.

I went from an elite private school, to Ivy League institutions, into hedge funds, and big banks, and rooms with CEOs. I’ve met with the prime minister in India, and business leaders in China, debated with philanthropists around policy, politics, and economics. I’ve even had the honor of sitting intimately and learning directly from presidents and leaders of our great nation. Learning and working hard to validate words I read from Eleanor Roosevelt and believe to be true, that “no single individual, of course, and no single group has an exclusive claim to the American dream.” And if this was the case, I, too, could have the American dream, and I could help others realize theirs.

My story is not unique. Many of us traverse between cultures and worlds, finding ourselves in places both uncomfortable and unfamiliar to climb, and become the fulfilled dreams of those who have sacrificed so we could build better lives. Whether natural born, first or second generation, we carry the weight of duty — not just to ourselves, our present, and America — but to our past.

Many of us traverse between cultures and worlds, finding ourselves in places both uncomfortable and unfamiliar to climb, and become the fulfilled dreams of those who have sacrificed so we could build better lives.

While the American dream belongs to not one but to all of us, it is not hard to see where attainment is more difficult for some than others. We must not allow ourselves to entertain complacent ignorance that attempts to blind that reality and stymie who we as a nation can evolve to be.

Dionne Gumbs is a member of the 2018 class of Presidential Leadership Scholars. Learn more about the program that teaches mid-career professionals lessons in leadership through the lens of the experiences of Presidents George W. Bush, Bill Clinton, George H.W. Bush, and Lyndon B. Johnson.
About the program

Not all networks are created equal. Therefore, not all network effects have equal weight, mainly in bringing about economic change and creating opportunities that work for more. As I’ve said before, we are all stakeholders with a duty and responsibility to create efficient systems of accountability.  Democracy requires both its citizens' input and the intentional commitment to work to build a more inclusive union.

GenEQTY is a platform born out of the intense desire to give financial freedom and relief to businesses and entrepreneurs working to fulfill their American dream. With GenEQTY, I hope to create real economic change by moving the unforgotten middle towards success.

Democracy requires both its citizens' input and the intentional commitment to work to build a more inclusive union.

The core of the businesses that fail and never realize true potential are usually the ones run by women, diverse, and multicultural owners. When they fail, whether through lack of capital, business savvy, or financial management tools, an opportunity for wealth creation is lost. Leveraging on data science and the reaches of technological evolution, and together with an adaptable strategic partnership, we hope to do our part as a company to create economic value and enhance lives and communities.

The American dream is as much about individual grit and determination as it is about community. This moment is such a crucial time for us all. How wonderful will it be to say that we played an active role in shaping this new world. It's a heavy responsibility, and we are ready. 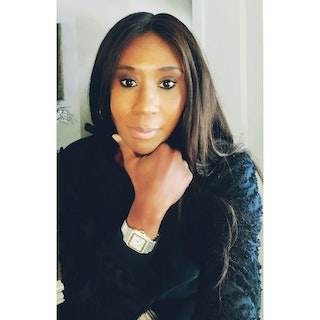