The Evolution of the Idea

The American dream is a widely known concept, but is it still achievable in the 21st century? The once radical idea is ever-changing, but is now rooted more in dignity than in dollars.

Even in the 1930s, when the term was coined, the American dream was more than "motor cars and high wages." (Armstrong Roberts/ClassicStock/Getty Images)

The American dream has always meant more than the achievement of great wealth by a few fortunate citizens, or even rising levels of material consumption for the American people as a whole. The historian James Truslow Adams, who coined the term in a 1930s book, wrote of this dream: “It is not a dream of motor cars and high wages merely, but a dream of a social order in which each man and each woman shall be able to attain the fullest stature of which they are innately capable, and be recognized by others for what they are, regardless of their fortuitous circumstances of birth or position.”

This famous quote, however, begs the question of what kind of society will best promote human flourishing as Adams describes it. And what, exactly, is American about this dream?

One place to look for further answers is the formative experience that shaped American civilization into its distinctive mold: the American Revolution and the emergence of a new society in its momentous aftermath. The historian Gordon S. Wood analyzes these questions in his Pulitzer Prize-winning book, The Radicalism of the American Revolution.

Wood’s book, refuting the popular myth that America’s independence struggle was a conservative movement by elites to protect their own interests, argues that the Revolution had transformational consequences, beyond even the intentions of its most radical leaders. “If we measure the radicalism by the amount of social change that actually took place,” Wood writes, the Revolution was “as radical and as revolutionary as any in history.”

Before the Revolution, most American colonists – like most people around the world – were born into and lived within strict, static, unequal relationships with elites commonly understood to be their social superiors. In the economic sphere, a surprisingly large share of working people were legally bound to servitude or tenant farming relationships, with numerous laws in place to control laborers and recapture runaways. The colonies largely accepted slavery because it was merely the most extreme version of a spectrum of arrangements subordinating working people to the interests of the wealthy few. Labor relationships often involved financial indebtedness to one’s feudal superior, further constraining the freedom of laborers. In politics, elites generally agreed that common people were unfit to play an active role in shaping public affairs.

Within a generation, the Revolution gave rise to an unrecognizably altered world. A central idea was that not only the nation but each individual should be, and in fact was, independent. Americans embraced the radical premise that all forms of work are equally honorable, celebrated small-scale commerce, and launched startup businesses in huge numbers. They even embraced the novel concept that hard work could lead to increased productivity and improving living standards for ordinary working families.

Within a generation, the Revolution gave rise to an unrecognizably altered world.... Americans embraced the novel concept that hard work could lead to increased productivity and improving living standards for ordinary working families.

In the political and social realms, Americans adopted the unprecedented view that everyone’s voice — at least every white male voice — counted as much as anyone else’s, and that people should be free to move about and associate with whomever they chose. The early post-independence decades saw an explosive increase in clubs and volunteer organizations, as Americans eagerly seized new opportunities to decide for themselves how to spend their time and money.

The Revolution enshrined a radical idea at the heart of America’s core values: the dignity of every individual American. This idea implied that each person’s opinions, choices, and aspirations deserve equal respect. And it led inexorably to the conclusion that America should strive for equality of opportunity.

A protester in Washington, D.C., at the anniversary of the 1963 March on Washington, August 28, 2020. (Steve Sanchez Photos / Shutterstock)

This vision was, of course, far from the social realities of early America. Much of American history has been the story of how the nation gradually, and often grudgingly, acknowledged the equal dignity of more and more Americans, still a work in progress.

But this distinctive American story points to a radical possibility. Perhaps we should evaluate the health of the American dream not by economic outcomes but by the extent to which America respects the equal dignity of each American.

Dignity and the dream in history

America at its best respects the freedom of every individual to make their own choices...it also acknowledges the historical truth that compassionate collective action has always been necessary.

The dignity thesis also suggests a resolution of America’s historic debate over whether the American dream calls for an ethos of rugged individualism or one of collective community action to lift people up. The answer is both. America at its best respects the freedom of every individual to make their own choices, unfettered by social convention or excessive state regulation. But it also acknowledges the historical truth that compassionate collective action has always been necessary to remove barriers that insult the dignity of fellow citizens.

The state of the American dream today

Measured against these standards, today’s America offers both bad news and good news. On the one hand, 21st century America denies equal opportunity in countless ways by protecting privileged interests at the expense of newcomers. Indefensible business and occupational licensing rules block the creation of new companies. Over-restrictive land-use rules protect existing property owners by holding back new housing supply and pushing home prices out of reach for young Americans.

In addition, the United States continues to underinvest in quality education, despite abundant evidence that Americans with relatively low educational attainment levels are increasingly falling behind. Educationally deprived Americans are experiencing not only stagnant earnings but also calamitous increases in substance abuse and declines in family stability and civic engagement. Racial prejudice continues to influence social and economic outcomes, in some cases to a shocking extent.

Educationally deprived Americans are experiencing not only stagnant earnings but also calamitous increases in substance abuse and declines in family stability and civic engagement.

Americans are far too inclined to view people across the nation’s deep political divides as enemies rather than as fellow citizens with valid opinions worthy of respect. It would be hard to think of a more complete rejection of the dignity of fellow Americans.

On the other hand, plenty of signs suggest that the core value of equal dignity remains strong in the minds of most Americans. It was visible in the tremendous outpouring of Americans of all backgrounds in 2020 to defend the proposition that Black lives matter. It’s visible in the stunningly fast shift in public attitudes toward greater respect for the dignity of LGBTQ people. It’s visible, also, in the high esteem Americans across the political spectrum have for small business owners, military veterans, and front-line healthcare workers. 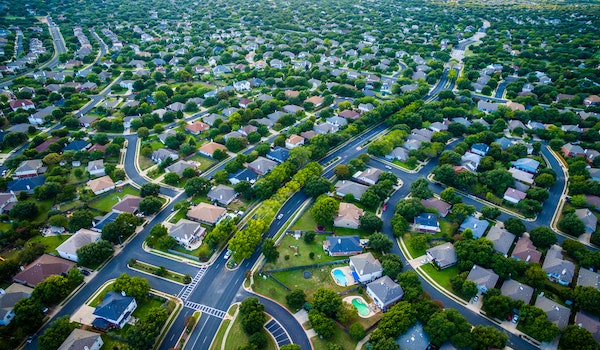 The Bush Institute-SMU Economic Growth Initiative recently released its report on how cities can drive economic mobility for its citizens. Read the report

The striking successes of so many immigrants and their many contributions to the nation’s life suggest that the American dream is alive and well for millions of new Americans. Native-born Americans, moreover, mostly treat immigrants with greater dignity than past generations of newcomers experienced, even if this story too is a work in progress. And more and more cities are launching initiatives to expand opportunities for their disadvantaged communities, as the George W. Bush Institute-SMU Economic Growth Initiative explores in-depth in its new Blueprint for Opportunity program.

Even in the 21st century, America stands out in the world for its commitment to the principle of equal dignity. More than virtually any society, America has broken the constraints imposed by law and social convention on human autonomy, choice, and enterprise. Measured by this standard, the American dream remains a radical idea – and this radical dream is alive and well today.