The Intersection of Religious Freedom and Partisan Politics

A Conversation with Michael McConnell, the Richard and Frances Mallery Professor and Director of the Constitutional Law Center at Stanford Law School

While the Supreme Court has consistently protected religious freedom, some societal issues are being labeled as religious issues — evoking partisan politics and resulting in declining trust.

Michael McConnell is the Richard and Frances Mallery Professor at Stanford Law School, where he also serves as Director of the Constitutional Law Center. A Senior Fellow at the Hoover Institution and a former Circuit Judge on the United States Court of Appeals for the Tenth District, McConnell writes frequently about religious freedom and the law. He is co-author of the forthcoming book, “Agreeing to Disagree: How the Establishment Clause Protects Religious Diversity and Freedom of Conscience."

The University of Chicago Law School graduate spoke with The Catalyst in December about religious freedom’s impact on trust in American institutions.

How would you assess the state of religious freedom in the United States, whether in terms of the Supreme Court, Congress or the larger civil society? Are we closer to protecting freedom of religion or are we moving away from that goal?

When you look away from the Court, I think that the ideal of religious freedom has become politicized and controversial and polarized in much the way so many things in American public life have unfortunately become. So when religious freedom has been invoked on behalf of dissenters from the triumphs of some of the progressive sexual revolution — gay rights, abortion, for example — people have said that may be public policy, but don't make us do it in our own churches. Don't make us do it in our own lives.

By “do it,” I mean take steps that support or take sides with the decision. Those cases have been the most inflammatory in recent years, such as does a baker have to bake a cake for a gay wedding? That kind of case has been extremely inflammatory, even though cases of that sort are a tiny fraction of real religious freedom cases.

By far the largest number of religious freedom cases are actually prisoner cases. Yet when states have proposed religious freedom restoration laws, the press often labels these as anti-gay and anti-LBGT laws. They have become controversial in a way that they were not some 20 or 30 years ago.

In the end, our liberties are not just protected by the Supreme Court, they're protected by the ethos of the people. And if the American people cease to be protective of religious freedom and instead see this as a partisan matter, then that will be a real loss.

If the American people cease to be protective of religious freedom and instead see this as a partisan matter, then that will be a real loss.

How do you see these trends moving? Are they affecting trust in our government and institutions, or perhaps not?

We have business corporations taking political sides and that pleases some people and displeases other people. But I think it leads to distrust because suddenly institutions that ought to be neutral are not. You want to be able to buy a razor blade without worrying what the razor blade company thinks about something. You ought be able to be a member of the American Bar Association without having to buy into a bunch of political views.

When these things happen, trust declines.

What role do you see religious freedom playing in stabilizing a nation?

The question is always, compared to what? If compared to government control over religion, where the dominant view in the country is going to be given advantages, that is an unstable and explosive situation. It turns religious dissenters who might be perfectly happy, good citizens into enemies of the regime. For serious religious believers, their understandings of the divine may be their deepest beliefs. If the state is going to take sides against their beliefs, their ability to be good citizens is going to be undermined.

But I firmly believe that a world in which religious freedom flourishes is more likely to be a stable and consensual society than one without. 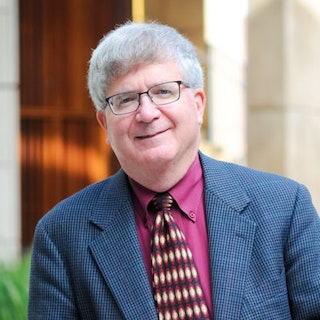