An Essay by Bill Haslam, Sammons Enterprises Fellow at the Bush Institute and Former Governor of Tennessee

As American politicians continue to divide themselves into two disparate parties, humble leaders who can admit fault are key to uniting a nation — and restoring trust in our government.

Governor Haslam visits a Tennessee classroom in 2018. (via Twitter)

It has been said that those who choose to seek the high road of humility in politics will never run into a traffic jam. There is more than a little truth in that statement. A friend of mine used to tell me that politics was for people who wanted to be in show business but didn’t have the looks. Might be a little truth there, too.

Politics undoubtedly attracts more than its fair share of oversized egos. Some of that is due to the filtering process of being a candidate. After all, it takes a certain amount of confidence to run for office. You open yourself to the comments and critiques of anyone who cares to weigh in.

If you’re really unlucky, you also will have an opponent who chooses to spend a lot of money on television to let everyone know that you are too liberal, too conservative, crooked, a puppet, inexperienced, and that you hate children and old people. Like being a cornerback in the National Football League (NFL) or an actor on Broadway, being in political office requires having the confidence to do your job in front of an audience, many of whom are hoping you will fail.

The temptation of pride

The process of running means that you are saying, “I am the one who can solve all of these problems.”

Once elected, the temptations toward pride only increase. After I was elected governor, it seems that my speeches got more interesting, and my jokes got funnier. The sense of self-importance swells as the list of people who want to meet with you grows and grows. You move to a big house behind the gate and state troopers drive you everywhere you go. When you are introduced for a speech, the whole room rises as one to applaud the wisdom that is sure to follow.

Most of us, office seekers or not, come into the public square because we have convictions about the answers to certain problems. Perhaps it is the desire to provide better health care or equal access to quality education. Maybe we are driven by our perception of the deteriorating culture of the country or a fear about a warming planet or a growing budget deficit.

The issues that drive us and the passion of our convictions are the fuel that push us to try and solve problems. We think we have the answer, or we would not be there. The passion to be a part of the solution is at the heart of all the good reasons we step forward. Passion, combined with humility, provides great soil for a fruitful entry into the public square. On the other hand, misplaced passion can lead us to crash onto the public square in harmful ways.

When my children were growing up, I spent a lot of time coaching their various sports teams. I always have loved sports and enjoyed hanging around my kids and their friends, so it was a good fit. I did learn something about adults from watching kids’ sports — it brings out the worst in us. Normally mature adults grow red-faced at an umpire’s mistake in a t-ball game, where an inning is not over until everyone bats. I was guilty of that a few times myself.

Politics is the same way. Passions become inflamed in what started as a casual discussion with friends or neighbors. Because we know we have the right answer, it is frustrating that others cannot see it our way. And like overzealous parents watching a t-ball game, it often brings out the worst in us.

Passions become inflamed in what started as a casual discussion with friends or neighbors. Because we know we have the right answer, it is frustrating that others cannot see it our way. And like overzealous parents watching a t-ball game, it often brings out the worst in us.

My first job in politics was serving as an intern in Senator Howard Baker’s office in Washington. I was a college student who was pretty sure I was coming to Washington to help save the Republic. Instead, my job looked more like answering constituent letters in those pre-email days and taking messages to the Chief of Staff in those pre-cell phone days.

While my role was not quite what I envisioned on my drive from Tennessee to D.C., I learned a lifetime of lessons about political service from Senator Baker. In 1966, he became the first Republican elected to the Senate in Tennessee in 90 years. He would go on to be elected as the Senate Majority Leader, serve as President Reagan’s Chief of Staff, and be the United States Ambassador to Japan.

What I most remember was his admonition to “Always remember, the other fella might be right.” This is not an argument to always find the middle spot, to find a compromise position, that allows you to move on from the sticky problem. If we do not hold certain convictions, things we know to be true or right regardless of circumstance, there is no reason to be engaged in public policy. We do not need any more elected officials that do not have any convictions beyond getting reelected.

Instead, it is an argument for remembering why we came into the public square. We are there because we think good government matters for the quality of life in our communities and in our country. We believe that good government can truly impact the lives of the people we serve. We also believe that getting to the right answer is more important than just getting to our answer.

While humility has never been easy, it seems to be even harder today when humility has gone out of style, and not just in politics. NFL receivers celebrate a seven-yard completion for a first down like they just caught the winning touchdown in the Super Bowl. Business leaders write books about themselves and their remarkable achievements.

Pride and protecting one’s pride are however very much in fashion. All of us want to be right in every argument and look good in every situation. Great leaders have always had the ability to recognize that they don’t always get it right.

All of us want to be right in every argument and look good in every situation. Great leaders have always had the ability to recognize that they don’t always get it right.

Prior to the invasion of Normandy, then-General Dwight Eisenhower wrote a letter that, thankfully, he never had to send. He had prepared a memo in case the momentous D-Day landing failed. “Our landings have failed, and I have withdrawn the troops. My decision to attack at this time and place was based upon the best information available. The troops, the air and the Navy did all that bravery and devotion could do. If any blame or fault attaches to the attempt, it is mine alone.”

Most of us would have too much pride to write that letter. We would begin to find a way to spin the story in a way that would protect our pride and reputation. Think how exceedingly rare it is for a leader today to say, “I am sorry, I did not get that one right.” And think how much better served we are by leaders who have the humility to want to get to the best answer, not just their own answer.

This essay is adapted from Governor Haslam’s new book, Faithful Presence: The Promise and the Peril of Faith in the Public Square. 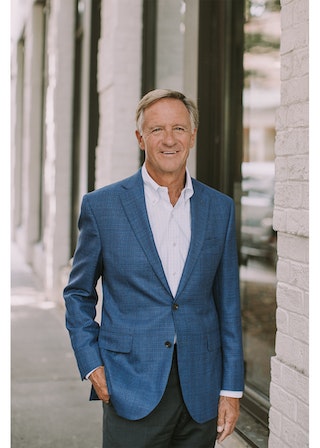