A Conversation with Tony Blair, Prime Minister of Great Britain and Northern Ireland from 1997 to 2007

“Anything that stands in the way of the freedom of your people to express themselves in the way that they believe is appropriate and right in terms of their religious belief, that is not just wrong in itself, it's an obstacle to the development of a country.”

Tony Blair served as Prime Minister of Great Britain and Northern Ireland from 1997 to 2007. After leaving office, he founded the Tony Blair Institute for Global Change.  A major part of the organization’s work is promoting religious freedom, particularly in regions of the world rife with sectarian tensions.

What do you see as the impact of religious freedom on democratic stability? How do you see that playing out around the world?

The thing about the world today, and I learn this every day in the work we do with governments in different parts of the world, including some of the most difficult parts of the world in Africa, the Middle East, and the Far East, is that everything is mobile except for two things: the basic human capital of the country, even with migration, and government. They are not mobile.

You can't import the government, but you can import capital. You can import technology. But how you run government effectively and how you develop the human capital of the country, those two things a country has to do by itself. It’s got to take the right decisions and make the right choices, because in today's world, the development of that human capital and the ability of governments to do that is integral to economic prosperity.

No country is going to succeed unless they educate their people well. And, therefore, anything that counteracts the education of all the people is a problem. It's a problem, not just socially, it's a problem for the country's future prosperity.

Why — and how — Democracies Must Promote Religious Freedom

Read the article and watch the video

That’s why religious bigotry or prejudice against religion or the suppression of religious freedom are problems for a country. In the end, it means you exclude a certain portion of your human capital. You also then inculcate in the other parts of your society an attitude that's negative and hostile towards those that are different. All of that runs against what you need to do in order to educate your people well, to make them comfortable as the world that comes together today.

Even with all the trends against globalization, still today we are moving together, more integrated, more recognizing the necessity to work across boundaries of nation, faiths, race, and culture than ever before. Anything that stands in the way of the freedom of your people to express themselves in the way that they believe is appropriate and right in terms of their religious belief, that is not just wrong in itself, it's an obstacle to the development of a country.

I have a very, very clear belief that ultimately liberty is an important part of progress, not just morally and not just socially, but economically too.

I have a very, very clear belief that ultimately liberty is an important part of progress, not just morally and not just socially, but economically too.

You are seeing these trends around the world and perhaps feeling reassured by them. But we do see places like China, with its treatment of the Uyghur Muslims. So, as you look across the world, which way are the trends in religious freedom moving?

You can see certain situations in which there is suppression of religious belief and religious freedom. You can think of those examples very easily and identify them. But I don't think there's any situation in which that happens, which isn't a significant long-term problem for the country doing it.

In the end, China will have to come to a different way of treating the province of Xinjiang, if it wants to be truly a united country. Any form of nationalism that ends up as religious nationalism directed at a minority community is going to destroy a country's possibility of progress.

The one thing I'm sure of is that in the younger generation coming up today, the talented, smart people are not going to want to live in a society, or be able to develop their potential, if they see others around them treated badly or denied their freedom because of their convictions or belief. 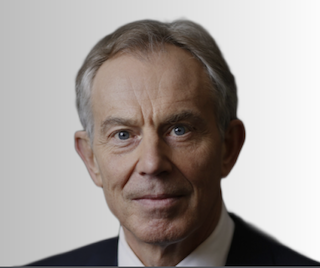