Changing the Narrative Around People in Poverty

A Conversation with Wes Moore, CEO of Robin Hood; Author, The Other Wes Moore

Honest conversations will help eliminate the misconceptions about people living in poverty. The barriers to mobility are complex, and a realistic narrative will  help lead to greater economic and social mobility.

Wes Moore is the CEO of Robin Hood, a New York City organization that focuses on improving the living standards of the city’s low-income residents. One of America’s largest anti-poverty groups, Robin Hood relies upon data to determine recipients of the foundation’s grants to schools, food pantries, shelters, and other poverty-fighting initiatives.

Moore has been an Army captain and paratrooper, a Rhodes Scholar, a White House Fellow, and the author of the best-selling The Other Wes Moore. In an email exchange with The Catalyst, he draws upon his own experiences growing up as the child of a single mom in Baltimore and the Bronx. He emphasizes why changing the narrative about people in poverty is so critical. The antidote, he contends, is involving people who actually live in poverty in the conversations about their lives and the conditions impacting them, including the role race plays in limiting their mobility.

You once said that it’s too easy for people to go into poverty, and too difficult to get them out. Could you elaborate upon that? 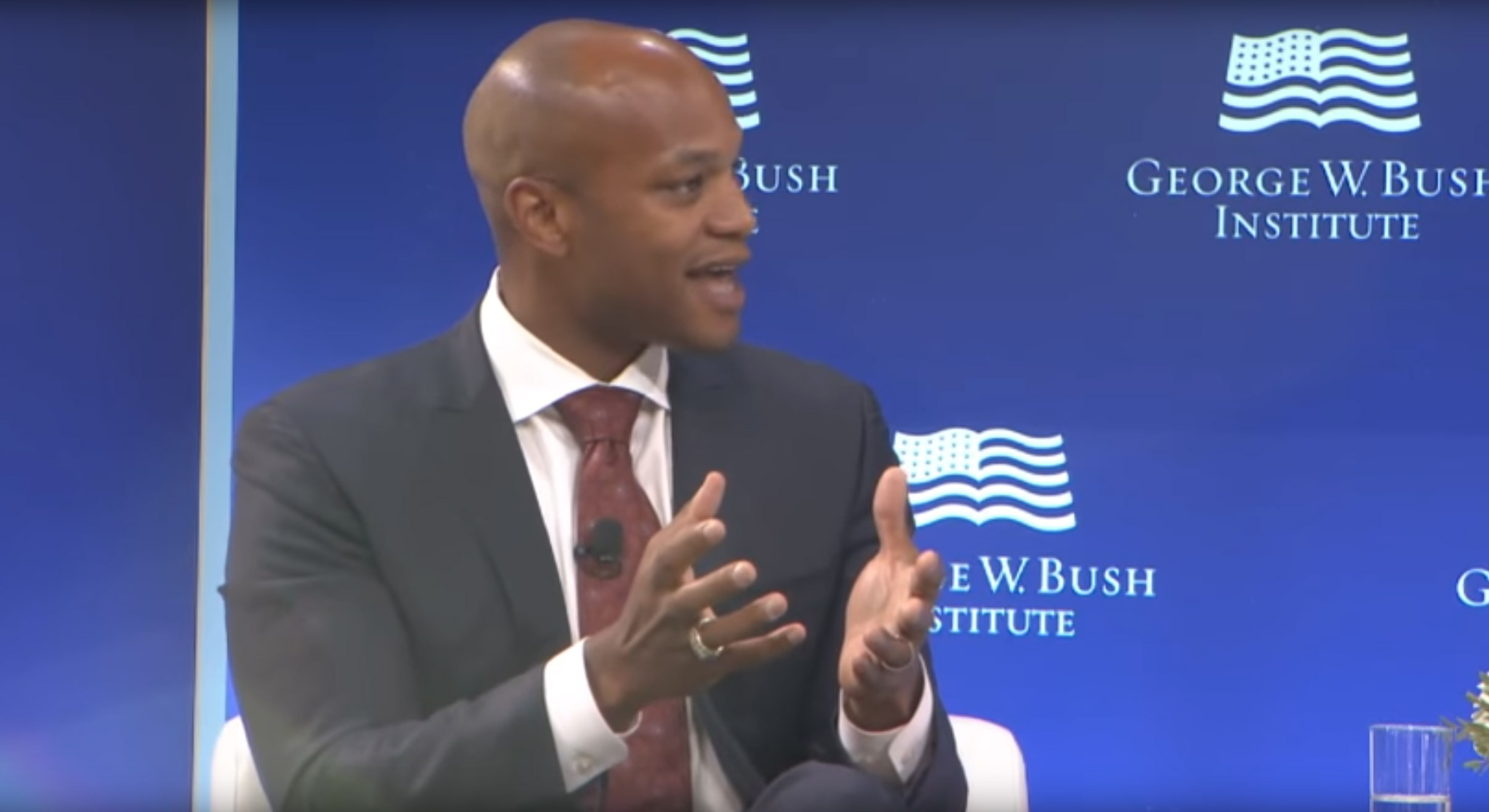 Wes Moore spoke at the Bush Institute's Spirit of Liberty event in New York in 2017.
Watch the video

We attack poverty wherever it lives, and we follow the data where it leads us. And from that, we know how pervasive the problem is. There are over 1.5 million people in poverty in New York City, roughly 40 million people across the country. But millions more live just barely above the poverty line.

We attack poverty wherever it lives, and we follow the data where it leads us. And from that, we know how pervasive the problem is.

Robin Hood’s own Poverty Tracker,  a groundbreaking study of inequality in New York City launched in partnership with Columbia University, shows that while the poverty rate in New York City hovers around 19 percent, 42 percent of New Yorkers have experienced poverty in the past three years — nearly half of all people in this city of over 8.5 million.

The poverty rate is only a part of the story, and that’s true nationally. Recent data from the Prosperity Now Scorecard show that 40 percent of American households live one missed paycheck away from falling into poverty.

All of that data show us that though people move in and out of poverty, actually escaping poverty is far too difficult. Poverty is far more pervasive than many realize. If you miss a paycheck, or get laid off, or have an unexpected medical expense, you can fall right back under the poverty line, while far too few people see actual economic mobility from poverty.

You also have talked about needing to fix the way we talk about people living in poverty. What do you mean by that? And how do you change the narrative?

When we look at this pervasive and chronic poverty, that’s a consequence of policy choices. Policies have played a pivotal role in putting people and keeping people in poverty. But too often, when we talk about poverty, we talk about the people who are living in that terrible reality as if it’s a choice, or as if they’re lazy. Meanwhile, our Poverty Tracker data show us that working New Yorkers make up the majority of adults living in poverty or hardship.

But too often, when we talk about poverty, we talk about the people who are living in that terrible reality as if it’s a choice, or as if they’re lazy.

Meanwhile, these narratives do lasting harm to people, from their role in influencing policies to discouraging people from registering for benefits that could help improve their economic conditions to move forward. There are ever fewer means of ascent up the economic ladder, and people in poverty are being met with narratives that blame them for their economic situations.

When it comes to changing the narrative, we need honest narratives around the challenges that people in poverty face and the barriers to mobility. When it comes to poverty and so many other issues, it’s not enough to talk to or about people living in poverty, we must make them a part of the conversation.

When it comes to poverty and so many other issues, it’s not enough to talk to or about people living in poverty, we must make them a part of the conversation.

At Robin Hood, we have a community of hundreds of people in poverty called the Design Insight Group, or DIG, who we pay for their insights and expertise around the challenges they face, as we develop interventions through our tech incubator, Blue Ridge Labs. That’s an effort to develop the best interventions possible with a fundamental understanding that people who are closest to the problem are usually closest to the solutions. It also addresses the narratives around people in poverty by seeing people in communities for their strengths over their deficits.

I compare this to my own personal story — when I was growing up in the Bronx on that precipice of poverty, my mom scraped together the money it took to send me to private school, a really good school in the Bronx called Riverdale, but I struggled. By the time I was 13, I was asked to leave the school. My mom sent me to a military school instead — Valley Forge Military Academy in Pennsylvania.

Roughly 20 years later, after I wrote The Other Wes Moore, Riverdale invited me to come speak. I was honored and a little surprised, given how things had ended. They joked that the damage I caused had mostly been fixed. When I was at Riverdale, someone asked me what could have made a difference in my experience there, and I said instead of pitying me or talking about my struggles, I wished someone had asked me. I wish that I could have played a role in addressing the issues that I was facing.

[I]nstead of pitying me or talking about my struggles, I wished someone had asked me. I wish that I could have played a role in addressing the issues that I was facing.

That’s both how we change the narratives around people in poverty and also how we understand the damaging role that these narratives play in the first place — they separate us from one another, they castigate people, they create “others.”

What is the role of race in combating poverty?

That reality is neither limited to our data nor limited to New York City. Over the past year, much attention has rightfully been paid in our industry to the research of Opportunity Insights, a Harvard-based nonpartisan research and policy institute headed by economist Raj Chetty.

Armed with decades of Census data, Chetty and his team have been able to map mobility down to the zip code. Chetty’s research shows that black men earn consistently less that white men in America, regardless of whether they are born poor or rich. It shows that the very worst places in America in terms of economic opportunity for white men are better than the very best places for economic opportunity for black men in this country.

We were honored to host Chetty as a speaker at our No City Limits conference earlier this year in New York, and he said something that I think summed it up very well: “If you think about achieving the American dream as climbing the income ladder for white Americans, it’s more like being on a treadmill for black Americans … and unless you fix the treadmill, you’re never fundamentally going to change the rate of poverty for black Americans.”

People who have devoted their lives to fighting poverty could tell you that race matters for decades, but this is why data is so important — this is an incontrovertible reality. And we have to confront this reality head on if we’re serious about addressing poverty or racism — two things that are unacceptable scourges in our society.

Wes Moore with Chirlane McCray, the wife of New York Mayor Bill DeBlasio, announcing a partnership to ensure kids get a fair start in September 2017. (via @RobinHoodNYC)

People who have devoted their lives to fighting poverty could tell you that race matters for decades, but this is why data is so important — this is an incontrovertible reality.

What is the role of the criminal justice system in all this? And how might more people be steered away from returning to jail or prison?

I was 11 years old when I first felt handcuffs on my wrists. I was detained with a friend in the Bronx. We were being kids, tagging, or spray-painting the side of the building, because we thought it was cool. It was the late 1980s in the Bronx. It was the height of a crime wave, not a high point in terms of police-community relations. I remember being terrified, handcuffed in the back of that police car.

To this day I don’t know why, but that police officer let me go. He saw me for what I was — a scared kid whose future had not been written yet. More importantly, he saw himself as holding the pen.

I was 11, so I was mostly afraid if my mom found out, but I should have been afraid of what could have happened to my future. In the nearly 30 years since that day, I earned degrees at every level of academia from high school to a Rhodes Scholarship. I served my country in the Army. I served as a White House Fellow in the Bush administration. I became a husband, a father. I started a small business. I work hard to serve my communities.

Regardless of what anyone may think about the crimes that locked them up in the first place, 95 percent of people in jails and prisons are going to return to our communities. We need to make sure our policies, our communities, our society meets them with an opportunity to move forward, instead of turning every sentence into a life sentence. 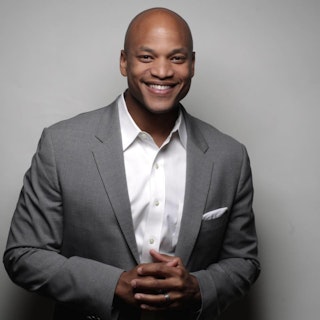