Progress has been made in expanding access to health care for the poor, but the quality of care still lags behind and can result in less successful outcomes for underserved patients.

You don’t need a complex study to learn that health disparities and inequalities exist in the United States. Those research studies exist, but you can clearly see those differences in hospitals, clinics, and doctor’s offices every day.

Like many medical providers, I encounter these disparities in my work as a Louisiana physician, particularly when caring for women with breast cancer. Fortunately, the death rates for this disease declined 40 percent from 1989 to 2016, largely because of improvements in early detection and targeted therapies.

But not all women have benefited equally. Despite similar incidence rates, African-American women are 40 percent more likely to die from their breast cancer than Caucasian women.

"Of all the forms of inequality, injustice in health care is the most shocking and inhumane."
-Dr. Martin Luther King Jr.

This mortality gap exists in almost every state, but the differential rises to 60 percent or higher in my home state of Louisiana. The fate of a woman with breast cancer sadly can rest upon where she resides.

This mortality gap exists in almost every state, but the differential rises to 60 percent or higher in my home state of Louisiana. The fate of a woman with breast cancer sadly can rest upon where she resides.

Let me share a recent case with you that illustrates this reality. A mother of three was diagnosed with an advanced breast cancer. It could have been detected earlier – and likely cured – if she had been able to access the health care system and have a supportive social network.

Instead, she selflessly neglected to care for herself so that she could tend to her children, her sick parent, and a debilitating spouse. She finally sought help at her nearby emergency room after the perfume that she used no longer masked the stench of her fungating and eroding breast cancer.

Her limited means meant she could barely pay rent, much less purchase health insurance. Instead of being treated at a nearby private facility, she was referred to a safety-net hospital 100 miles from her home.

Once at the hospital, she was told that she will need up to six weeks of radiation and months of chemotherapy followed by a mastectomy. Besides the mortifying news of being diagnosed with cancer, she worried about the welfare of her loved ones. As if these challenges were not enough, she has had to contend with navigating the health care system.

These barriers are not unique to this Louisiana patient. They also are real for people whether in metropolitan California, remote Appalachia, or South Texas. If there is any silver lining for this patient, it is that she lives in a state that has recently embraced the Affordable Care Act (ACA). As a result, her medical expenses are covered. (The ACA’s expansion cut in half the percentage of Louisiana adults lacking health insurance.)

Here is another example of how poverty limits a person’s options for treatment: A woman with an early-stage breast cancer may be able to save her breast by having just the cancer removed so long as she receives radiation therapy. But if she cannot access a radiation facility in her hometown because she is under-insured or a facility is not available, she will lose her breast through a mastectomy. Writer Eli Khamorov once wrote, “Poverty is like punishment for a crime you didn’t commit.”

I understand why companies don’t like mandates. But would it be an onerous task to require that insurance companies grant sick patrons a grace period while women like her undergo this treatment?

These formidable challenges are amplified in a state such as Louisiana. The 2017 American’s Health Rankings reports that Louisiana is the second-least healthiest state. And the U.S. Census Bureau’s 2017 American Community Survey ranks Louisiana as the second most-impoverished state with one of the lowest median incomes.

At the same time, about 26 percent of Louisianans reside in rural areas. Access to insurance coverage, health care providers, and major cancer centers is an acute problem for those residents. Social isolation, lack of phones, and limited access to transportation further exacerbates their difficulty getting health care. The State of Oncology Practice in America, 2018  found that while 19 percent of the U.S. population lives in rural areas, only 7 percent of oncologists practice in these regions.

A “perfect storm” of poverty, low levels of education, severe socioeconomic challenges, and catastrophic natural disasters makes for less-than-ideal outcomes for Louisiana’s most vulnerable cancer patients. The incidence of breast cancer in Louisiana is 28th in the nation, but the breast cancer mortality rate is the second highest. Breast cancer mortality among African-American women is above the national mortality rate. More patients present with late-stage disease in Louisiana than in most other states.

We confront these realities every day at the Ochsner-Louisiana State University Health Sciences Center in Shreveport. We are a public-private partnership hospital that serves as the safety net for the vast number of uninsured Louisianans. Due to the ravages of the 2005 hurricanes, our Feist-Weiller Cancer Center is, for all practical purposes, the major station, and often the only station, to care for the neediest Louisianans. More than one-third of them must travel over 200 miles to see us for their breast cancer care. Many of them arrive with the disease in its latest stage.

We search for the solution every day. The short answer is we need both the public and private sectors addressing these deadly inequalities.

We search for the solution every day. The short answer is we need both the public and private sectors addressing these deadly inequalities.

We had no data to determine whether the work my colleagues and I do has made an impact on breast cancer care, especially on an underserved population. But in 2009, we published a report in the Cancer Epidemiology, Biomarkers & Prevention journal that looked at 786 patients with stage 0 to 3 breast cancer. Despite the fact that African-American women have higher-grade tumors and suffer more from an aggressive subtype of breast cancer than Caucasian women, we found that our multidisciplinary practice and patient-centric approach has mitigated such differences. The five-year overall survival rate for African-American women with operable breast cancer was 81 percent, which was comparable to the 84 percent five-year survival in Caucasian women.

These results were achieved in a population where 72 percent of our patients were classified as having either free care or Medicaid. What’s more, 86 percent of patients resided in a geographical area with a reported median annual income of less than $30,000 and 60 percent of the patients were African Americans.

So, this can be done, but not alone. National organizations such as the American Society of Clinical Oncology, the American Cancer Society, the Commission on Cancer of the American College of Surgeons, and the Susan G. Komen Foundation have advocated vigorously for disadvantaged women. They show how the private sector can help share the burden of caring for them.

Physicians, of course, have a unique role to play in championing novel therapies and expanding treatment options. Years ago, when socioeconomic factors forced many women with breast cancer to undergo a mastectomy, our institution initiated a novel program that allows radiation to be given over a five-day course rather than the traditional six-week course. As a result, more women who live a distance from our center are now able to save their breasts.

There is no one simple answer for the lack of access to quality health care that some poor women with breast cancer face. But there are ways that hospitals, insurance companies, medical providers, and non-profit organizations can make a difference. It starts with seeing these women as human beings in need of the same health care so many of us enjoy. President John F. Kennedy reminded us that “if a free society cannot help the many who are poor, it cannot save the few who are rich”. 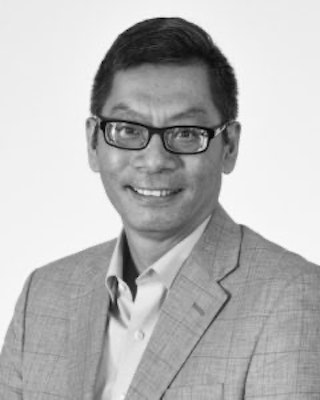