North America is not just some wonky concept that matters only to policy elites. For millennials in the U.S., Mexico, and Canada, as well as their peers under age 45, the progress of North America especially matters.  And North America needs them.

For the earliest European settlers, the New World inspired awe at first sight. They marveled at lands of vast resources, opportunities, and promise. That colonial beginning marked a fresh start for them, unmoored from the social and political orthodoxies and inertia of the past.

The intervening centuries between then and today proved much of that dream a reality. Through successive periods of industrialization and modernization, as well as social and technological revolutions, North America has emerged as a resilient, dynamic lynchpin of global social and political thought and economic activity.

Today, North American universities are home to many of the world’s leading thinkers across philosophy, political science, economics and the social sciences as measured by teaching, research, knowledge transfer and international outlook.  The continent also boasts many of the most celebrated authors, artists and musicians anyone around the globe.  And its many technology hubs, from Silicon Valley to Canada’s Technology Triangle to Guadalajara, together produce more game-changing innovation than anywhere else.

Think about the continent

But we North Americans rarely think in continental terms.  The impulse has been towards a state-centered, nationalistic mindset, even though increasing integration and cooperation among the United States, Canada, and Mexico have yielded substantial mutual benefits.

The impulse has been towards a state-centered, nationalistic mindset, even though increasing integration and cooperation among the United States, Canada, and Mexico have yielded substantial mutual benefits.

This growth suggests a continental view can help North America reach its fullest potential.  Whether we know it or not, millennials and those of us under age 45 in each of these nations have a lot at stake in realizing that potential.  Our economic prosperity and social mobility depend upon maintaining the region’s growth.

That’s not so easily done, which is why it is important for younger North Americans to understand this challenge.  We benefit from various advantages that are critical to maintain.

To start with, North America’s 450 million people and economic output of more than $17 trillion constitute the most economically vibrant region in the world.  The supply chains connecting businesses are a matter of daily life from Guanajuato to Detroit to Winnipeg.

The continent also remains relatively insulated from the nearby threats that plague other geographies. Separated from the rest of the world by vast oceans and stabilized by the world’s most prominent military power, the continent has been spared for well over a century the destabilizing conflicts which have threatened to tear apart other regions.

Maintaining North America’s advantages will not be easy

Yet maintaining our advantages takes work.  Plenty of people question the importance of free cross-border trade, despite the net benefits for each country.  Likewise, divisive politics in the U.S. threaten to alienate neighbors and foment xenophobic policies that would restrict the flow of ideas, people, and investment that pump the region’s lifeblood.

Divisive politics in the U.S. threaten to alienate neighbors and foment xenophobic policies that would restrict the flow of ideas, people, and investment that pump the region’s lifeblood.

At the same time, Mexico grapples with the scourge of crime, corruption, and threats to the rule of law, despite an energetic, reform-minded president.  For its part, Canada faces economic headwinds, being hit particularly hard by the falling global demand for its commodities.

These challenges affect each country uniquely, but we can address them by pursing solutions together.  This means greater collaboration and cooperation, which the younger generation, including millennials, with their globalized mindset and openness to new ideas, are particularly adept at doing.

This means greater collaboration and cooperation, which the younger generation, including millennials, with their globalized mindset and openness to new ideas, are particularly adept at doing.

One area that North Americans would do well to work on together is capitalizing on the region’s perch at the crossroads of Asia, Europe, and South America.  As a bridge between the Pacific and Atlantic Oceans, North America sits at an intersection that allows it to draw upon the world’s most dynamic cross currents: Asia’s fast-paced economic growth; Latin America’s cultural and demographic vitality; and Europe’s centuries-old firmament of progressive values, rule of law, and civic institutions.

The 21st century is regularly heralded as the “Asian Century,” with the Asia Pacific region claiming a majority of the world’s economic output and many of its fastest-growing and most dynamic economies.  But North America itself is also a Pacific continent with strong and vibrant ties to Asia across economic, cultural, and historical lines. The pending Trans Pacific Partnership, which counts the U.S., Canada, and Mexico among its signatories, represents only the latest effort to build and buttress ties between Asia and the Americas.

The United States, which has driven North American influence since the middle of the 19th century, sometimes underestimates the strategic value its neighbors bring to the table. After all, the U.S. remains indispensable for solving many of the world’s thorniest and most intractable problems notwithstanding pundits and anxious citizens decrying its perceived geopolitical and economic decline. Global opinion polls still show that the inspirational and aspirational pull of its values remain unrivaled.

Yet the complexity of a shrinking world’s most pressing problems, from global warming to fundamentalist-motivated terrorism to the threats of emerging and rogue powers seeking to upend the rules-based system, mean a more integrated North America is now, more than ever, essential if the U.S. and the rest of the continent are to realize their full potential.  So when looking to build coalitions, the United States could often benefit by looking first to its neighbors.

The task for millennials

The relative youth of North America’s population plays into the potential of collaborating across the neighborhood. The influence of North America’s young adults can already be seen across assorted media — television, social media, technology, and fashion, among others.

The next generation of Canadian entrepreneurs is upending traditional business models and is seemingly omnipresent in Silicon Valley. That is evidenced in the C100 Association, which connects Canadian entrepreneurs to Silicon Valley’s most influential Canadians, with the explicit mission to help enterprises operating on the global stage. Likewise, Mexico’s deep engineering talent pool powers many California-based companies looking to innovate through a platform with unique access to emerging markets in Latin America.

This year, the Halifax International Security Forum will host its eighth annual summit, the world’s largest and most prominent meeting of more than 60 leaders of democratic nations that converge to discuss cooperation for global security and prosperity.  The Forum, convening in Nova Scotia but based in Washington D.C., with significant participation by Mexico, is itself a powerful expression of cooperative North American leadership and influence on the world stage.

Much of this spirit of cooperation was on display in the recent visits to the United States by President Enrique Peña Nieto and Prime Minister Justin Trudeau, each youthful and offering opportunity for broader engagement and partnership. The relationships and their extraordinary potential are increasingly described as meetings not just of regional allies, but of siblings.

Those benefits are very important for millennials, whose futures are most at stake. Millennials living in North America have pushed the forefront of the globalization trend that is shaping the flow of trade and ideas in the 21st century. They are receptive to new ideas and understand the value of more open and outward-facing policies, including immigration and free trade.

The future of North America rests in their hands and the rewards of a stronger and more cohesive North America will flow to them if they continue to seek solutions through mutual understanding, exchange and cooperation, thereby tapping the continent’s full potential. 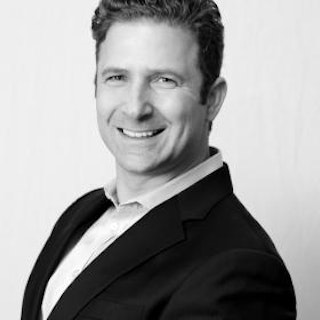