More than goods get traded across borders. Culture, customs, and ideas move between countries, forging a North American community.

Ambassador Antonio Garza gives a Christmas gift to a child at the Casa de la Amistad home for children with cancer in Mexico City, Mexico on Dec. 15, 2005. (AP Photo/Marco Ugarte)

For a number of years, including as a member of the Bush Institute’s North America Working Group, I have advocated for a greater focus on North American competitiveness. The reason is that I believe North America is and will continue to be the most important region for determining the United States’ future.

Let’s start with geography. No matter what we do as a country, we will always have our neighbors. We can’t change this and almost nothing today remains confined within our borders. Both people and products are moving so frequently across our three countries that building partnerships is not just about being neighborly, but is absolutely critical.

When I was the U.S. Ambassador to Mexico, I saw our regional cooperation firsthand. I would meet officials from almost every government agency. We had Americans building security partnerships, managing our $500 billion trade flows, strengthening military to military relationships, and cooperating on environmental and water issues. In Canada, I’m sure that these ties are just as numerous if not more so.

The connections are even more impressive when you step outside the embassy. Hundreds of U.S. companies look to Mexico and Canada every year, raking in over $800 billion in sales. Mexican and Canadian companies do much of the same, investing over $270 billion across the United States.

Hundreds of U.S. companies look to Mexico and Canada every year, raking in over $800 billion in sales. Mexican and Canadian companies do much of the same, investing over $270 billion across the United States.

Millions of tourists are also vacationing across borders, and students and researchers are hitting the books in our region’s universities. These billions of dollars and millions of people draw us together and require bilateral and at times trilateral cooperation.

Culturally, our tastes are crossing borders and influencing one another. I have found it fascinating how our cultures have subtly converged over the years in ways that we now take for granted. Take food and drinks as an example. We now order Mexican food as casually as we might order Chinese or Italian. While we weren’t looking, Mexico became the U.S. mainstream.

This also extends to the languages that we speak, the TV shows that we watch, our favorite music groups, and the sports that we play. The NFL will host five official football games in Mexico City in 2017 and 2018. And there are plenty of Americans that already think futbol is a round-ball. We are thinking and acting like a region without even realizing it.

While we weren’t looking, Mexico became the U.S. mainstream. We are thinking and acting like a region without even realizing it.

Technology has helped spur this cultural convergence, but it also stems from demography. Around a million Americans live in Mexico, while 34 million Mexicans and Mexican- Americans and some 3 million Canadians and Canadian-Americans live in the United States. As we move around the region, we are bringing our cultures and preferences along, and that’s a good thing.

This is all not to say each North American country lacks its own identity. But, if you look around the United States, each part of the country also has its own identity. Southern Texas feels pretty different from say Oregon or Connecticut. Yet, we all identify as Americans and clearly understand the common threads that tie us all together.

It’s the same for North America. Each country has its own identity, and not to mention many sub-identities. But as long as we understand how we are all connected, then it shouldn’t be hard to see ourselves as North Americans.

Each country has its own identity, and not to mention many sub-identities. But as long as we understand how we are all connected, then it shouldn’t be hard to see ourselves as North Americans.

Yet despite these deep ties and commonalities, we don’t hear as much about North America as we do about other regions. The biggest reason is that our neighbors are doing pretty well. Unlike so many countries around the world, the United States is in the privileged position of sharing 7,500 miles of peaceful borders and common values and objectives with our neighbors.

However, we need to be careful not to conflate low conflict with low priority. National security interests are just one way that we engage with countries. If we focus our priorities through this one lens, we run the risk of hurting our economies, energy sectors, and other relationships. We also miss the many areas where we are working together.

In many ways, I’ve lived a North American life. I grew up in Brownsville, Texas, and like many other towns along the border, I’ve watched it change dramatically over the years.

As a kid, nearly 40 percent of my classmates were from Matamoros, Tamaulipas and I would walk or bike to their houses after school. Even as I got older, I never thought twice about heading across the border to play basketball or football with my friends.

In the 1980s it stopped being such a quiet place and now it’s much more difficult to go back and forth across the border. However, these communities remain the spaces where two countries, two cultures, and two languages intermingle every day. They make great places to visit and live and are the obvious starting points as we develop stronger partnerships with our neighbors.

These communities remain the spaces where two countries, two cultures, and two languages intermingle every day. They make great places to visit and live and are the obvious starting points as we develop stronger partnerships with our neighbors.

For more than a decade now, I have lived in Mexico. I am not sure that Americans always understand just how much Mexico has to offer. Beyond the unfortunate headlines, there are beautiful beaches, remote deserts, ancient ruins, canyons, rainforests, and world-class art and culinary scenes. Even less discussed is how Mexico has become one of the United States’ best partners on a wide range of security, economic, and energy issues.

The upcoming presidential election may make it hard to see some of these benefits, including the benefits of a strong North America.

However, just because politicians are focusing elsewhere does not mean that Americans will be doing the same. This year, I will be watching the entrepreneurs, companies, and universities that are forging exciting partnerships across the region. I will take note of the investors exploring new or evolving sectors in Mexico or Canada. And I will encourage you to think about the regional collaboration that happens every day on issues such as water management or law enforcement.

In 2016, I will be focusing on these connections. Not everyone may be paying attention, but that hasn’t stopped us from becoming an increasingly interlinked, competitive, and dynamic North America. 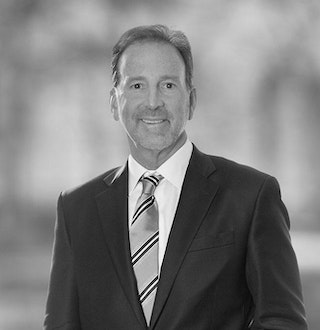