The Revolt Against Immigration and International Trade

Mark McKinnon and William Galston, two leading political thinkers, examine the roots of resistance to trade and immigration reform — and what can be done to counter the pushback.

In this edition of our Quick Take section, Republican Mark McKinnon and Democrat William Galston analyze why some Americans resist modernizing immigration laws and expanding international trade. They also sketch out narratives that could turn around the resistance to these issues, which matter greatly to North America’s progress.

You are following the election closely and listening to voters.  Why has immigration, as you recently wrote, “triggered deep anxieties in substantial portions of the US population?”

First, there are a lot of people, especially older Americans, who are startled by demographic changes that they see occurring around them. They’re right to be startled in the sense that these are momentous changes set in motion by the Immigration Reform Act of 1965. Those changes have now reached critical mass demographically, socially, and politically.

Some people are not sure they like it. They have a sense that the country they knew is slipping away from them.

The second half of the answer is that these changes, which are principally the function of legal immigration, have come at a time of great economic anxiety in substantial portions of the middle class and especially the working class.

It’s natural, though not correct, to connect the dots and say “I’m in trouble, I’m no longer secure, I’m anxious about the future because so many millions of new people have come into the country for a share of the pie.” If you think the pie is fixed and not growing, then you see these changes as an economic threat and not just a cultural or identity threat.

You mention that this unease is acute in seniors. Do you see millennials and other young adults changing this immigration debate in the future?

There are many debates that you win in politics and culture, not because you persuade your adversaries but because you outlive them. Unless the millennials change their views very dramatically as they become adults, homeowners, parents, etc., there is every reason to believe that attitudes on a whole host of issues, immigration just being one, will be very different 20-25 years from now.

There are many debates that you win in politics and culture, not because you persuade your adversaries but because you outlive them.

Similar to immigration, there is a pushback to trading across borders. To what do you attribute that reaction?

Many of the same factors.

People are feeling economically vulnerable and they associate increased exposure to trade competition from abroad with that vulnerability. They’re not entirely wrong to do so.

A fair amount of recent research has documented that while NAFTA was roughly a wash, it was oversold in the early '90s and is being over-criticized now. The same can’t be said of China’s entrance into the global market economy as the third millennium began. Substantial sectors of the American economy and geographical areas of the country have been disproportionately affected by a surge in imports of Chinese manufactured products.

When the Chinese started exporting to the United States in earnest, we began hemorrhaging manufacturing jobs. We lost millions of these jobs before the Great Recession began and then the Great Recession gave those losses another twist downward. By the time we woke up we had lost upwards of five million manufacturing jobs in a little more than a decade.

But at the same time we’re seeing some substantial growth in job creation related to our trading relationship. That’s clearly the case here in Texas. Trade with Mexico is a big factor in driving economic growth.

All of that is true, but parts of the country have gotten the downside and not the upside. In the same way that trade generates winners as well as losers demographically, it also does so geographically. And the experience of trade is one thing in Texas and a very different thing in Ohio.

Parts of the country have gotten the downside and not the upside. In the same way that trade generates winners as well as losers demographically, it also does so geographically.

What, then, is the narrative that changes the resistance to global trading, to immigration reform? To some extent both of those are related to the kind of openness we want as a society.

It’s important to distinguish between the intensity and pervasiveness of sentiments on the issue.

There are many for whom this is the only thing that matters. For them it’s a voting issue, it’s a life-and- death issue, and for everybody else it’s just one of several. The most intense sentiments are with the people who organize and mobilize. That shapes the short- term politics. That is what happening.

Will it take stronger leadership to change this narrative? Or is this a grassroots question?

It’s in part a leadership question, but also in part a question of circumstances. As long as people feel so anxious about the economy, it’s going to be difficult to turn this around entirely.

My hope is that if we don’t have another recession, the labor market continues to tighten, real wages start going up in a way that’s perceptible and makes a real difference in the lives of working class households, then sentiments will change. The emotional atmospherics will abate in such a way as to make possible a more sober set of reflections on these issues.

Right now, people who are in favor of a reasonably generous immigration policy and who think the United States has more to gain than to lose in the long run from openness to the global economy are going to be waging a holding action until the American people feel less beleaguered. Trying to make anxious people feel comfortable about these issues right now is going to be a really tough sell. 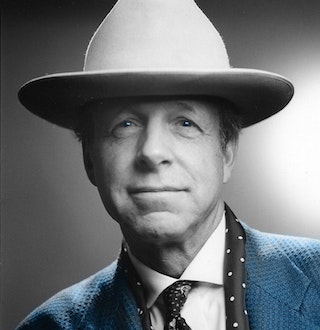 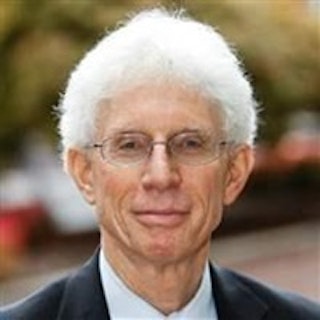