Bringing Education to Every Child

The principal of Paul Dunbar Learning Center in Dallas, Dionel Waters describes how he is trying to turn around a school in an impoverished neighborhood. A millennial who grew up in poverty himself, he also discusses how the nation, including schools, can address the tension between law enforcement officials and people of color.

The Catalyst spoke with Dionel Waters in early June about how he is trying to transform a Dallas elementary school in one of the city’s poorest neighborhoods. After Dallas was rocked by the shooting of five police officers in early July, we went back to the millennial leader for his views on how the nation can best address the tension between law enforcement officials and people of color.

Below are excerpts from the July conversation:

"We need both prominent national and grassroots leaders who can speak to this divide, just like Dr. Martin Luther King, Jr. once did.

"As an educator, I can help my students see law enforcement in a different light. A lot of children have ill feelings about police. But not all officers are the same. My best friend is an officer in Philadelphia. My job is to provide opportunities for law enforcement officers to come to my campus. It is disheartening when a four- or five-year old already acts in a way that suggests they are skeptical of police officers.

"The only way to understand how each other feels is true dialogue that is moderated by both parties so they can get their feelings out there. Again, nothing is going to change until we see accountability on both parts."

A Look Inside Education

Paul Dunbar Learning Center sits in the heart of one of Dallas’ poorest neighborhoods. The campus serves more than 600 students, 97 percent of whom come from economically disadvantaged homes. Their parents earn between $8,600 a year to $30,000 a year.

Dionel Waters, 30, is principal of the school, whose academic performance is not one of those miracle stories we all love to read. The reality is, many Dunbar students struggle to succeed in the classroom.

Waters knows these hard truths not only from his two years at the school’s helm, but from his own early years. He grew up in Philadelphia in a very similar school, without a father, and without anyone setting academic expectations for him.

Nevertheless, he persevered, largely because school was the one safe place for him to be each day. Waters graduated from Morehouse College, earned three master’s degrees from Michigan State and Dallas Baptist University, and now is working on a doctorate from University of Texas at Arlington. Along the way, he taught school in Georgia, Michigan, and Texas before becoming a principal in the Dallas school district.

In this video, he talks about the challenges of turning around a school. Making sure they are fed. Setting their sights on college. Using data to keep students on track. These are among the ways this millennial leader is committed to making sure his students enjoy a future of economic and social progress. 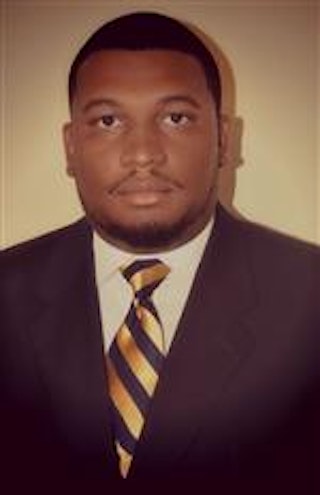