The Journey to Freedom

An Essay by Diana Mao

Impassioned members of the next generation are relentless in the quest to solve lingering social ills.  Diana Mao has set forth to fight modern-day slavery, a little talked-about issue with startling numbers.

I am not a slave owner.

Two years ago, though, I learned I was a slave owner. At an anti-human trafficking conference, a speaker strode onto the stage and declared: “You are a slave owner.”

I had spent nearly a decade battling against the scourge of slavery. I had created a non-profit, Nomi Network, for that goal. He was surely talking about someone else. He wasn’t. Thirty-two million people are enslaved today. Sixty-eight percent of all raw materials, such as cotton, coffee, cocoa are produced with slave labor. Given how common these materials are in the items we own, it’s likely we have all participated in the industry of slavery.

Slavery is the holding of a person through force or fraud, by hook or by crook, to extract a profit. When I visited Ghana a few years ago, I saw firsthand the cells that housed slaves, who were later shipped across the world, many of them to America.

There I could all too easily imagine the naked bodies, overcrowded in too-small spaces, reeking of blood and urine, and the wailing of millions of captive souls. The women were raped. Those who became pregnant were thrown to the sea.

Sixty-eight percent of all raw materials, such as cotton, coffee, cocoa are produced with slave labor. Given how common these materials are in the items we own, it’s likely we have all participated in the industry of slavery.

Slavery continues today. I met Sokha last year. From Cambodia originally, she left to find work in Malaysia with the hopes of sending money home. She agreed to work for one family, but that family ended up loaning her out to many families.

She woke at 4 a.m. to begin her duties and her day did not end until 10 p.m. As she fatigued, her captors plied her with drugs to keep her awake. Day to day she labored without reprieve.

After a year, she collapsed. Instead of treating her, her captors sent her home saying that she had voided her contract and would not be paid. Returning home without pay, she was beaten by her husband. She also now suffers from bi-polar disorder.

The United States is no stranger to these cases. My friend, Shandra Woworuntu, was trafficked from Indonesia to the United States with the promise of a job and a future. Minutes after landing, she had a sinking feeling in her stomach that her fate would take a turn for the worse. With high hopes of starting a new career in the hotel industry, instead she was trafficked into a world of sexual slavery, forced drug usage, and violence.

Jules, born in West Bengal, was only 12 years old when a relative sold her in Bihar for a bottle of wine. Initially forced to do household work, her captors pressured her to become a prostitute. Nomi, the namesake of our organization, was only eight years old when I first met her, a child and already a former slave.

Though these realities fill us with such moral outrage, the indignation of these inhuman acts continues in 2016. The question is, what should we do about them?

The issues of slavery and human trafficking are economic problems, so they first demand business solutions. The marketplace can be a powerful tool in fighting the corruption and poverty that are the two main drivers of this $150 billion industry.

Creating an ethical supply chain is part of the answer. Consumers want affordable goods and companies want to maximize profits. There is nothing wrong with those ends, but companies can defray responsibility by resorting to subcontractors where much of the exploitation happens. Some desperate workers even pay brokers to obtain factory jobs in other countries. Companies need to be vigilant about the sourcing of their products, including the raw materials.

The issues of slavery and human trafficking are economic problems, so they first demand business solutions. The marketplace can be a powerful tool in fighting the corruption and poverty that are the two main drivers of this $150 billion industry.

Consumers can make their feelings known through the marketplace, too. That includes shopping with companies that have implemented policies to decrease child or forced labor in their industry.

Patagonia, for example, has built human rights into the DNA of the company. It has a department dedicated to social responsibility within its supply chain. The department can veto a vendor or factory if it does not comply with the company’s human rights metrics.

Of course, such companies pay a premium. Their products cost more, but they also last longer. Consumers do not have to buy new products after three of four washes as they might with some fast-fashion companies.

Similarly, consumers can give a cold shoulder to products that profit from slavery. Ashley Jaynes, one young member of the Generation Z that is coming up behind millennials, burned all of her clothes from one fast-fashion giant after she learned of their human rights woes.

This may sound like I am making business out as the agent of all evil. That’s not the case. The business and technology communities actually can have a major impact on service providers who are fighting trafficking.

Those non-profits often operate on limited resources and face great demands to serve survivors. Organizations like Carlson Companies, LexisNexis, and Google have already helped them raise capital for their work. Other socially-aware entrepreneurs and business leaders could build upon that example.

Technology companies also could help service providers secure the latest technology or security networks that can protect their systems. I know of one U.S.-based organization that provides access to shelter for victims of trafficking, but it does not transfer any data about their beneficiaries online. The organization’s leaders speculate that hackers access their network and systems.

Millennials are a common ingredient in the work of many organizations taking on this scourge. As polling data shows, and my personal experience affirms, millennials care about global issues such as human trafficking. Our generation is attuned to how markets and technology can improve lives.

Millennials are a common ingredient in the work of many organizations taking on this scourge. As polling data shows, and my personal experience affirms, millennials care about global issues such as human trafficking.

Millennials such as actress Mamie Gummer are leveraging their star power to design products that are made by survivors and women at risk of human trafficking. Those products include tote bags, eyeglass pouches, and clutches.

Mamie is doing this with Nomi Network, which is comprised of writers, lawyers, fashion designers, accountants, artists, athletes, students, mothers, chefs, small business owners, and others. Together, these millennials are combatting poverty, which is the root cause of sex trafficking.

In Nomi’s case, we provide sustainable employment and work with the support networks some women fortunately can draw upon. Our aim is to empower these women so they may be confident in themselves and their futures.

Until I met Nomi, the girl I named our non-profit after, I did not think I had the power and will inside me to make a difference. I realized then that being a game-changer was about making a significant and lasting difference in the life of another person.

This starts by not being a slave owner. It also means working with others to advance freedom for those suffering unimaginable indignities. Mental health problems are one enduring problem, although we need far more studies on the effectiveness of mental health services for survivors of sex-trafficking.

This starts by not being a slave owner. It also means working with others to advance freedom for those suffering unimaginable indignities.

More data on mental health interventions for survivors, along with more data on organizations that support survivors and corporate supply chains, would help researchers. Similarly, data on the effectiveness of anti-trafficking organizations could help us understand what practices work best. Focusing on outcomes, instead of just output and activities, would benefit the victims of human trafficking. For one thing, by knowing what works, donors and governments would be more likely to help bring those practices to scale.

This is one more way in which millennials can help women on their journey to freedom. A social entrepreneurial mindset can help overcome one of the most devastating, but often overlooked issues of our era. 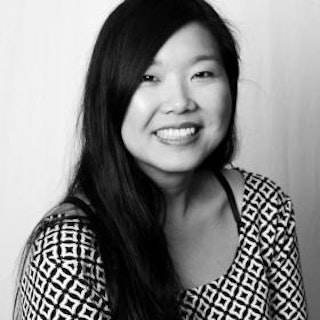