An Essay by Phillip Lohaus

Polls show younger Americans are wary of U.S. intervention in overseas matters, preferring a focus on domestic policy. They need to hear why our role matters and why choosing between domestic and foreign priorities is a false choice.

A friend of mine, in his twenties, recently moved to northern Europe for a job opportunity. Shortly after his move, he couldn’t help but gush about the wonders of Europe as compared to his experience growing up in the United States. He marveled at the efficiency and ubiquity of the public transportation options, the universal health care, the “free” college education provided to many citizens, and the constrained foreign policies of his new home.

Many of our differences of opinion simply wouldn’t have been resolved through friendly conversation. But I felt compelled as much by patriotism as by logic to press him on one matter: would any of those things that he so admired been possible without American leadership?

After all, without American intervention in the Second World War, without the billions of dollars of aid provided through the Marshall Plan to help rebuild Europe and restore its economic footing at the war’s conclusion, and without America acting as the guarantor of European security in the decades that followed, European capitals may not have had the inclination — much less the resources — to foster what he saw as a thoroughly modern society.

He conceded the point, but it was clear that he hadn’t thought of it that way, or if he had, that perceptions of American failure were more at the forefront of his mind than were the countervailing facts about all the good that has come from American involvement in world affairs.

He’s not alone: many younger Americans don’t appear to appreciate the vital role that American leadership has played — and continues to play —in the international system. Or if they do, they fail to see how it relates to them.

In what has become an oft-quoted, though still illuminating, statistic, nearly half of all American millennials told the Chicago Council that the United States should “stay out” of world affairs in 2014, more than any other generational cohort.

They tend to score lower on measures of patriotism,  hold a rosier perception of global security threats than their older counterparts, and seem less confident that American involvement would help ameliorate international crises.   On the surface, many young people seem to view America as a source of the world’s problems rather than as a driving force behind solutions.

Many younger Americans don’t appear to appreciate the vital role that American leadership has played — and continues to play —in the international system. Or if they do, they fail to see how it relates to them.

It would be easy to dismiss these attitudes as a reflection of the so-called “selfie” generation,  a group that has been characterized as being more self-involved and less engaged with the world around them than any that preceded them. But the reality is more nuanced.

Millennials that went to college are three times more likely to have studied abroad than the generation before them,  and as the first generation to grow up with the Internet, their access to ideas and people across the world is simply unprecedented. As America’s most diverse demographic group, many millennials are exposed to a wide variety of international viewpoints right at home.   But if young Americans are aware of the world around them, why do they fail to see all of the benefits of their country’s international involvement?

Part of the answer is that young Americans simply don’t view foreign policy as a top priority for Washington. According to a 2015 Pew poll, the educational system, the economy, and better access to employment all rank as higher priorities than combatting terrorism to Americans between the ages of 18 and 29, and reducing the deficit, addressing the “moral breakdown of society,” and improving race relations all rank higher than the need to strengthen the military.

These leanings help explain the runaway popularity of candidates like Bernie Sanders with young Democrats and Donald Trump with their Republican counterparts. Millennials recognize work that needs to be done at home, and appear to prioritize that over involvement in foreign affairs.

Choosing between domestic policy concerns and engagement in foreign affairs is, of course, a false choice. America’s foreign affairs budget represents less than one percent of the federal budget; trade agreements add to the homeland’s prosperity as much as they do those of foreign lands; and defense spending is at a lower level, as a percentage of GDP, than at any time since the Second World War.   Our involvement in foreign affairs is affordable and pays dividends.

Even if they don’t view it as a priority, millennials do, in fact, appear to understand the importance of foreign aid and trade. Surveys show that they are far less critical of free trade agreements than more senior Americans, and that they are broadly supportive of missions that provide humanitarian assistance. Their instincts in this respect are spot on: When it comes to foreign aid, our investments continually pay off. To cite just two examples, the $12 billion investment in Europe through the Marshall Plan helped establish a market with which America now exchanges more than $1.5 trillion in goods each year, and aid provided to South Korea following the Korean War had a similarly striking impact.

This same appreciation does not, however, extend to American engagement in the international security sphere. Poll after poll shows that millennials prefer cooperation to confrontation, that they prefer restraint to intervention, and that they believe that diplomacy is a better tool to ensure peace than is a strong military.

They seem to disapprove of what they see as unilateral military interventions, as if these do not occur only after other tools of national power fail, and only when vital national security interests are at stake.

No supporter of American international engagement would dispute the importance of trade, of foreign aid, or of diplomacy. But the fact of the matter is that without a strong military, America’s leverage in these realms decreases.

Without America’s protection of the high seas, for example, the flow of trade would be far less reliable. Without a capable and forward-deployed military, provision of aid during America’s recent disaster relief missions would have been far more difficult. And without a strong military, diplomatic negotiations become less credible. The linkages between these aspects of American engagement are a key perception gap that needs to be filled.

Millennials also need to hear just why engagement in foreign affairs should remain a top priority of the federal government. The fact that America’s leadership role in international affairs allows it to influence the rules of international trade and to stand up for the world’s most vulnerable populations in the face of natural disasters and human rights abuses will naturally appeal to young Americans.

But they also need to hear, in clear and accessible terms, why American engagement is a good investment in national security: it allows America to address crises far from America’s borders, and prevents the creation of power vacuums that, if neglected, may necessitate a much stronger and more difficult response down the road.

Millennials need to hear why American engagement is a good investment in national security: it allows America to address crises far from America’s borders, and prevents the creation of power vacuums that, if neglected, may necessitate a much stronger and more difficult response down the road.

Which brings me back to my visit to Europe. I asked my friend what people in his host country thought about Russia’s increased assertiveness, about the waves of refugees now pouring into Europe, or about the potential that the United Kingdom might leave the European Union.

His answer? “They hope that the problem will just go away.”

It’s an answer that you might get if you asked Americans about some of the problems facing our nation. America, though, cannot actually ignore international problems. Our role in the international system is too vital; too irreplaceable. The prosperity, security, and freedom of the American people as well as countless others are tied up with America’s continued engagement in the world.

I pressed him again: “Without America, could Europe actually ignore these issues? Would it be in America’s interests to just let international issues unfold without its input?”

“Of course not,” he said. And he was exactly right. 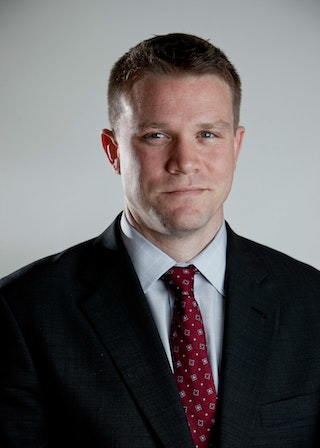