Next Generation Leaders on a Mission

Connected, undaunted by borders, and primed to address big needs, the next generation of organizational leaders aren't driven by money.  Instead, they're driven by a deep desire to make the world a better place.

Despite hand-wringing that millennials are the most selfish generation yet, they’re proving to be just as interested, if not more interested, in making an impact in the world and their communities.

The main difference?  They’re evolving the methods used as they adapt to the times.

Millennials live in a connected world, undaunted by borders, and committed to addressing the greatest needs regardless of location.  They are accustomed to having data at their fingertips; they demand measurable results and think in terms of scale and distribution.  And most of all, they’re impatient.

Bill Gates founded the William H. Gates Foundation in 1994, almost 20 years after founding Microsoft and when his net worth was over $9 billion (a staggering sum, even when compared to his peak worth of over $100 billion). Gates followed a path established by many prominent American families, such as the Fords, the Gettys, and the Waltons: amass a fortune through entrepreneurship then give money back to worthy causes worldwide.

Many young leaders today, however, don’t want to wait for an IPO in order to follow their compassion.  Instead, they form non-profit organizations or dedicate resources within their for-profit companies that, from day one, bake social responsibility and giving into the core of what they do.

Many young leaders today, however, don’t want to wait for an IPO in order to follow their compassion.  Instead, they form non-profit organizations or dedicate resources within their for-profit companies that, from day one, bake social responsibility and giving into the core of what they do.

“Overwhelmingly, this is a mission-driven generation.  They want to start businesses that have dual bottom lines, where they are not just making a profit but they are making a difference,” pollster Kristen Soltis Anderson told The Catalyst. “They want to start non-profits in their career and have an impact on the world around them.”

The following is a look at a few of the men and women who are leading companies and organizations whose mission is to have an impact on the world.

Bethlehem Tilahun Alemu didn't set out to save the world -- she just wanted to improve her small corner of it.  Her home village in Ethiopia served as her inspiration.

She saw artisan talent but little opportunity in her community, so she created a small shop on her grandmother’s land. SoleRebels creates eco-friendly shoes that are authentic to the Ethiopian culture while proudly “putting workers first,” providing four times the minimum wage and three times the industry average for similar work.

Having grown far from the humble shop in Addis Ababa, SoleRebels shoes have been carried by Urban Outfitters and Whole Foods Market, and has retail shops in Silicon Valley, Switzerland, and Greece, among others.

Alemu is focused on being an example to women in her country, showing that trade and entrepreneurship is vital to Ethopia moving beyond dependence upon international aid.  She also uses funds from SoleRebels to help educate the families of employees. 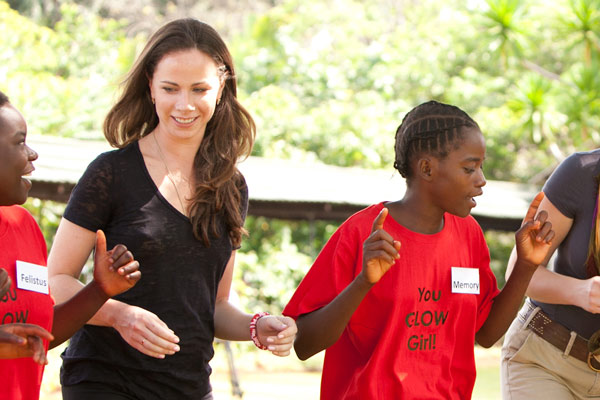 Nicholas Kristof featured Barbara Bush and her work with Global Health Corps in a column for the New York Times. Read the full article

While Barbara Bush was a junior in college, her father, President George W. Bush, launched the President’s Emergency Plan for AIDS Relief (PEPFAR).  PEPFAR aims to slow the spread of HIV and AIDS in Africa through education and by providing life-saving drugs that combat the disease.

Barbara Bush was able to accompany her parents to Africa for the launch. The experience moved her deeply and provided the spark that would later lead her to co-found Global Health Corps alongside her sister Jenna Bush Hager and other partners.

“I was struck was that there were hundreds of people waiting in line for drugs that, if you were born in the United States, you could have easily had access to,” she told the Student Life.

Global Health Corps mobilizes a global community of emerging leaders to build the movement for health equity.  Since its founding in 2009, Global Health Corps has deployed over 700 young leaders to work in 7 countries within high-impact organizations. The 2016-2017 fellows, for instance, are currently serving with 67 partner organizations in Rwanda, Uganda, Malawi, Zambia, and the United States.

Global Health Corps fellows serve the communities in which they work by using their skills to strengthen health systems -- from analyzing methods to reduce preterm births in Newark, NJ, to training community health workers on topics like HIV prevention and malnutrition, to coordinating youth empowerment camps, to designing and constructing a brand new rural hospital.

Bush Institute research shows that veterans are more entrepreneurial than their civilian counterparts, as 13.7% of veterans start a business as opposed to only 9.8% of civilians.

Todd Connor, a Navy veteran himself, recognized this proclivity and formed Bunker Labs to help his fellow veterans and service members. Bunker Labs is an incubator for technology companies run by veterans.

He saw the entrepreneurial drive and determination in veterans, but saw that many lacked the business education and access to funding to make their dreams a success.

Bunker Labs aims to fill that gap.  A non-profit, it educates, mentors, and funds veteran-owned technology companies.  With 12 locations in the U.S., it aims to reach as many veterans and active-duty servicemen and women as possible.

Connor’s focus now is on scale. With the U.S. Armed Forces stationed across the globe, he recognized limitations to requiring a physical location.  Instead, he’s taking advantage of technology and now allows veterans to access resources online.  Simultaneously, he’s working to enable growth by standardizing methods for expansion into new markets. 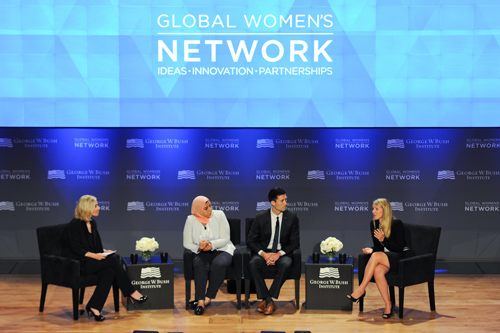 SMU graduate Brittany Merrill Underwood is the founder of the Akola Project, a fashion brand on the surface but a sustainable engine for investing in women both in Underwood’s home of Dallas and in her adopted home of Uganda.  Women are provided dependable employment in the production of fashion and given above-market pay. The profits from the sale of Akola fashion are then spent on sustainable projects, including community infrastructure, vocational training, and dependable employment.

Underwood discovered her passion while a student at SMU in Dallas.  As a student, she visited Kampala, the capital of Uganda, and was moved by a woman named Sarah who cared for 24 orphans, letting them sleep on the dirt floor of her hut instead of on the street.

“Here I was, an SMU student who had been given so much and I had never shared anything with others. I stood before a woman who literally had nothing, but shared the little she had so that others could live,” Underwood said.  “I could not stop thinking about Sarah and the children that slept on her floor.”

In 2006, she moved to Uganda and in 2007 founded the Akola Project. Since then, she has racked up awards ranging from the Young Leader Award given by the Dallas Women’s Foundation to the Best Person in the World awarded by Yahoo.

Andrea Sreshta and Anna Stork: Delivering Light to Those Who Need It Most
Co-Founders,LuminAID

While solar farms haven’t emerged as a cure-all to sustainable electricity needs, solar technology has improved to the point where it has important uses. Andrea Sreshta and Anna Stork created a product as architecture design students that fit a strong consumer need: a portable, solar-powered light that’s waterproof and floats.  A perfect product for hikers and backpackers or to keep in the home for emergencies.

But more importantly, the product is perfect for emergency workers and residents of disaster-struck areas.

Shark Tank investors immediately saw that this company fit dual needs: it could garner profit-driven sales from consumers while also fulfilling an urgent need for light where it is needed most.  The lights have been used in disaster relief after Hurricane Sandy, Typhoon Haiyan, the Nepal earthquakes, among others.

"Andrea Sreshta and I traveled to Malawi in November 2015 to visit victims of severe flooding that had been displaced. ShelterBox, one of our larger emergency aid partners, had distributed LuminAID lights to hundreds," Anna Stork told The Catalyst. "It was an incredibly humbling and inspiring experience for us to see our lights, which we had prototyped just a few years ago by hand, being used by families to cook, clean, and stay safe at night."

The Give Light, Get Light program has resulted in more than 25,000 lights being distributed to more than 60 countries.  Consumers on the LuminAID website can purchase a special package: purchase a light for youself and for a partner program to deliver to someone in need.

Leave your feedback with The Catalyst editors
The Bush Institute