An Essay by Brittney Bain

The generation that came of age on September 11, 2001 isn't living on Facebook in a sheltered world.  It's carefully watching a divided country, poised to tackle partisan politics and divisive discourse head-on.

My generation isn’t getting enough credit.

I’m a millennial. I’m required to say it. Every participation medal won, opportunity guaranteed, and pat on the back from mom, dad, and my third grade teacher paved the way for that grievance.

Some stereotypes ring true, no doubt. I’m sure there are millennials glued to Facebook in their parents’ basements, believing that their liberal arts degrees will come to good use when they’re ready to go out and start the dream jobs they’re entitled to.

Exceptions as a rule

But there will always be exceptions in any generation, and I’m starting to believe the exceptions I’ve seen, and not the stereotypes, may be the generational rule. Consider this – what if the next generation is challenging us to believe that our best days are still ahead?

I was a senior in high school the day the Twin Towers burned to the ground. Those of us who are the earliest millennials were at a maturity crossroads in September 2001. We were high school students, dreaming of adventure, concerned only with taking the SAT. We were in college, free from curfews and responsibility.

Reality hit that Tuesday morning with the force of a jet engine crushing steel. In an instant, we were old enough to understand that we were vulnerable, that our parents couldn’t protect us from everything, and that evil is real. No matter our age, 97 percent of millennials remember exactly where we were and what we were doing the morning of 9/11. It shaped our attitudes and our beliefs.

Critics in generations before us say we’re self-absorbed and unmotivated. That doesn’t explain the friends I have who signed up to join the military. Or the hundreds of thousands of other millennials who have volunteered to defend the freedoms we hold dear. They have put the needs of the nation above their own. Selfless, ambitious, even patriotic seem more apt characteristics to me.

Critics in generations before us say we’re self-absorbed and unmotivated. That doesn’t explain the friends I have who signed up to join the military. Or the hundreds of thousands of other millennials who have volunteered to defend the freedoms we hold dear.

There are more of us who have searched to be a part of something greater than ourselves, either as a result of 9/11 or another call to serve. Passionate individuals who joined the Peace Corps or Teach for America, some who traveled abroad to volunteer or do mission work, others who picked a corporate career based on a company’s social responsibility. Or even the entrepreneurs and innovators among us who paved trails and pioneered social media to connect us to the world.

Six out of 10 millennials say a sense of purpose is part of the reason they chose to work for their employer. I’d venture to guess that was the case for the hundreds of twenty-somethings I met working on Capitol Hill early in my career. The time, energy, and passion we poured year-round into working for the American people, and working to make the country a better place, in our minds, were common cause.

It’s a depressing fact that D.C. is a place now that conjures up partisan divisiveness and gridlock for most Americans. But what if the next generation changes that?

For those who say we are entitled and egotistical, I say look to the candidates the generation before us has produced this presidential election cycle. There’s a reason why they aren’t resonating with young voters, even those among us who are civically engaged and who buck the age gap voting trend.  Half of us identify as independents.   And most of us are turned off by the divide, the games, the toxicity of it all.

It’s a depressing fact that D.C. is a place now that conjures up partisan divisiveness and gridlock for most Americans. But what if the next generation changes that?

We are the most diverse and educated generation yet. We’re open-minded. Seventy percent of us support gay marriage and frankly, are asking why we’re still debating it. More than two-thirds of us believe immigrants coming to the U.S. strengthen the country. We see the value in market-based approaches to policy,  including health care. We want to remove barriers and ensure opportunity for everyone.

We’re more saddled with student loan debt than any generation before us.  We’re paying taxes to support a Social Security system that fully half of us believe will leave us with nothing by the time we reach retirement age.

Nearly 85 percent of us cannot envision a point in our lifetime when terrorism will no longer be a threat. We still remember that September morning and wonder how vulnerable we are at home and abroad. We’re concerned about human rights. And we worry about America’s standing in the world.

How interesting it will be to see the first presidential candidates of our generation.

Is the American Dream still alive and well? I hope so. If we stand a chance - if there’s anything that gives me hope - it’s the ambitious, compassionate, courageous, open-minded individuals that I know make up my generation, challenging us to believe the best days still lie ahead.

To the Silent Generation, to the boomers, to our parents, I say:  have a little faith in the millennials. We’re special - just like you always told us.

To the Silent Generation, to the boomers, to our parents, I say:  have a little faith in the millennials. We’re special - just like you always told us. 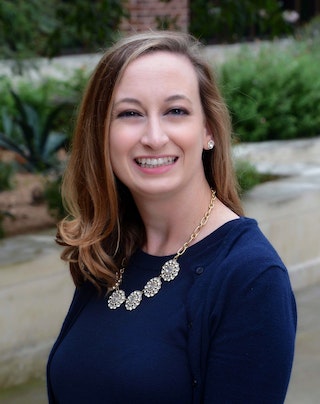