Getting Ahead of the Enemy’s Next Move

An Essay by General Norton A. Schwartz, USAF (Ret.), Former Chief of Staff of the U.S. Air Force and President and CEO of Business Executives for National Security

Enemy combatants have made technological advancements on land, at sea, in space, and in cyber space.  If the U.S. is to maintain its technological advantage, our leaders must ensure that the military can nimbly support and acquire the next generation of technology.

Lasers, drones, and artificial intelligence. The future is bright for brilliant minds working together to engineer the next game-changing wave of military technology. Just this month, the annual Sea-Air-Space Expo showcased an exciting number of new drones – from Booz Allen Hamilton’s MANTAS robot that is operated from a tablet or smartphone to the Office of Naval Research’s prototype vehicle that can skim above the surface or under the sea.

All the while, recent advances in solid-state fiber lasers have military leadership eager to develop and field high-energy weapons that could shoot down enemy aircraft from the mount of a ship. Or, as Lieutenant General Marshall B. Webb, the head of Air Force Special Operations Command, recently said, destroy a combatant truck from an AC-130 at 10,000 feet.

For all the promise of this type of technology, it will be all for naught unless the Department of Defense finds a means to improve its all-too-bureaucratic acquisition system. Our enemy combatants operate across the land, sea, air, space, and cyber space domains with breathtaking speed. To be in contact with the enemy is to know the enemy. We've learned after a decade-and-a-half of combating terrorism and the hacking of our government and business servers, just how adaptive those adversaries are.

For all the promise of this type of technology, it will be all for naught unless the Department of Defense finds a means to improve the all-too-bureaucratic acquisition system.

If our military is to combat, let alone defeat, the 21st century enemy, it must have the means to meet that enemy with the most dominating advantages – from every corner, public and private, that the nation has to offer.

Learning to be nimble

The Pentagon’s current testing, development, and acquisition bureaucracy is simply too slow to deliver the advanced capability that is required for the rapid nature of 21st century warfare. Time is a prized commodity, as successful segments of the private sector understand.

From Apple to Netflix, plenty of companies excel because they innovate and bring products to scale rapidly. Of course, there are also cautionary tales when a company cannot adapt – or, worse, chooses not to change, despite the facts on the ground. Kodak may come to mind.

In business or government, when a task is performed through legacy systems and culture as a matter of rote process, the outcome is often inefficient, ineffective, or just plain wrong. The consequences for businesses that fail to develop, test, and adapt quickly is lost market share and poor fiduciary performance. For government, lack of speed and agility results in a waste of taxpayer funds. For the military, however, where the stakes are highest, the consequences could be dire.

To avoid those consequences, the Pentagon must create a process for rapidly acquiring and fielding everything from vehicle parts to weapon systems. This needs to go beyond the modus operandi of simply putting “rapid acquisition” on a Pentagon office designation. The new process would need to enjoy substantial and dedicated funding, and the authority to put rapid acquisition principles into practice.

The current Defense Acquisition Management System is limited by a byzantine series of reviews and decision points. Oversight is important, but so is a process engineered for speed and iterative decision-making. That is especially important when combating an ever-evolving enemy.

In the software industry, it is often said that if one is comfortable with the product at first public release, then you have waited too long. So long as lives are not needlessly endangered, the same attitude would well serve Pentagon acquisition too.

Likewise, the Pentagon must be able to fail-forward. The great technological disruptions of our time did not come about on the first attempt. Nuclear fusion, rockets capable of escaping the earth's atmosphere, and the internet were the result of much trial and error. The threat landscape will change, so products will need to adapt and improve…rapidly.

The Pentagon must be able to fail-forward. The great technological disruptions of our time did not come about on the first attempt.

In addition, the Pentagon’s culture must change from the current industrial age to one more appropriate of the information age. The Pentagon cannot be afraid to say, “yes, let’s try.” In the private sector, incentives are applied to build a culture in which calculated risk is not only tolerated, it is even encouraged. Incentives should drive a reward system that allows for promoting enterprising and exceptional individuals. It is the same culture embedded in venture capitalism that has led to many of the great technological leaps in our everyday lives.

This culture will not develop without Congress permitting some level of research and engineering failure – and without eviscerating Pentagon leadership for every “lost” dollar as a matter of course. Congress also needs to help improve the modern acquisition system with appropriated funds. Consistency and an ability to plan is important, so Capitol Hill's funding of the government through continuing resolutions and year-to-year accounts does little to encourage timely adoption of our needed capability.

Our ability to mobilize industry and innovators alike to field advanced capability is an asymmetric advantage our country has over our adversaries. While our competitors may possess superior quantities of legacy capabilities, our spirit of innovation has provided us superior quality.

While our competitors may possess superior quantities of legacy capabilities, our spirit of innovation has provided us superior quality.

This advantage, however, is eroding as lasers, drones, and other advanced technologies proliferate. This last fact is acknowledged by our defense leadership in the Defense Innovation Initiative and Third Offset Strategy.  Our hope is that these and similar initiatives become commonplace.

Equipping soldiers, sailors, airmen, and Marines for the 21st century fight undoubtedly will require the next generation gun, smarter munitions, and several other incremental and necessary inventions normally displayed at annual defense expos. But the key to keeping ahead of the enemy is the ability to acquire that capability quickly, and then shift to an improved version just as quickly. Or better yet, ahead of the enemy’s next move.

Our troops require no less than all of our national technological might, as well as industrial speed and agility. That way, we can provide a consistent and uncommon advantage.

Our troops require no less than all of our national technological might, as well as industrial speed and agility. That way, we can provide a consistent and uncommon advantage. 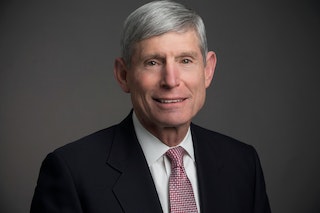