A Period of Consequences

An Essay by Rep. Mac Thornberry, Chairman of the House Armed Services Committee

The United States military needs to prepare for both traditional and non-traditional threats. This task will require rebuilding our military with smart investments and reforming bureaucracies that prevent us from keeping pace with rapidly-changing threats.

Two characteristics define the security environment facing the United States in the 21st century.  One is that we face a wider array of serious challenges than ever before.  The second is that the pace of change is accelerating.  This combination of many threats changing ever more rapidly tests our traditional notions of armed conflict, as well as the organizations and systems we have relied upon to defend the country for the past 70 years.

Dr. Henry Kissinger testified before Congress in 2015 that “[t]he United States has not faced a more diverse and complex array of crises since the end of the Second World War.”  The challenges require that we have a full range of military capabilities from nuclear deterrence to building up the military capabilities of partner nations around the world – and much in between.

This combination of many threats changing ever more rapidly tests our traditional notions of armed conflict, as well as the organizations and systems we have relied upon ... for the past 70 years.

The threat to our national existence posed by Russian nuclear warheads is at least as great as during the Cold War.  In fact, Russian military writings and doctrine have explicitly said that nuclear weapons could be employed against an enemy using only conventional weapons.

Russia and China have both continued to produce new nuclear warheads – both new designs and newly manufactured weapons – while the U.S. continues to rely on warheads made largely in the 1970s as well as delivery systems from that era.  And the nuclear menace continues to grow with North Korean nuclear tests, concern about the safety of Pakistan’s nuclear arsenal, and questions about whether Iran has truly delayed its nuclear ambitions.

Beyond the nuclear threat, Russia and China are investing heavily in new technologies designed to deny the U.S. military an advantage.  Some of those investments are in new missiles, both ballistic and cruise, as well as anti-space capability, hypersonics, and, of course, cyber.  The technological superiority that we have enjoyed is closing.

Beyond the nuclear threat, Russia and China are investing heavily in new technologies designed to deny the U.S. military an advantage. ...The technological superiority that we have enjoyed is closing.

Posing particular difficulties for the West are tactics designed to accomplish their objectives short of conventional warfare, such as deception, assassination, political influence, and propaganda.  Russia has a long history of pushing narratives designed to split NATO and the West.

The success of the “little green men” in Ukraine, and its cyber and political influence-buying efforts, have encouraged more of it.  China and Iran have their own versions of hybrid warfare.

Of course, we cannot forget about conventional military capability, which Russia and others use to warn and intimidate.  From snap exercises and close fly-bys to deployment of sophisticated anti-aircraft and other capability, the Russians and Chinese are attempting to stake out their territorial dominance in key regions.

Of course, the threat of terrorism has not been eliminated.  Successful efforts to deny ISIS the territory they have claimed in Iraq and Syria will push their operatives out into other ungoverned spaces and into Europe, Southeast Asia, and even potentially the U.S.  Meanwhile, Al Qaeda and its affiliates continue to plot and plan its attacks against the West.

In short, the U.S. must be prepared to deter and defeat a wider range of military threats than ever before.  We cannot choose to ignore one or another.  As Churchill said in his Iron Curtain speech: “Our difficulties and dangers will not be removed by closing our eyes to them.” That requires we maintain the full range of military capabilities.

Adversaries are authoritarian societies, which can make decisions and change direction rapidly, usually at the direction of one man.  Terrorists also have proven that they can adapt quickly.  And we all know how quickly our consumer electronics and other technologies become outdated.

Our 1950s bureaucratic organizations and processes cannot keep up with the pace of change of threats and the pace of technological change. This makes it more likely that we will face the unexpected and could well be unprepared.

Step one is to rebuild our military, which has been badly damaged over the past few years.  That requires more money.  To repair the damage inflicted upon the military in the 1970s, President Reagan led an effort that resulted in five straight years of double-digit increases in defense spending, followed by three more years of 10 percent increases.  By some measures of readiness, our military is in as bad shape today as it was in the 1970s.  A similar rebuilding effort is required.

At the same time, we must reform our organizations and processes to be more efficient and especially more agile.  The House and Senate Armed Services Committees have made a good start over the past two years, reforming military health care and retirement, thinning out the bureaucracy at the Department of Defense, and undertaking the most serious acquisition reform in many years.  But much remains to be done.  We will never meet the security threats facing us with outdated technology and sluggish bureaucracy.

We will never meet the security threats facing us with outdated technology and sluggish bureaucracy.

Under our Constitution, Congress plays a key role, not only in overseeing the Pentagon, but also in requiring reforms and in making decisions about where we will spend our money.  And Congress must reform itself and the way it does business in order to fulfill its constitutional mandate.

We should also remember that national security is not just the military’s job.  Other government organizations need not only adequate funding but reforms so that they can contribute to our security in the 21st century.

As a presidential candidate in September 1999, George W. Bush spoke at The Citadel in a speech entitled “A Period of Consequences.”  He reminded us all that, “Moments of national opportunity are either seized or lost, and the consequences reach across decades.”  Little could he know of the national security challenges facing the eight years of his presidency.  Our ability to predict the future has not improved.  What we can do, however, is be prepared and be agile.  The consequences of whether we are able to do so will reach across the decades. 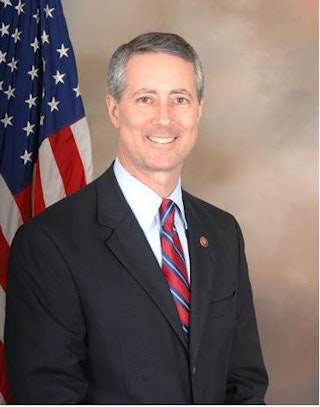