Encouraging Warriors to Take the Next Step

Policy from Washington, D.C. affects veterans but they live in communities among family, friends, and fellow warriors.  Peer-to-peer networking and community support are key to helping warriors overcome the invisible wounds of war.

The conflicts of the post-9/11 era are the first time since the end of the Cold War that the United States has attempted to fight extended wars with an all-volunteer force. During this era, more than 2.7 million service members deployed to Iraq or Afghanistan, with almost 40 percent of them belonging to the National Guard and Reserves.

As part of their service to the nation, a large proportion of post-9/11 warriors experienced frequent, lengthy deployments with less time at home between their times at war. More than 52,000 of them sustained visible wounds. The number of service members who experienced the invisible wounds of war, such as post-traumatic stress, is certainly much larger.

As these warriors transition into civilian life, they come home to communities, not federal agencies. And by “communities,” I mean both geographic communities and communities of friends and supporters.

As these warriors transition into civilian life, they come home to communities, not federal agencies.

The burden of care especially falls upon those communities for warriors suffering from invisible wounds, which at any one time equals as many as 550,000 veterans. Yes, individuals are ultimately responsible for seeking and staying in effective care. Still, communities of supportive families, understanding peers, and quality medical providers all play an important role in helping veterans understand their wounds.

Becoming aware of their wounds, of course, is only part of the equation. The crucial objective is to get more people into high-quality care.

This starts with getting them information that can change destructive behaviors, although information alone may not be enough. Veterans suffering from invisible wounds often need “influencers,” such as a fellow vet, who can help them seek care. A buddy from their time in service can speak openly with a warrior who needs care – and do so with complete trust.

It’s hard to overestimate the critical nature of this role. We know from research that less than half of those in need of mental health treatment, including veterans, actually seek care.

If left untreated, post-traumatic stress, traumatic brain injury, and the like will create a significant barrier to a meaningful, productive life. They could lead to a loss of work, homelessness, domestic violence, and family strain. They also could lead to substance abuse and even suicide.

If only those warriors who resist treatment could know that 69% of their peers who sought care found it effective. Embarrassment and shame are barriers to taking that step, even though these wounds have nothing to do with character. They are physiological and biological. It's not a wounded warrior’s fault that their “alarm system” is turned on.

Becoming aware of their wounds, of course, is only part of the equation. The crucial objective is to get more people into high-quality care. ... If only those warriors who resist treatment could know that 69% of their peers who sought care found it effective.

To help more veterans understand that reality requires building up enough communities that are aware of these wounds, empathetic about their effects, and willing to take action. Specifically, this will require educating, informing, and motivating individuals, organizations, and service providers to recognize and address these needs.

Synchronizing efforts within a community would help. A coordinated effort would help educate the public about the nature and symptoms of invisible wounds, correct misperceptions about them, reduce stigmas about seeking care, and encourage veterans to find quality treatment. Similarly, public awareness campaigns help veterans, service providers, and family members recognize the need for help and locate care in their community.

Of course, when more veterans become aware of their wounds, this adds to the burden of the health- care system. It has long been known that we have a shortage of mental health providers nationwide. Mental Health America reports that, as of September 2014, approximately 96.5 million Americans were living in areas with shortages of all kinds of mental-health providers.

As a nation, we need to address these shortages, particularly among psychiatrists. And let’s be honest: This situation will not change without financial investments in the training of mental health care providers. Yet this is a significant way “the community” can help veterans.

At the same time, we need to capitalize on the impact that peers can have on warriors in need of care. Public awareness campaigns are important, but a veteran may listen to one all day long and still not seek care if they are living with cognitive and emotional challenges alongside life’s other stresses.

That’s why the George W. Bush Institute’s Military Service Initiative launched the Warrior Wellness Alliance in February. The alliance is comprised of leading providers from the private and public sectors. It focuses on the impact that non-profits that serve veterans can have on those in need.

The goal is to connect such organizations with veterans as part of their daily tasks, rather than add the demand of finding quality care to the suffering warrior’s day-to-day life. This is part of the peer-to-peer network that is so valuable in breaking down barriers and leading people to the right kind of treatment.

We need to capitalize on the impact that peers can have on warriors in need of care. ... That’s why the George W. Bush Institute’s Military Service Initiative launched the Warrior Wellness Alliance in February.

Participating organizations like the Wounded Warrior Project, Team Red White and Blue, Team Rubicon, The Mission Continues, and Student Veterans of America come with a large network, too. A part of the alliance, they interact with as many as 850,000 people in the course of their daily lives.

That presents an incredible opportunity to have candid, credible conversations with veterans, helping guide them into the most appropriate care. The goal of the alliance is not only to provide accurate information and show empathy, but also to create an awareness that leads to action.

For good reason, too. Remember that as many as 550,000 veterans who have returned home could benefit from quality care each day. Unfortunately, half of them won’t seek it, which is why we need to build awareness, create networks of influencers, and encourage warriors to take the next step.

Then, these people who have served our nation can start to address their invisible wounds and begin to enjoy the life they deserve to live. As soon as they start doing that, they will build up their own communities and nation.

As many as 550,000 veterans who have returned home could benefit from quality care each day. Unfortunately, half of them won’t seek it, which is why we need to build awareness, create networks of influencers, and encourage warriors to take the next step. 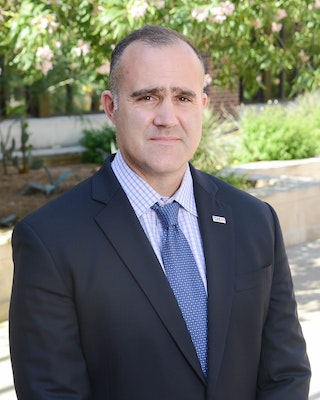