Why America Must Lead

An Essay by Robert Kagan

As world powers jockey for position on the global stage, Americans debate the role their country should play. Dr. Kagan presents his case for an involved America.

The liberal world order that was created in the aftermath of the Second World War is today being challenged by a variety of forces — by powerful authoritarian governments and anti-liberal fundamentalist movements, as well as by long-term shifts in the global economy. Great power competition has returned.

In Europe, Russia has launched the first cross-border invasion of a neighboring country since World War II. In East Asia, China is expanding its reach as a military power, seeking both economic and strategic hegemony at the risk of destabilizing that critical region. In the Middle East, Iran is expanding its influence and Islamic jihadists have gained control of more territory.

In the face of this turmoil, many Americans have come to doubt whether there is anything the United States can do or should do in response. Many assume either that it doesn’t matter very much what happens beyond America’s shores or that the United States no longer has the wisdom or capacity to shape events and prevent others from doing what they please.

Only seven years ago, pundits were talking of a “post-American world,” with a declining United States and a remarkable “rise of the rest.” These days, however, that prognosis appears to have been at best premature.

Only seven years ago, pundits were talking of a “post-American world,” with a declining United States and a remarkable “rise of the rest.” These days, however, that prognosis appears to have been at best premature.

America has substantially recovered from the Great Recession, while the once-heralded “rise of the rest” has stalled. Many around the world who once decried American overseas involvement as “hegemonic” now seek greater American engagement in international affairs.

Among the American public, too, there are signs of greater receptivity to a more active American global role. What is missing for most Americans, however, is a sense of strategy and purpose in American foreign policy.

During the Cold War, fear of the Soviet Union and international communism did not always produce agreement on policy but did provide an answer, for most, as to why the United States needed to play an international role and what that role should be. Today, our political leaders need to remind Americans that our fundamental interests are still best served by upholding the world order — economic, political, and strategic — that was established at the end of the Second World War and that was further strengthened and entrenched by the revolutions of 1989. Americans need to recognize their nation’s central role in maintaining the present international order and muster the will to use their still formidable power and influence to support that order against its inevitable challengers.

Start with the reality that a world order that supports freedom will only be supported by free nations. Supporting democracy is not just a matter of keeping faith with our own values. It is a matter of national security. Americans and other free peoples who benefit from and support the present world order therefore have an interest in supporting democracy where it exists and in pressing for greater democratic reforms in the world’s authoritarian nations, including the two great power autocracies.

Supporting democracy is not just a matter of keeping faith with our own values. It is a matter of national security.

In their economic policies, Americans need to continue promoting and strengthening the international free trade and free market regime. This, of course, means setting their own economy back on a course of sustainable growth. It means doing a better job of educating and training Americans to compete with others in an increasingly competitive international economy. It means providing a healthy environment for technological innovation.

But it also means resisting protectionist temptations and using American influence, along with other free-trading nations, to push back against some of the tendencies of state capitalism in China and elsewhere. Gaining congressional approval of the Trans-Pacific Partnership, or TPP, and then moving to agreement on the Transatlantic Trade and Investment Partnership with Europe, are critical, and not only for their economic benefits. They also are a critical step in knitting the democratic world more closely together.

But it also means resisting protectionist temptations and using American influence, along with other free-trading nations, to push back against some of the tendencies of state capitalism in China and elsewhere.

In Asia, especially, this is more much than a trade issue. Although the United States stands to benefit from the agreement, it is, above all, a strategic issue. The United States and China are locked in a competition across the spectrum of power and influence.

Militarily, the Chinese seek to deny American access to the region and hope thereby to divide the United States from its allies. Economically, China would like to turn Asia into a region of Chinese hegemony, where every key trade relationship is with Beijing. In such a world, the United States is a net loser — providing costly security to allies but not much else, while China reaps the economic rewards and grabs the hearts and minds, and pocketbooks, of regional players.

Finally, there is the matter of American hard power. What has been true since the time of Rome remains true today: there can be no world order without power to preserve it, to shape its norms, uphold its institutions, defend the sinews of its economic system, and keep the peace. Military power can be abused, wielded unwisely and ineffectively. It can be deployed to answer problems that it cannot answer or that have no answer. But it is also essential. No nation or group of nations that renounced power could expect to maintain any kind of world order.

If the United States begins to look like a less reliable defender of the present order, that order will begin to unravel. It remains true today as it has since the Second World War that only the United States has the capacity and the unique geographical advantages to provide global security. There can be no stable balance of power in Europe or Asia without the United States. And while we can talk about soft power and smart power, they have been and always will be of limited value when confronting raw military power.

Despite all of the loose talk of American decline, it is in the military realm where U.S. advantages remain clearest. Even in other great power’s backyards, the United States retains the capacity, along with its powerful allies, to deter challenges to the security order. But without a U.S. willingness to play the role of providing balance in far-flung regions of the world, the system will buckle under the unrestrained military competition of regional powers.

Without a U.S. willingness to play the role of providing balance in far-flung regions of the world, the system will buckle under the unrestrained military competition of regional powers.

Today, as a result of the Budget Control Act and a general unwillingness to spend adequately on defense, America’s ability to play this vital role is coming increasingly under question. Current defense spending has created a readiness crisis within the armed forces. Only a handful of Army brigades are available for use in a crisis.

The army is about to be forced to cut 40,000 soldiers from its active force. There are too few ships to provide a U.S. presence in the multiple hotspots that have sprouted up around the world. As the bipartisan, congressionally-mandated National Defense Panel has argued, the U.S. military must be able to deter or stop aggression in multiple theaters, not just one, even when engaged in a large-scale war. It needs to be able to fight ISIS and deter Iran in the Middle East, deter Russia in Europe and Syria, and in Asia deter North Korea and maintain stability in the face of a rising China.

Consider the threat now posed by Iran. Whatever one thinks about the recently-concluded nuclear deal, any serious strategy aimed at resisting Iranian domination also requires confronting Iran on the several fronts of the Middle East battlefield.

In Syria, it requires a determined policy to remove Iran’s close ally, Basher al-Assad, using U.S. air power to provide cover for civilians and creating a safe zone for Syrians willing to fight. In Iraq, it requires using American forces to push back and destroy the forces of the Islamic State so that we do not have to rely, de facto, on Iranian power to do the job.

Overall, it requires a greater U.S. military commitment to the region, a reversal of both the perceived and the real withdrawal of American power. And therefore it requires a reversal of the downward trend in U.S. defense spending, which has made it harder for the military even to think about addressing these challenges, should it be called upon to do so.

The challenge we face today is to decide whether this liberal world order is worth defending and whether the United States is still willing to play the role of its principal champion. The answer to both questions ought to be “yes,” but it will require a renewal of American leadership in the international system, economically, politically, and strategically.

It will also require a renewed understanding of how important and unique the present liberal world order is, both for Americans and for peoples all across the globe. The simple fact is that for all the difficulties and suffering of the past 70 years, the period since the end of World War II has been unique in the history of the human race.

The period since the end of World War II has been unique in the history of the human race. Democratic government, once rare, has spread to over 100 nations around the world, on every continent, for peoples of all races and religions.

There has been an unprecedented growth in prosperity. Billions have been lifted out of poverty. Democratic government, once rare, has spread to over 100 nations around the world, on every continent, for peoples of all races and religions. Although the period has been marked by war, peace among the great powers has been preserved. There has been no recurrence of the two devastating world wars of the first half of the 20th century.

This world order has been a boon for billions around the world, but it has also served American interests. Any other world order, one in which the United States had to cede power and influence to China and Russia, or what is more likely, a descent into disorder, is unlikely to serve Americans’ interests as well. 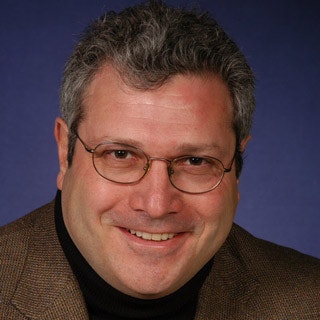