We Don’t Live in the World We Were Born Into

An Essay by Mark Cuban

Change is constant. But change creates an opportunity to lead – from young IPO companies to Fortune 500 companies. How can leaders ensure that they create, integrate, and enable change?

As owner, Mark Cuban embraced change after the Dallas Mavericks lost in the NBA Finals in 2006 to the Miami Heat. The revamped roster and coaching staff brought the city of Dallas an NBA championship in 2011. (Copyright 2011 NBA, Glenn James/Getty Images)

It doesn’t matter what year you were born. Any one of us can look back and reminisce about all the things we miss from our childhoods. Then we can wonder about all the things that have changed for the better. No matter who you are, or where you live, the only constant in all of our lives is change.

Leaders understand that change is not only inevitable; it is an opportunity to lead.  Steve Jobs once said, “Everything is a remix.” Steve had an amazing skill, some would say notorious skill, of learning as much as he could about technology and computing and combining those elements into something unique and often beautiful.

The Apple Computer wasn’t the first computer or the best-selling computer. But Steve showed those who worked for him and his customers how he had combined features that had never been delivered together before into a computer that they all believed was the best computer ever made.

The iPhone wasn’t the first mobile phone, but he combined features into a beautiful phone that he made people believe they had to have. There is a long list of Apple products that Steve Jobs created that confirm for all of us that we no longer live in the world we were born into.

Steve Jobs shows off the iPhone 4 at the 2010 Worldwide Developers Conference. (Matthew Yohe)

If the only certainty in our personal and business lives is change, then every leader must ask what will change next and can I be the person to create, integrate or enable that change into my life, company or country.

If the only certainty in our personal and business lives is change, then every leader must ask what will change next and can I be the person to create, integrate or enable that change into my life, company or country.

Changing the business of capital formation 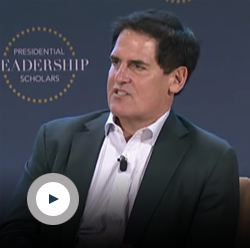 I try to look for businesses or industries I am in where “conventional wisdom” goes untested. Here is an example of one.

The business of capital formation has been changing dramatically right before our eyes. For years when companies were formed, founders had dreams of going public and growing world changing organizations. That dream has all but disappeared as rules, over-reactive regulations and entrepreneurs' impression of those rules have cut the number of public companies from more than 8,000 to about 3,700 and shrinking.

The response to this decline has been for companies over the past 10 or so years to raise more and more money through private offerings. This has led to tens of billions, if not hundreds of billions of dollars tied up in private companies with no liquidity or exit opportunities. This is obviously not good for investors in those companies.

It is even worse for our country as those companies that might have gone public in the past now find themselves having to sell to industry leaders at valuations lower than the public markets would have offered them, or in many cases unable to raise capital and going out of business. Both reduce competition, employment and innovation.

I bring this up because it’s where I see an opportunity for a remix.

The time is ripe to reinvent the IPO market for small companies. There never was a real rational reason for companies to not pursue an IPO. What happened instead was that investment banks felt like they couldn’t make enough money doing smaller IPOs. So they got out of that business. Nobody stepped into pick up the slack.

I am working with several banks to try to create a market for small IPOs. The time is right for the hundreds of quickly growing, profitable companies in this country to be able to raise $20 million to $50 million in capital in the public markets.

That will give those companies capital to grow when they need it most. It will give investors the ability to have liquidity in their investments rather than having it tied up for years and years. It will give fast-growing companies the ability to access secondary financing markets faster and less expensively than private capital. All of which will help our economy.

More public companies also means that more employees will be able to own equity in their companies and grow their own net worth as their enterprise grows.

I hope that kids coming out of college the next few years will be able to brag about how easy it is to take a company public and grow it into something special. Something their parents couldn’t do and would have been impossible when they were kids.

I hope that kids coming out of college the next few years will be able to brag about how easy it is to take a company public and grow it into something special. Something their parents couldn’t do and would have been impossible when they were kids.

We don’t live in the world we were born into. The change that is inevitable in life provides an opportunity for leaders from many different walks of life to shape the world in ways we can never expect. 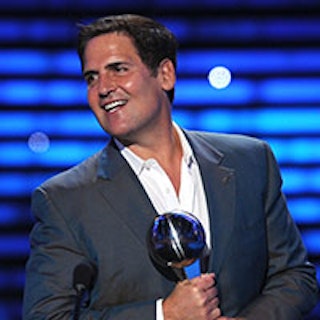