A Conversation with Ron Kirk by William McKenzie and Matthew Rooney

Ron Kirk describes himself as a pro-business, pro-trade Democrat. As U.S. trade representative in the Obama administration, he helped broker the Trans-Pacific Partnership. But as the mayor of Dallas, Kirk watched a newly-signed North American Free Trade Agreement have a significant impact on the region.

If you want to talk trade agreements, call Ron Kirk's office. Now a lawyer in Dallas, Kirk's political career flourished 20 years ago when he became the mayor of Dallas. While his city didn’t have the tourist draw of a New York or Washington, or the navigable waterways of the coastal cities, it did hold a special mix that would trigger a boom: an international airport, a hungry workforce, and the benefit of the newly-signed North American Free Trade Agreement.

We caught up with Ambassador Kirk at his Dallas office to pick his brain on the strength of North America, as well as the challenges of actually capitalizing upon the strengths of the economies of Mexico, Canada and the United States.

What does the concept of North America mean to you? Is it a cultural phenomenon? An economic phenomenon? Both? Something different?

We had just been given this gift in the North American Free Trade Agreement. We always felt a bit cheated in this region and city because our geography was not an asset. Notwithstanding the TV show Dallas, we weren’t the center of the oil and gas boom in Texas.

But all of a sudden, I’m thinking, “Man, our geography is the greatest asset we have. We have D-FW (International Airport), so we’re only three hours away from Washington and Los Angeles, but, just as importantly, from Mexico City, Montreal and Toronto.” As mayor, I thought, “We (representatives from Dallas) are going to be in Mexico or Canada at least three times a year. We need to own NAFTA.”

I’m offering that as context. People have many different opinions about NAFTA, but that airport, that trade agreement, helped us go from a great regional community to a really innovative, functioning North American community. That’s lost in the debate about the context of NAFTA.

You can’t be in Texas and ignore or not understand the cultural integration. It is to our benefit because of our proximity to Mexico. You can’t ignore the cultural aspect of North America in especially Southwestern cities.

The Trans-Pacific Partnership has the practical effect of bringing NAFTA up to grade to a modern new generation trade agreement. We really have the opportunity to understand the importance of our economic integration in North America. If we can marry that with the cultural immigration, that makes us all stronger.

It’s interesting that your reflex as a Democrat running for mayor was to spontaneously embrace NAFTA.

I am a pro-business, pro-trade Democrat. As Lloyd Bentsen defined himself, I am a raging pragmatist.

I am a pro-business, pro-trade Democrat. As Lloyd Bentsen defined himself, I am a raging pragmatist.

If you look at the history of major trade agreements over the last 75 years, most of the big ones were passed by Democrats. President Obama doesn’t get nearly the credit for the courage that he’s demonstrated. We launched the TPP and he has not backed down.

There are anxieties about trade, but I don’t think we help ourselves as a country by fighting tides that have moved on. The reality of the global integration of commerce and travel and transport is with us. We can either help shape the terms of that integration and be at the table and compete – which I think is the way for us to go – or we sit on the sidelines.

Part of our competitiveness globally draws from how well we have done with our integration here in North America. As excited as we are about new emerging markets in China, India and Brazil, the reality is our number one trading partners still are Mexico and Canada. That has radically changed for the better the lives of people, particularly who live along the border.

How do you sell that to people who feel sideswiped by the whole process? How do you win the conversation?

It is our challenge. The difficulty with trade is you and I can easily lay out the benefits, but they are so broadly spread out.

No one’s going to write a story about how families benefit when they go back-to-school shopping. Thanks to trade, everything from clothes to laptops is cheaper. But if you let a factory shut down, and the owner blames it on NAFTA, that goes viral. That pain is so centralized that I don’t know if you’re ever going to take it away.

But if you let a factory shut down, and the owner blames it on NAFTA, that goes viral. That pain is so centralized that I don’t know if you’re ever going to take it away.

To some degree, I would say the opponents of NAFTA have done a good job blaming every factory closing on NAFTA when the reality is the layoffs are usually due to automation or the introduction of next-generation technology. We’ve become so much more productive, and we celebrate that entrepreneurial spirit. But if you’ve got to shut down a factory, it’s a lot easier to blame it on NAFTA than to say we didn’t get ahead of this curve.

When you were the U.S. Trade Representative, you spent a good bit of time talking to people in the Rustbelt about trade and globalization. What did you find?

I found that Americans get the bigger picture that trade is good for us. Yet I also found that we just go to our camps. If you were touting the benefits of trade, you were just a blind free trader who put corporate profits ahead of people. If you were against trade, you were a Neanderthal who didn’t understand its importance. We were talking past one another.

How do you see China as a factor in North America?

It’s affected North America in that China being part of a rules-based global trading system has the potential to help lift all of our economies. A lot of what China needs to modernize, they can get off the shelf from the United States. And they can’t get it any better than what we make and create. If we can ever get them to see that we’re not a threat, but that we can be a huge partner to them, then we can all benefit.

I’ll give you a real-life example with full disclosure. I co-chair a nuclear energy coalition that promotes the benefits of nuclear energy. China is very cognizant of the fact that they can’t continue to power and engineer their growth just by coal.

So China is testing different technologies. They have constructed – almost constructed – two Westinghouse thousand megawatt reactors and ordered four more. Westinghouse tells us those two reactors that China’s already constructing support 10,000 jobs in the United States. If we were to capture 25 percent of what China, India or Brazil may do, that’s jobs here in the United States. 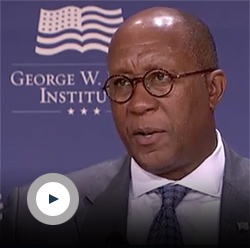 We always think outside of China, but China has quickly become our most important trading partner behind Mexico and Canada. We have to see that as an opportunity and not just a threat.

Of course, they’ve got other behaviors we can’t ignore. They have to play by the rules. The administration and the business community have finally decided that trying to be coy in how we talk about issues like cyber-security, piracy and theft of our intellectual property has to be front and center.

On the other hand, we have the opportunity to partner with China in a way that helps them meet their own goals for growth and helps us sustain our way of life.

Is there a way that the U.S, Canada and Mexico could or should work together to make sure that we get the workforce that we need for North America?

Yes. But it’s been a big enough challenge to get the United States to address the issue of investing in public education. I don’t know that I have the bandwidth to try to tackle that on a North American platform.

But the countries that are going to be the most competitive, and that are going to win the global battle for the next generation of consumers' hearts and minds, are those that have the best educated, most talented workforces.

But the countries that are going to be the most competitive, and that are going to win the global battle for the next generation of consumers' hearts and minds, are those that have the best educated, most talented workforces.

If you look at the story of our becoming an economic power, it is the story of the brilliance of the American public school system.

Now, if you pick the top 20 urban areas, the common denominator is a public, inner-city public school system that most people believe is failing. Why would we accept, for the most part, poor, migrant Hispanic kids and African-American kids not graduating from high school and college? Why would we think we’re going to be able to compete over time with China or India?

This all goes back to the issue of education, which also goes back to North America. Whether we like it or not, our population growth is largely coming through immigration. You can’t compete if you don’t have new, talented workers coming into the workforce. Look at the story of Japan’s decline. Japan has an aging population and no growth.

If there is any area where North America needs to look at itself as a unified region, it is as a talent base. Now, we have it at the higher education level. Our colleges and universities are still one of our greatest assets. You can walk in and see kids from Mexico, Toronto, China, all over. That’s a positive, but the success of our higher education system has to filter down somehow to the secondary and introductory level.

As you know, Mexico has taken steps to modernize its energy industry. What needs to happen to ensure that North America is energy-secure?

The fascinating thing is how quickly we have embraced the reality that now North America is energy-independent. You know, we’ve spent most of this last century bemoaning some of the geopolitical quagmires we’ve gotten in because we’ve had to import so much of our energy.

Now, we have a very new and powerful phenomenon. Not only is the United States energy-independent, if you combine the reserves in Mexico, Canada and the U.S., they are a powerful economic and strategic tool. As a continent, we’re going to be an exporter. We can’t consume all the natural gas and oil that we’re going to produce.

That gives us freedom to think about how we want to deploy the resources that will be associated with that production. The great thing about energy is that it is a huge job-producing industry.

That’s one area where we can use our innovation and talent with Mexico’s reserves and Canada’s experience, if we can get over our own competitiveness to realize we can be stronger together than we would be independently. 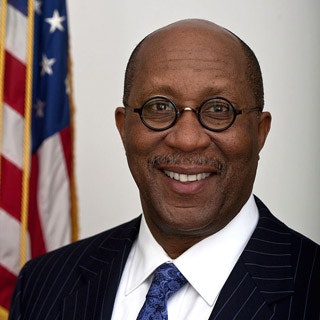 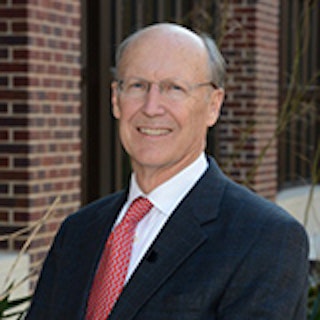 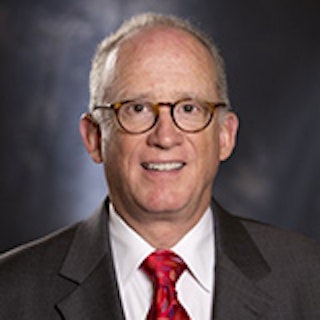