The Case for American Internationalism

An Essay by Jon Kyl and Joseph Lieberman

For the benefit of people throughout the world and for Americans themselves, the United States must lead internationally in the areas of security, economics, and democratic ideals.

People show their support for Ukraine during a rally in front of the White House on March 6, 2014. (Anadolu Agency / Getty Images)

Since the end of World War II, the United States has worked with its allies to nurture and maintain an international environment that has expanded security, prosperity, and human rights throughout the globe. As new challenges to this system emerge, however, many across America have wondered whether the benefits of international leadership outweigh the costs.

In 2013, we set out to investigate this question by establishing the American Internationalism Project at the American Enterprise Institute. The effort incorporated a diverse range of perspectives, people from different parties, ideologies, and generations, to develop a new consensus on America’s role in the world. The fundamental consensus from that exercise was that American global leadership is just as critical to the security, prosperity, and freedom of both Americans at home and others in the world today as it was 70 years ago.

American global leadership is just as critical to the security, prosperity, and freedom of both Americans at home and others in the world today as it was 70 years ago.

We concluded that the U.S. must continue to lead across the three realms of international engagement: security, economics, and democratic ideals.

The case for military strength

In the security realm, the case for American international leadership has largely been made for us by current events. From the Middle East to Asia, and from Africa to Europe, events over the past two years have shown that when America holds back, hostile powers rush in to fill the vacuum. As the beheading of American journalists by ISIS, the invasion of Ukraine by Russia, and the continued expansion of China’s reach into international waters show, American inaction had demonstrable consequences. Russia’s military reentry into the Middle East is but the latest example.

Ukrainian servicemen walk in the yard of a destroyed building in the Pisky village near Donetsk on October 26, 2015. (Anatolii Stepanov/AFP/Getty Images)

In the background of these emerging challenges lies a fundamental truth: not only does U.S. engagement — including the forward positioning of troops — deter aggression; in the event of conflict, it also enables the U.S. to meet threats far from its shores. Conversely, inaction and negligence provide opportunities for others to act—and frequently in ways inimical to our interests.

Inaction and negligence provide opportunities for others to act—and frequently in ways inimical to our interests.

A strong and well-resourced military is the minimal prerequisite for American leadership. But American leadership must also extend to those new realms of security through which our rivals are attempting to subvert the status quo: cyberspace, outer space, and ideas. Failing to maintain our strength across these domains will risk ceding influence to others who share neither America’s values nor its benevolent stance toward the rest of the world.

In facing these challenges, America must also look to allies who provide crucial support during periods of conflict and contribute to global stability. Our partners around the globe allow us to achieve mutually beneficial security goals, but only so long as America remains strong and engaged. In many ways, America serves as the glue that bonds allied efforts together, as we have with NATO and other alliances.

Military force itself is only one tool to preserve American and international security, and necessarily a tool of last resort. Too often, we tend to underappreciate the importance of the other bedrock tools of international engagement, including American diplomacy, foreign assistance, economic assistance, people-to-people programs, and public-private partnerships, all of which create a more secure world.

Too often, we tend to underappreciate the importance of the other bedrock tools of international engagement, including American diplomacy, foreign assistance, economic assistance, people-to-people programs, and public-private partnerships, all of which create a more secure world.

The benefits of free trade

In the economic realm, the relationship between prosperity and the peace brought by greater security is clear. John F. Kennedy, in defending open international markets, said unequivocally “closer economic ties among all free nations are essential to prosperity and peace.”

In today’s interconnected global economy, it is not enough to succeed economically within one’s borders. See how North America competes in trade as compared to other trade groups such as APEC and the European Union with the North America Competitiveness Scorecard.

Then, as now, strong U.S. global leadership made possible the vibrant international economic system, which is a historic, yet often overlooked, achievement. America led the effort to establish key economic agreements and institutions like the International Monetary Fund and the organizations that would evolve into the World Bank and the World Trade Organization. In doing so, we helped create a global economic order that has enabled millions — in the U.S. and abroad — to climb the ladder of opportunity.

Some point to the fact that other countries seek to exploit the open and increasingly integrated international economic system at the expense of the United States. Forced localization policies, intellectual property theft, and economic espionage are but a few examples of foreign activities that undermine U.S. competitiveness. Others view trade itself in broadly negative terms, arguing that it creates incentives for U.S. companies to move jobs overseas at the expense of American workers.

These challenges, though real, call for increased American leadership in the economic realm —not less. Increased engagement will be the only way to ensure that the international economic system represents American interests as much as it does those of other countries.

It is true that in the short term, economic restructuring can have a negative impact on many individual Americans, and we should favor policies that improve access to training and education to help individuals adapt to the changing economy. The short-term costs imposed by free trade, however, should not make Americans lose faith in the liberal economic order we helped create. Free trade, in the long run, benefits all.

Free trade lowers the price of goods at the shopping mall; opens foreign nations to American businesses, products, and services; and admits the United States to the global supply chain that brings new products, new jobs, and additional economic growth to our shores.

But free trade isn’t just about the bottom-line. Trade agreements between the U.S. and foreign countries do more than merely facilitate the exchange of goods and services across borders; they also nudge countries to adopt policies that both reflect deeply-held American values and improve the lives of local populations, such as higher labor and environmental standards.

Free trade lowers the price of goods at the shopping mall; opens foreign nations to American businesses, products, and services; and admits the United States to the global supply chain that brings new products, new jobs, and additional economic growth to our shores.

It is this advancement of human rights and democratic ideals that is one of the most important goals of American engagement and also what sets it apart from other great powers. Cynics may dismiss the promotion of ideals and American values, but the spread of democracy and freer markets is fundamental to ensuring greater peace and prosperity. When a country’s own domestic politics are built on pluralism and consensus, it often leads that country to behave similarly in the international arena.

Perhaps the greatest example of the triumphant march of the liberal democratic order in the last century was the peaceful fall of the Soviet Union, and the subsequent liberalization of its satellite states. On the other side of the world, American engagement has slowly but steadily pushed other countries like Taiwan, South Korea, and the Philippines in the direction of modern representative democracy, to say nothing of Germany and Japan, once authoritarian rivals, now among our staunchest allies.

When America engages another country and encourages it to become freer and more democratic, it also creates a domino effect for other countries. When Poland graduated from USAID assistance in 2000, it capitalized on its experience to become a provider of assistance to other countries in the region, becoming active in the European Union’s Eastern Partnership and spearheading the launch of the European Endowment for Democracy.

There remains a moral imperative for America to champion human rights and support the adoption of democratic institutions throughout the world. Democracy provides citizens access to political power, the ability to choose leaders and, ultimately, the opportunity to have a say in their own destinies. It gives minority groups access to equal justice and economic opportunity. Upon these values was America born, and they are what have allowed it to prosper.

But supporting human rights and democratic ideals isn’t just about altruism. Democracies will not go to war with the United States, nor will they support terrorism against it, nor will they produce refugees to flee to it.

The disparate aspects of American global leadership are intimately connected and often mutually reinforcing. To cite another example, U.S. military activity, through its patrol of the high seas and the security brought by the presence of its troops around the world, ensures universal access to key shipping lanes and stability across key borders, allowing countries across the globe to exchange goods in confidence and to share in the benefits of international trade.

A central point that we returned to again and again during our project was that the alternatives to American leadership are few. Even for those countries that might aspire to world leadership, there is simply no guarantee that they would have either the capacity or the will to keep the world safe, markets open, and people free. As then-Secretary of State Madeleine Albright once said, America truly is the “indispensable nation.”

We hope that our efforts contribute to the ongoing conversation about how American leadership can support and enable a more secure, prosperous, and free nation and world. We are confident that, in the course of this conversation, many will come to the same conclusion that we did during our project: for the benefit of people throughout the world and of the American people, America must lead. 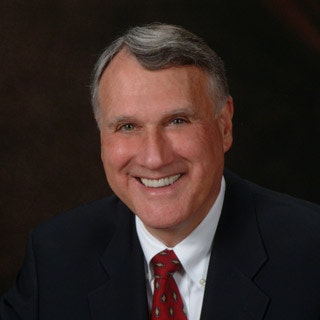 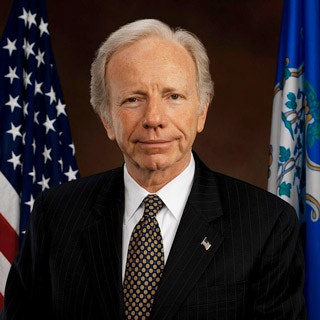