The Catalyst talked with noted economist Glenn Hubbard about topics affecting the daily lives of Americans.

The Catalyst asked the economist for his views on the federal debt, energy prices, and China’s economic slowdown. In other words, issues that affect our economic growth. Hubbard just doesn’t analyze; he also  presents ways to deal with these challenges.

As we look at ways in which to grow the American economy, we all know that reducing long-term debt will help. But that is easier said than done. What are some ways that we could start to reduce debt obligations, including those that could grow because of entitlement spending?

The principal source of rising debt burdens going forward is the unfunded liabilities of Social Security and Medicare, totaling tens of trillions of dollars in present value.  The bulk of the adjustment required to restore fiscal balance will need to be a reduction in future entitlement spending growth, and not to raise taxes and trim living standards.

There are simple steps that we can take – steps that will both restore fiscal balance and ensure the long-term viability of the important Social Security and Medicare programs.  For Social Security, slowing the growth of benefits for upper-income households, while strengthening benefits for low-income seniors, will go a long way toward preserving the program.  Bolstering saving incentives will also help individuals prepare for their retirement.

The nation needs leadership to make these difficult choices before the day comes – and it will if action is not forthcoming.

For Medicare, a shift to premium support, with basic financial assistance for low-income seniors for health insurance and smaller subsidies for others, will be important.  The nation needs leadership to make these difficult choices before the day comes – and it will if action is not forthcoming – when sudden benefit cuts or significant tax increases will be required.

What impact will lower energy prices have on the American economy?

A significant drop in the price of oil has two basic effects on the American economy.  For consumers, lower oil prices act like a tax cut, with lower spending on gasoline and utilities permitting greater spending on other goods and services.  For oil producers and firms supplying them with capital goods for exploration and production, the lower oil process crimp profits and investment spending.

Over the medium run, the first effect – the "tax cut" for consumers – will dominate the second, providing a boost to GDP and household incomes.  In the near term, though, America’s growing oil production and investment in it will experience an economic headwind, along with financial distress for some highly leveraged U.S. oil producers.

What is your view of the economic slowdown in China? How relevant is that to our economy?

Economic commentators around the world are talking about the current slowdown in China’s rate of economic growth – a known known.  This slowdown will have only a modest direct effect on the United States through trade, though commodity-producing emerging market countries will feel the slowdown’s effects much more.

Economic commentators around the world are talking about the current slowdown in China’s rate of economic growth – a known known.

The very high level of debt relative to GDP in China is a key known unknown – such high levels of debt in an emerging economy have often led to significant financial distress and declines in economic activity.

Most troubling is an unknown unknown:  Many economic experts on China observe that the country faces long-term growth challenges from excessive and often unproductive investment; yet, these experts largely believe China can use its reserves to muddle through in the short run.

But here’s the rub:  in economics, the line between the “short run” and the “long run” can be blurry.  One cannot rule out a financial crisis and hard landing in China over the next several years.  No matter what transpires, the United States should engage China in discussions of key global economic issues such as trade, reform of the international financial system, and the importance of property rights. 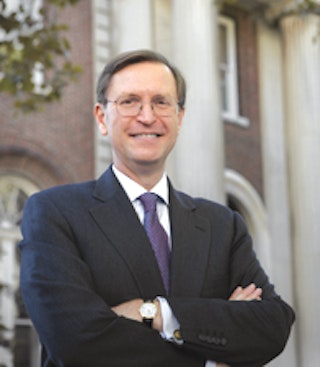