An Essay by Amanda Schnetzer and William Inboden

As the American appetite for overseas engagement wanes, leaders must not forget lessons learned between Franklin Roosevelt’s presidency and today.

Seventy-five years ago this month, President Franklin D. Roosevelt delivered one of the most consequential State of the Union addresses in American history. On a winter evening in Washington, D.C., he warned a joint session of Congress that “at no previous time has American security been as seriously threatened from without as it is today.”

The United States had not yet entered World War II, and Japan’s surprise attack on Pearl Harbor still loomed 11 months away.  Yet Roosevelt’s speech redefined the American role in the world by intertwining the national security of the United States with the fight against tyranny beyond our shores.

In the process Roosevelt began crafting what would become the American strategy in the war and its aftermath. The United States would seek not only to defeat its enemies but also to support the protection and expansion of human liberty in the postwar world.

The United States would seek not only to defeat its enemies but also to support the protection and expansion of human liberty in the postwar world.

This principle is as relevant today, as the United States once again faces a world in which freedom’s adversaries are gaining ground.

More on the ”Four Freedoms Speech”

In what came to be known as the “Four Freedoms Speech” , Roosevelt envisioned a post-war world where all persons enjoyed freedom of expression, freedom of worship, freedom from want, and freedom from fear. He explained to the Congress the threat that Nazi tyranny posed to this vision, not only in Europe but “in every part of the world,” including the United States. “The future and safety of our country and of our democracy are overwhelmingly involved in events far beyond our borders,” he warned.

“The future and safety of our country and of our democracy are overwhelmingly involved in events far beyond our borders,” he warned.

It was on this basis that Roosevelt made the case to end U.S. neutrality and increase American leadership in the war effort. In doing so, he tied the future of peace and prosperity at home with support for those fighting the enemies of freedom in Europe and elsewhere. The speech soon provided the foundation for the Atlantic Charter, the Universal Declaration of Human Rights, and other modern instruments of international law and agreement that recognize and protect fundamental human rights.

In many ways, Roosevelt’s vision of three quarters of a century ago has come to pass. The number of the world’s democracies, and the number of people living in freedom, is vastly expanded today from 1941.

The perilous state of freedom in the world

The late scholar Samuel Huntington numbered the world’s democracies at about 12 in 1942. As of 2015, the independent watchdog Freedom House put the number of electoral democracies — that is countries meeting “certain minimum standards for political rights”— at 125.

The percentage of the global population living under free or partly free conditions is now 64 percent.

The Bush Institute’s Women’s Initiative Fellowship mentored women from Tunisia in 2014 and 2015 to help them develop their leadership skills and build a strong civil society.

About the Women's Initiative Fellowship

But progress in history is neither linear nor inevitable, and the last decade has not been good for freedom. Although there have been bright spots like Tunisia, the only country of the Arab Spring to transition to democracy, Freedom House’s recent reports find more troubling setbacks than hopeful gains across the globe. The ideological competitors to freedom and democracy have staged a resurgence and are claiming new ground.

Xi Jinping of China and Vladimir Putin of Russia on July 8, 2015. (via www.kremlin.ru)

There is authoritarian capitalism of the kind on display in China, where a one-party dictatorship and a quasi-market economy go hand in hand. From Russia to Vietnam and beyond, this combination holds seductive appeal for governments that want to maintain a monopoly on power while pursuing economic growth.

The reality, though, is that authoritarian capitalism stifles the full potential of society. Instead, it tends to reinforce corruption and other perversions of power, and stifles the kind of innovation and transparency that are prerequisites of long-term economic growth. China and Russia, along with other countries that are not free, are consistently rated corrupt in Transparency International’s annual Corruption Perceptions Index.

Authoritarian capitalism is just one of democracy’s latest adversaries; another type has been emerging in Latin America. Before Venezuelan autocrat Hugo Chavez died of cancer in 2013, he succeeded in attracting other nations in the region such as Cuba, Ecuador and Bolivia to his demagogic and anti-democratic club.

Today Chavez’s hostility toward democracy and the free market lives on under his hand-picked successor Nicolas Maduro.  Notwithstanding the United Nations’ absurd decision in 2015 to recognize Venezuela for policies to end hunger, the reality is that Chavismo is killing Venezuela and poisoning others in the region. And as Maduro struggles to retain control of an electorate that is dissatisfied with the government’s expropriation of private businesses and growing shortages for staples like milk and rice, repression is growing.

The Middle East and North Africa region dominates global headlines with militant Islamism’s pernicious threat to freedom.  Its most visible manifestation is in the Islamic State, which may have a tiny minority of devoted followers but deftly uses social media and barbaric repression to gain adherents to its perverse vision of a twenty-first century caliphate. Further afflicting the region is the displacement of millions of innocent civilians that is being fueled by violent jihadism, civil war, and fragile or failed states such as Libya, Yemen, and Syria.

Even relatively stable countries such as Turkey, Saudi Arabia, and Jordan continue to restrict freedom within their borders, while Egypt’s many challenges include President Sissi’s growing repression of peaceful dissidents and civil society activists. With the exception of Israel and now Tunisia, the rest of the region suffers from a serious democracy deficit. According to Freedom House, 85 percent of its people live under conditions that are not free.

These and other challengers to liberalism are commanding a troubling number of adherents. As different as authoritarian capitalism, Chavismo, and militant Islamism are from each other, each self-consciously positions itself as an ideological alternative to and opponent of freedom and democracy.

Against this global backdrop, some of America’s erstwhile European partners in the promotion of democracy are experiencing exhaustion and an internal crisis of confidence. The Eurozone crisis has contributed to political divisions and diminished resources for supporting freedom abroad. With some notable exceptions, Europe collectively has been largely passive in the face of Putin’s authoritarianism in Russia and his invasion of neighboring Ukraine.

While Europe has also been less engaged in the Middle East, the Syrian refugee crises and deadly terrorist attacks on innocent civilians are stirring the continent from its slumber.  Both Europe and the United States are being reminded anew that events far from our borders can also affect us at home.

While Europe has also been less engaged in the Middle East, the Syrian refugee crises and deadly terrorist attacks on innocent civilians are stirring the continent from its slumber.  Both Europe and the United States are being reminded anew that events far from our borders can also affect us at home.

Yet in the midst of these global challenges, the American people have also grown weary with the world. In its last “America’s Place in the World” poll, the Pew Research Center found that 53 percent of Americans view the United States as playing a “less important and powerful role as a world leader.” Fifty-two percent said the United States “should mind its own business internationally and let other countries get along the best they can.” Only 18 percent said that promoting democracy was a priority, while protecting the United States from terrorist attacks topped the list at 83 percent. Inevitably, though, the two are intertwined.

“We must support Burma as it transitions from authoritarianism to liberal democracy.”

If there is room for optimism in this gloomy narrative, one reason is that individuals the world over are expressing their desire for something different. In Venezuela, the people have elected a parliament opposed to Chavismo. In 2014, thousands of protesters occupied a central square in Ukraine’s capital to demand the restoration of their freedoms and a voice in their government. The same year, umbrella-wielding students in Hong Kong protested for weeks against Beijing’s heavy hand in their democracy. In 2015, the Tunisian National Dialogue Quartet received the Nobel Peace Prize for its role in bringing democracy to Tunisia. Most recently, voters in Burma delivered a landslide victory in national elections to the pro-democracy National League for Democracy led by “The Lady” Aung San Suu Kyi.

The historic role of the United States should also bring optimism.  Franklin Roosevelt’s “Four Freedoms” speech stands against the backdrop of a bipartisan tradition of support for liberty.  Republican and Democrat presidents alike have affirmed America’s commitment to standing for freedom at home and leading the advance of freedom abroad.

Even at the height of the Cold War, when the United States and the Soviet Union were engaged in negotiations on strategic issues like trade and arms control, the fundamental human rights of Soviet citizens were not forgotten. The Jackson-Vanik amendment and the Campaign for Soviet Jewry in the 1970s, for example, tied the opening of U.S.-U.S.S.R. trade to the freedom to emigrate.  As former Soviet political prisoner Natan Sharansky has written, “The establishment [in the United States] largely mocked the revolutionary notion that foreign policy pressure could be used to help to transform the U.S.S.R. from within. Fortunately, for me and millions of others, leaders such as Sen. Henry "Scoop" Jackson, a Democrat, and Reagan, a Republican, disagreed. They believed that such a transformation was not only possible but essential to their nation's security.”

America’s historic policy of promoting democracy has not been confined to our geopolitical adversaries. The Cold War also witnessed the United States supporting democratic reform in then-authoritarian allies such as Taiwan, South Korea, the Philippines, and Chile. In his classic book, “The Third Wave,” Samuel Huntington made the connection between democratization in Europe, Latin America and Asia in the 1970s and 1980s and the growing acceptance of democratic values.  He also attributed the wave, at least in part, to “the major shift in U.S. policies…toward the promotion of human rights and democracy in other countries.”

The erosions of freedom in the world today are serious but not insurmountable. Now, as in the past, American leadership is essential to delegitimize the dictators and tyrants and to help dissidents and democracy advocates find their way to freedom.  As Franklin Roosevelt made clear 75 years ago, it is in the moral and strategic interests of the United States to do so.

The erosions of freedom in the world today are serious but not insurmountable. Now, as in the past, American leadership is essential to delegitimize the dictators and tyrants and to help dissidents and democracy advocates find their way to freedom.

The new ideological challenges to democracy may be diverse and varied, but they face a common obstacle: the universal human desire for liberty, to live in freedom and to have a voice in one’s government and future. The United States has been the leading global champion for this in the past, and can and must become so again. 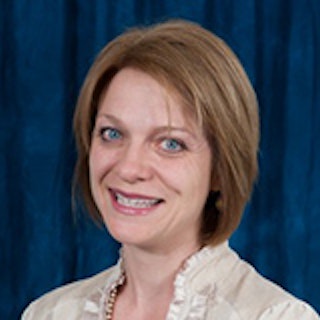 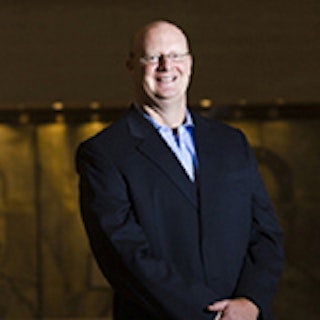 William Inboden Director of the William P. Clements, Jr. Center for National Security at the University of Texas at Austin Full Bio