America Needs the Secret Leadership of the U.S. Military

An Essay by Colonel Miguel Howe

Leadership extends beyond the four-star generals – the CEOs – of the U.S. Armed Forces. The small unit leaders carry the success of the military and 2.8 million post-9/11 veterans are ready to use their skills in our communities.

That is true to the extent we’re talking about strategic leadership. Generals and admirals are the leadership equivalent of CEOs and governors. These are very senior strategic leaders in charge of huge organizations spanning large geographic areas with tremendous resources and responsibility. Their leadership is critical.

Yet, just as there are only 500 Fortune 500 CEOs at any given time, there are only 40 four-star generals and several hundred general officers in a military that comprises almost two million people. As important as those top leaders are, that’s their scale and scope.

View From Warrior to Civilian, the Bush Center’s toolkits and resources for veterans and the non-profits who support them.

The nation’s ability to fight and win its wars actually depends upon the ability of thousands of small scale organizations to execute their missions while taking care of their people. That is the secret of military leadership. The most essential leadership resides at the team, squad, section, detachment and platoon level. The success of the military, and our national security, depends upon the leadership of thousands of small unit leaders - non-commissioned officers and junior officers. Together, they run aircraft carriers on the open seas, maintain outposts on battlefields and wage air campaigns in perilous situations.

Now that many of these leaders are returning to civilian life, we must make better use of their talents in our businesses and communities. The vast majority of the nearly 2.8 million post-9/11 veterans are the corporals and sergeants, lieutenants and captains who once ran the military on a daily basis.

The vast majority of the nearly 2.8 million post-9/11 veterans are the corporals and sergeants, lieutenants and captains who once ran the military on a daily basis.

The skills of junior officers and NCOs

A brand new officer is entrusted with the mission, resources, morale, development and welfare of about 40 young American men and women. That’s on Day One. The day you walk into a platoon, that’s your level of responsibility.

Think of what civilian profession or vocation entrusts that level of responsibility with a 22-year old. The same holds true for non-commissioned officers – the sergeants and corporals who get business done in the military world.

There’s a saying in the military that non-commissioned officers are the backbone of the military. Going back to Valley Forge, the NCO corps has served as the informal leaders and influencers who ensure accomplishment of the task at hand and provide the direct leadership within the organization.

True leadership is the art of making things happen, so early on in an enlisted person’s career, really as a corporal, they are responsible for at least four and up to nine people. They are accountable for not just their lives, but the accomplishment and achievement of the objectives of that particular organization, whether it’s an infantry squad or a technical maintenance unit for communication devices.

They are accountable for not just their lives, but the accomplishment and achievement of the objectives of that particular organization, whether it’s an infantry squad or a technical maintenance unit for communication devices.

There’s a level of responsibility and expectations for the most junior folks that they’re going to get those things done while maximizing their resources.

These skills translate on many levels, which is why America’s businesses, universities, communities and even the political world will benefit by embracing and using these critical civic assets. After all, we have invested so much in America's military veterans.

The fundamental values are those of duty, honor, commitment, country, loyalty, respect, service, integrity and courage.

Together, these values lead to character, which produces consistency and reliability. For employers, that combination has a practical effect. Businesses can stand by decision-making that is based upon character and values.

Less than one in four Americans under the age of 25 are physically, mentally, and morally qualified for military service. To join the military, you can’t have any major legal infractions. Those basic physical and health standards correlate to long-term wellness and reduction of health care costs.

Before they could even enter the military, they needed a high school diploma and had to pass a standardized test. And, the fact is, most young enlistees already have half a semester of college.

Depending upon their specialty, the military invests about $100,000 in basic technical and in some cases advanced technical skills. When people think of the military, they rightly think of what it takes to fight and win wars. But there are over 200 different military occupational specialties or jobs within the military. If there’s a job in the civilian world, there is a military equivalent in all four branches of the service.

The military is a true meritocracy.

Planning, preparing for, and executing military operations is an extremely decentralized process. That is why so much responsibility and authority is pushed down to junior levels. Along with the authority comes formal leadership training as well as extensive real world experience.

Think of it this way. In places like Iraq and Afghanistan, veterans have had to seamlessly go back and forth between taking fire one moment, working with a village’s leaders the next, and collaborating with a diverse range of partners after that.

From an employer’s perspective, these qualities are invaluable. And these folks have been pre-screened before they even began their military journey. 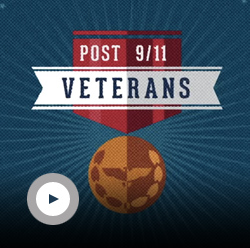 Learn more about the skills and leadership abilities of post-9/11 veterans.

Yet, for a number of reasons, we have a problem getting these talented individuals into positions where they can use their skills. There is a mutual lack of understanding between civilians and military members.  That misunderstanding is exacerbated by public perceptions that the veteran is either a hero or a victim to be pitied. This is known as the military-civilian divide, and people often wonder why it takes such an intense national effort to bridge that divide.

The indoctrination, training, language, culture, deployments, experiences, and, for some, the wounds of war, create a natural divide. Put another way, the priorities in one world may take on a different importance in the other.

The priorities in one world may take on a different importance in the other.

An example is the notion of networking, which is widely known in the civilian world to be a critical element for professional development and career growth. In the military, where mission and the team always come first, networking can be perceived as shameless self-promotion.

Human resource professionals and hiring managers often say that military folks are not able to articulate the specific skillset and experiences they could bring to an employer. They constantly talk about “we” and “us” and what the team accomplished. They don’t talk about what they achieved as an individual.

But when they’re able to successfully navigate that transition, and it’s a two-way street, young service members are often proven successful. A perfect example is John Raftery, a veteran Marine sergeant who served during the initial invasion of Iraq. 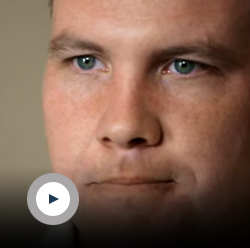 When the men and women of our military return home from combat, they face a new set of challenges. John Raftery is one of those men. This is his story.

After two tours of duty, John left the service, got a college degree, and became an accountant. After dealing with post-traumatic stress and figuring out he didn’t want to be an accountant, John became an entrepreneur.

He used his own experiences to start a company called Patriot Contractors. Two years ago, John’s company was recognized by Inc. Magazine for being one of the top 10 fastest-growing companies within Texas. Last year, his construction company generated more than $10 million in revenues and employed 20 people.

This is a young Marine sergeant, not a commanding general or an admiral. He has made a difference by using his training, education, values and experiences, including and especially his leadership and management skills.

This is a young Marine sergeant, not a commanding general or an admiral. He has made a difference by using his training, education, values and experiences, including and especially his leadership and management skills.

John exemplifies how the military has served, and will continue to serve, as a cradle of leadership for our nation, communities and businesses. Those 2.8 million post-9/11 veterans live in every town and can be a part of every business and community in America.

Our military veterans stand ready to influence these issues by coming home and leading small businesses, impacting large businesses, running our schools and leading Little Leagues and Sunday school programs. They are a national cadre of civic assets who, when given the opportunity, will make our businesses, our schools, our institutions and our communities stronger.

We don’t need every one of them to have the scope and skill of a general. It’s the 2.8 million sergeants, corporals, lieutenants and captains that we need. That is the secret of the leadership that the military can provide and that the United States needs. 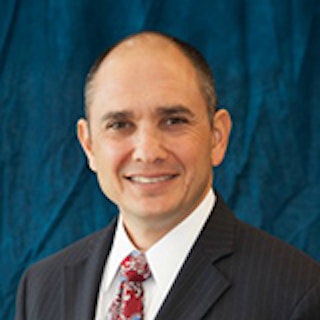