A Call to Lead: Public Service is a Noble Cause

An Essay by Margaret Spellings

The vast majority of elected officials, teachers, police officers, and other men and women in the public arena are dedicated servants that we are lucky to have.

President Bush often reminds us that to whom much is given much is required. This biblical reference invokes notions of leadership and service, qualities that each of the authors in this inaugural issue of The Catalyst have clearly demonstrated. Unfortunately, today it is fashionable to castigate, mock, and dishonor those Americans who have served in the public sector as elected officials or as “bureaucrats.”

It’s easy to pile on with stories of foolishness or incompetence, and on occasion we all have delighted in doing that -- myself included -- but we do so at our peril.

It is hard to imagine why good and able people would offer themselves up to work policing our streets, educating our children, or standing for office when those individuals are referred to as “losers” or laggards and whose judgment, intellect or integrity are called into question time and time again.

The French philosopher and revolutionary Joseph de Maistre said that “every country has the government it deserves” and in a democracy we have the “leaders we deserve.”

As someone who has spent much of my career in public service, I can tell you that many of the smartest, hardest-working, and most thoughtful and able people I know are those I had the privilege of working with in the public sector. They often served at considerable sacrifice to themselves and their families, and we are lucky they suit up every day to see about the problems and work of the American people.

I can tell you that many of the smartest, hardest-working, and most thoughtful and able people I know are those I had the privilege of working with in the public sector.

During my days in Washington and Austin, most of the people I came across in every branch of government were there for the right reasons. Did I agree with every one of them or with everything they did? Of course not, but I tried to hold the belief that no matter their point of view, their motives were pure and their intentions good.

Like me, I believed they desired a rewarding and stimulating career of making a meaningful difference in the lives of our fellow citizens no matter their role in the organization. I certainly hope they thought that about me -- that I was there for the right reasons, too.

The problems our public officials and public servants are confronting are as thorny and intractable as ever. Now more than ever we need our smartest and most able Americans working to keep us safe, educating our young people, and building our communities. When public service and those who live it are demeaned or dishonored, and when we discourage those we sorely need from offering themselves up to this work, we create a culture of disrespect for our nation’s institutions.

In education, for example, our aging workforce will necessitate the recruitment and retention of teachers over the next decade to educate our students for the global knowledge economy, but our best and brightest are choosing other fields. For example, California had 21,500 teacher vacancies to fill this school year, but the state only issued 15,000 teaching credentials. Yes, some of it is related to pay, no doubt, but the diminishment of the field of teaching has not helped lead our best young minds into careers in education. The old saw “those who can, do; those who can’t, teach” engenders a corrosive attitude about the teaching profession.

The diminishment of the field of teaching has not helped lead our best young minds into careers in education.

Many teachers have told me they fear being candid with parents and often shirk from honest feedback on students. They fear a lack of credibility with parents and a presumption that the child is always right. This is a far cry from my day when teachers were respected and sometimes feared!

This photo of Portland Police Sgt. Bret Barnum hugging Devonte Hart at a Ferguson demonstration in Portland, Oregon went viral and was nicknamed “the hug shared around the world.” (Johnny Nguyen)

In law enforcement, our police officers that risk their lives each day are often viewed with suspicion and disdain. Recent events in communities like Ferguson and Chicago have intensified those views, but it is important to remember that the vast majority of police officers are good, honest, honorable men and women who keep our communities safe and livable. The “cop crunch” is the phenomenon to describe a lack of law enforcement personnel – especially women and minorities – and a scary trend that will make us less safe and more vulnerable.

Our federal work force is graying and the “kick the dog” rhetoric from politicians surely doesn’t engender enthusiasm from able young people to seek a life of public service in their government. We can’t complain about competency in government and simultaneously denigrate those who serve.

Finally and regrettably, those presidential candidates faring poorly in the polls are those who have led our states and demonstrated the executive skills and temperament required to govern in challenging times. Since when did having experience to do a job become a disadvantage in getting that job?

As I prepare to re-enter the public arena in March as the President of the University of North Carolina System, I hope for two things. First, that elected officials, my fellow state employees and the faculty and staff of the universities there will know how much I admire and respect their contributions and second, that my fellow citizens will show their support for those who work on their behalf. After all, to whom much is given, much is required. 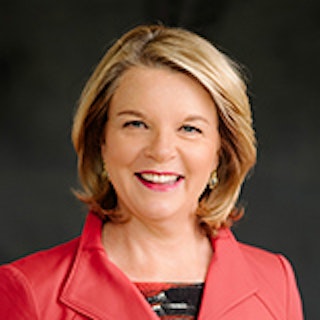