Congressional Perspective: The Timing is Right for Immigration Reform

The United States welcomes more immigrants than any other country in the world.  Immigration reform is necessary to continue to secure our borders as well as benefit from immigration.

Rep. Lamar Smith, R-Texas, has represented a South Texas congressional district since 1986. The San Antonio Republican previously chaired the House Judiciary Committee, where he engaged in numerous debates over immigration laws. The Catalyst asked Smith, who is retiring from Congress this year, for his views on the next steps for immigration policy.

You have watched immigration debates your entire congressional career. What will it take for Congress to finally move forward on immigration reform?

The Securing America’s Future Act bolsters enforcement of existing immigration law, makes important reforms to our legal immigration programs, secures the border, and provides a legislative solution for the current beneficiaries of the Deferred Action for Childhood Arrivals (DACA) program.

The timing [for immigration reform] is right now. The GOP Congress and the President are pushing for it.

You have focused on the policing of workplaces. How would you have employers verify the legality of their employees?

My E-Verify bill, the Legal Workforce Act, requires employers to check the work eligibility of new hires. E-Verify is the most effective deterrent to illegal immigration because it shuts off the jobs magnet and saves jobs for Americans workers. E-Verify receives the most public support – 82 percent – of any proposed immigration reform. E-Verify is already used voluntarily to cover one-third of the workforce.

You live close to the border. What would effective border enforcement look like to you?

Effective border enforcement would include substantially reducing the half-million illegal immigrants crossing the border each year. Also, to be effective, we need to increase the number of Border Patrol agents and use technology that can deter illegal entries.

As you know, the status of illegal immigrants already living here has been a perennial issue. What do you think should happen to them?

Our country is the most generous in the world, welcoming over 1 million legal immigrants each year. By rewarding those who came here illegally, we are insulting those who played by the rules and entered the right way.

Does that mean illegal immigrants should be deported?

Immigration laws should be enforced. 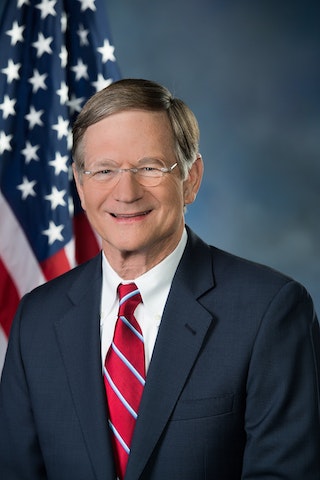