As a member of the Gang of Eight, Sen. Jeff Flake fought alongside Democrats and Republicans for immigration reform in 2013.  In 2018, he's still on the front lines of immigration legislation.

Sen. Jeff Flake was a member of the Gang of Eight, the bipartisan group of senators who last tried for – but failed to achieve – a large-scale immigration reform overhaul in 2013. The Catalyst asked the Arizona Republican to reflect back upon that experience and discuss how Washington now should approach immigration issues.

What did you learn from your experience in the Gang of Eight?

The experience confirmed that, this is tough. [Laughter]  It is tough to get a comprehensive proposal through the Senate, to say nothing of getting it through the House. We were successful with the former, but not with the latter.

Comprehensive reform is particularly difficult given the way the media has been segmented and congressional districts have been gerrymandered. The evolution in our politics makes getting bipartisan buy-in very difficult. It is easy for an issue like this to get politicized in an election campaign.

The evolution in our politics makes getting bipartisan buy-in very difficult. It is easy for an issue like this to get politicized in an election campaign.

Is it possible to go big and deal with everything from the appropriate flow of legal immigrants to border security to illegal immigrants living here to students who came here at a young age with their parents?

We were able to do this in the Senate and were close in the House until [GOP House Majority Leader] Eric Cantor’s defeat. His loss in a 2014 primary was perceived as being because of the immigration bill, but that was not the reason.

Either way, this is difficult to do. To get these difficult individual items done, you have to put them in one package and get tradeoffs.

Either way, this is difficult to do. To get these difficult individual items done, you have to put them in one package and get tradeoffs.

So, are tradeoffs what make comprehensive reform the way to go?

Democrats didn’t like that, but they got other things they did like. We had the Dream Act and protections for H1-B workers. And the treatment of the 11 million illegal immigrants was more in line with what the Democrats wanted.

Although it is not quite this simple, generally the tradeoff is between border security and interior enforcement for Republicans and a more permissive treatment of the illegal population for the Democrats.

If the situation came to it, and you couldn’t do a comprehensive package, which of these elements might most be able to get through on their own?

I always thought the Dream Act, or a solution for DACA [Deferred Action for Childhood Arrival] students, but we are finding out the limits of that theory. They are the most sympathetic population, but this is another indication of why comprehensive is the only way to go. You can’t get the tradeoffs.

Sometimes, though, you can sequence things. You can say we have border security here, and something else later. Or you can use trigger mechanisms like we used in the Gang of Eight bill. For example, you could adjust the status for some of the illegal population only after certain elements were achieved on the border. We had all of that in one bill, but you could do that in separate pieces of legislation if you sequence them correctly.

That is difficult to do, and it presupposes a more functioning legislative body than we have right now.

You approach immigration as a libertarian in the Goldwater mold. How do you sell that to the larger party as well as labor groups that historically have not been enthusiastic about competition from more workers?

It is difficult, particularly in this current political situation. But you do it with tradeoffs for a comprehensive bill.

Given the way districts are gerrymandered, the only game in the House are the primaries. Trying to appeal to some House members on traditional Republican or libertarian views on immigration is difficult because the party has moved in that regard.

You mentioned redistricting a couple of times. Is that something that has to happen before you can get to comprehensive reform?

No, I think a political realignment would be more likely. If Republicans were to lose the House, nothing focuses the mind like a big loss. After Mitt Romney’s presidential loss in 2012, we came forward and put together the autopsy. I even recall Sean Hannity saying, okay, time to do comprehensive, we have to appeal to a broader electorate.

But a populist rose up and we chased the shiny object again. I am almost resigned that it will take a different political environment. 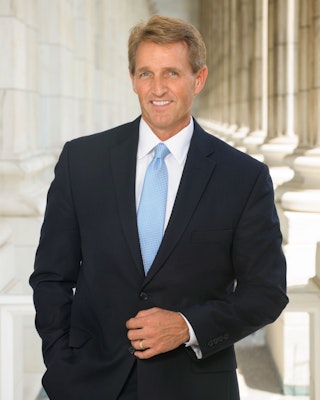