Having fought for their freedom by escaping their troubled countries, refugees are a determined force that contribute to the American economy and  local communities.

It was 1999 when Kalondji Nunda’s father and brother were hunted down and stabbed to death.

At the time, Nunda lived in Congo with his wife and five children. When Rwandans settled in his tribe’s village, he advocated for peace. But peace was not what his tribe wanted. Nunda became a marked man.

His family ran for their lives from 1999 to 2001, seeking refuge and planning their next course of action. In 2001, they entered a refugee camp in Africa. Like many, they stayed in the camp until they could clear immigration in Canada, Australia, or the United States.

Nunda is not from one of the 11 countries recently deemed high-risk by the U.S. government — Egypt, Iran, Iraq, Libya, Mali, North Korea, Somalia, South Sudan, Sudan, Syria and Yemen. But what he does have in common with refugees from these countries is his determination to live. While each story differs, many refugees have escaped persecution and are searching for a better life in America.

While each story differs, many refugees have escaped persecution and are searching for a better life in America.

Of course, recent rhetoric suggests that refugees, especially those coming from “high-risk” areas, pose a threat to Americans and that we should fear them. Those opinions are largely based on misinformation, although opponents of a more welcoming society have used this rhetoric to limit the flow of refugees into the United States.

A refugee child holds his Christmas gifts at an event by Gateway of Grace, a Dallas-based non-profit organization. (via Facebook)

Organizations working to change that rhetoric, such as Dallas-based Gateway of Grace, provide opportunities to engage Americans and share the reality that refugees are trying to escape persecution. Founder and Executive Director Samira Page believes media portrayal of refugees as political subjects misguides Americans in understanding who they are and how they contribute to the United States.

The portrayal must be having some effect. According to the State Department, from Inauguration Day to Dec. 31, 2017 the Trump administration accepted 29,022 refugees. That is the lowest number since at least 2002. The decline will only continue into 2018 since the White House has issued a cap of 45,000 refugees a year.

As the decline in refugees continues, the trend will directly impact the American economy. Refugees commonly work in the service industry, occupying positions that many Americans shy away from. They also have a drive and determination to succeed that is very unique to the refugee and immigrant population. Most come to the United States having left everything they have behind. Without securing a job to generate income they will starve -- failure is not an option.

As the decline in refugees continues, the trend will directly impact the American economy. Refugees commonly work in the service industry, occupying positions that many Americans shy away from.

A study by Global Detroit found that in 2016 alone, refugees who resettled in Southeast Michigan over the past decade generated between $229.6 million and $295.3 million in new spending, along with 1,798 to 2,311 jobs. In total refugees boosted the economy in Southeast Michigan between $164.3 million to $211.3 million. It is likely that many Americans don’t realize the positive impact refugees have on the economy.

Still, refugees do face many challenges. Like Nunda, many must learn English, how to drive, and how to culturally adjust. And the cities they settle in face similar challenges.

For example, language barriers can prevent adults from understanding how to register their children in schools. Once those children are registered, schools must adjust their teaching methods based on language and cultural barriers.

However, organizations like International Rescue Committee and Dallas’ new Office of Welcoming Communities & Immigrant Affairs work with the State Department to help refugees assimilate. For Nunda, assistance came in form of a three-year loan that covered his family’s travel. When he landed in Dallas, a stranger with the International Rescue Committee brought him to his home in Vickery Meadow, a community in Dallas that houses most of the refugees in the area, and taught him how to open a bank account and apply for jobs.

Nunda has now lived in Dallas for five years, has a steady job at a restaurant, knows how to speak English, and has a mortgage for his new home.

Nunda’s daughter, Josephine Kalondji, came to the U.S. when she was in seventh grade. She recalls her initial U.S. schooling experience being “terrible,” as she didn’t speak English. But, her frustration pushed her to learn more quickly.

Now in 11th grade, Josephine speaks English on level with her U.S.-born classmates. In the future, she plans to study engineering and work in public service.

The importance of Nunda’s journey

Nunda’s story represents the drive and determination that many refugees share. Liz Cedillo-Pereira, director of Dallas’ Office of Welcoming Communities & Immigrant Affairs, says this spirit is critical to their success.

Cedillo-Pereira said that Dallas has recognized what a “treasure” refugees are to the area, and since the 1980s has worked to embrace them. With a successful and quick resettlement, the contributions of refugees are included in the economy much more quickly. In turn, that allows them and their children to prosper in the community.

There is no one way to help refugees assimilate. But in Southeast Michigan and Dallas, where the refugee population is higher than the national average, refugees are largely assimilating successfully and living productive lives in large part due to the community. These victories deserve national attention. I also hope they help change the rhetoric.

Facts, not fear, should help pass any overhaul of our immigration policy. Refugees don’t play a small portion in making America great, they play a significant role in elevating this country. Without them, the United States will not be seen as a leader. The economy will not be the powerhouse it is today. And the respect this nation has garnered as a safe haven for those who seek refuge will be diminished.

Facts, not fear, should help pass any overhaul of our immigration policy. Refugees don’t play a small portion in making America great, they play a significant role in elevating this country.

The U.S. once had compassion for people like Nunda who escaped persecution to save their families. Isn’t it time to bring that compassion back? 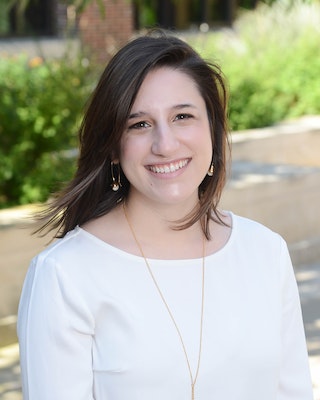