Dreamers are used to living in uncertainty, but they have not given up hope for a long-term solution to this hot-button issue.

“How are you feeling about the Dream Act getting passed this year?” a reporter asked me, his eyes glancing at business leaders filling a conference room to hear a group of panelists talk to the Dallas Regional Chamber about DACA — the Deferred Action for Childhood Arrivals (DACA) — program.

I was the only DACA recipient on the panel, a young Yale-educated community organizer. The speakers — three company executives, a lawyer, the mayor of Dallas, and some members of Congress — were taking their seats, and I was getting nervous. And when I get nervous, I tend to exaggerate.

“I’m feeling very optimistic” I said. “I believe that it can be done before the end of the year.”

Fast forward three months, and a solution to the Trump administration’s termination of the DACA program remains hostage to right-wing and left-wing factions that have seized the public’s awareness about the initiative’s recipients. On the right, opponents of generous legislation for Dreamers — a name that DACA and non-DACA young immigrants give to themselves — argue that such legislation would create incentives for further unauthorized immigration. And on the left, activists will accept nothing less than a legislative deal that would establish a pathway to citizenship for Dreamers without providing money for border security and internal enforcement. These differences contributed to the government shutdown.

... the Trump administration’s termination of the DACA program remains hostage to right-wing and left-wing factions that have seized the public’s awareness about the initiative’s recipients.

The vast majority of the general public, meanwhile, cares little for either side’s extreme views. According to a recent CBS poll, almost three-fourths of Americans support the idea that DACA recipients should remain in the United States. Do most Americans care whether we are citizens, permanent residents, or conditional permanent workers? Hard to say. Right-wing media sources say one thing, left-wing sources say another.

And what do Dreamers say? The reality is that Dreamers are a diverse group of adults who want different things, and I cannot speak for any individual person. But as a community leader, I must lend a voice to Dreamers as a group.

The reality is that Dreamers are a diverse group of adults who want different things, and I cannot speak for any individual person.

What I can say about myself and my friends is that we want to stay in the United States. We want to have good jobs and educational opportunities. Some of us simply want to be left alone and in peace. Some of us want to become U.S. citizens and fully participate in the democratic process. And all of us, I’m sure, want to be happy.

Dreamers live through a political telenovela, from heartbreak and disillusionment to hope and renewal (a word to be taken literally and figuratively, as only Dreamers who have to reapply for DACA understand). In December, Congress’s decision to refrain from debating a solution for DACA in the negotiations for the budget angered left-leaning and right-leaning Dreamers alike. Negotiations resumed in early January, but with the decision by a federal court to reinstate the DACA program and with intense feelings over the shutdown, the prospect of achieving a deal appears to be in question.

Dreamers are used to this drama and uncertainty. We’ve experienced them for years. We didn’t know if we would go to college or work legally. We didn’t know how we would pay for our DACA applications or make ends meet when our work permits expired. And we certainly didn’t know that the opportunity to pass a permanent solution to DACA would come during Donald Trump’s tenure.

So what is it going to take to pass a deal on DACA? To achieve a long-term solution, we need the support of communities that have traditionally shaped the narrative of the American Dream.

To achieve a long-term solution, we need the support of communities that have traditionally shaped the narrative of the American Dream.

That means we must continue talking to the business community because businesses employ Dreamers and disruptions to businesses’ labor force are costly and irritating. We must also reaffirm the support of the faith community. Faith leaders must understand the DACA crisis as a test of our nation’s moral character, and churchgoers should see the solution to DACA as a chance to do right by God.

Finally, a legislative solution to the DACA crisis would take into account DACA recipients’ interests while incorporating the people who were left out of the program for arbitrary and unjustifiable reasons. Any provisions for immigration enforcement should be left to the activists and politicians to hash out.

I don’t exaggerate when I say that I am optimistic about a DACA deal happening soon. We just need a little inspiration. 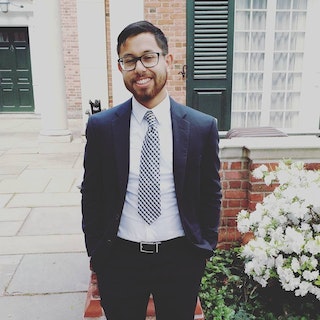 Juan Carlos Cerda Juan Carlos Cerda arrived in Texas from Mexico as a seven-year old. He later graduated from Yale University, taught in a Dallas public school under the DACA program, and is now a community organizer.